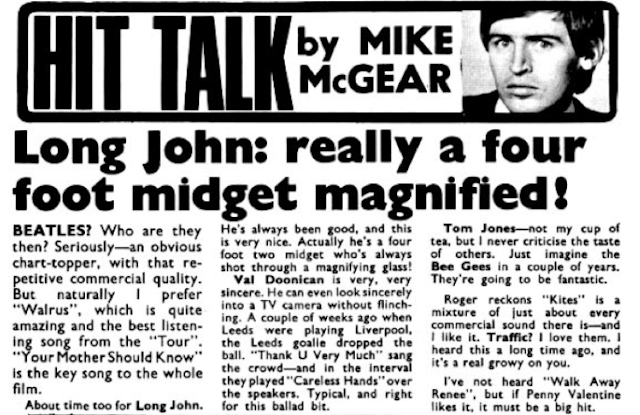 Review: "McGear" 2-CD+DVD reissue is a must for Paul fans 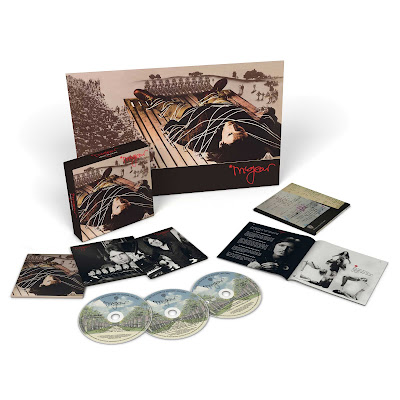 The buzz among Beatles fans right now is all about the upcoming anniversary edition of Abbey Road. But that shouldn't let another new archival release slip your attention.

McGear, a 1974 release by Paul McCartney's younger brother, Mike, is out now in an excellent 2-CD, 1-DVD mini box set, and it shouldn't be dismissed as a for-completists-only release.

If you're unfamiliar with it, the sound of McGear might best be described as "Mike McCartney and Wings." While Mike sings lead on all the tracks, they also all feature vocal and instrumental parts performed by his older brother, who produced the album and wrote or co-wrote most of the music. Linda McCartney and Denny Laine join in on backing vocals on many tracks, and the great Henry McCulloch, pre-dating any of his recording sessions with Wings, contributes some excellent lead guitar work.

Song-for-song, McGear contains some of Paul's best work of the 1970s, even if he's not singing the lead vocals. If you've not heard the album and are a fan of Paul's solo/Wings work, you're in for a treat.

Mike isn't he singer his brother is - his vocals are thinner and more nasal - but with the support he's provided here, and the strong material, it hardly matters.

Highlights of the album include the entirely Paul-penned "Leave It," which was released as a single that hit #36 in England. If sung by Paul and released under his name it likely would've been an instant #1. "The catchy "Rainbow Lady," with it's gorgeous Wings-style backing vocals from Paul, Linda and Denny, is another should've been hit, as is the waltzing, lovely "Simply Love You."

Really, there's not a bad song on the album. Mike's take on the Bryan Ferry/Roxy Music track "Sea Breezes" isn't the liveliest opening track, but it's an interesting choice, and perked up by "Uncle Albert"-ish oompa section in the middle. Second tune "What Do We Really Know" is an up-tempo rocker with heavy, distorted guitar, Wings harmonies and spirited yelps from Paul near the end. The oddball "Norton," about a despised school classmate,  meanwhile, sounds a bit like a John Lennon poem set to music. Mike, a member of Liverpool's 1960s satirical/poetry troupe Scaffold, is known for his sense of humor and, sensibility wise, probably leans more toward John than his older brother.

"The Casket," a haunting nautical ballad, is another odd but compelling track, which takes its lyrics from a poem by Mike's fellow Scaffolder-er Roger McGough. Paul provides a beautiful haunting musical arrangement, featuring aeolian pipes played by the Chieftain's Paddy Moloney, in an appearance pre-dating his work on Paul's Tug of War LP by several years.

"Given' Grease a Ride," meanwhile, is synth-festooned car song with a bass line lifted straight from Johnny Kidd and the Pirates "Shakin' All Over," while the album's closing track, the spiritually minded "The Man Who Found God on the Moon" includes some lovely, brotherly harmonies. You're reminded, listening, that Paul learned how to do Every Brothers-style harmony singing with Mike before he finally met up with John.

The first CD in the set is rounded out by the non-album single "Do the Do," a glammy rocker with vocal contributions from the Bonzo Dog Band's Viv Stanshall, and "Sweet Baby," a lovely Mike, Paul and Linda-penned song that served as the B-side to "Leave It" but could've/should've been a hit on its own. As Mike has noted, the song's original title was "All My Loving," but another group had already copped that title.

The second disk is a hodgepodge of McGear outtakes and rarities from roughly around the same period. There's some oddball stuff here, including "A to Z," a "Sesame Street"-style counting song with way-way guitar and babbling Moog; the Steely Dan-slick "Girls on the Avenue"; A couple of traffic safety jingles, and the environmentally minded "All the Whales in the Ocean." Not stuff you'll listen to a lot, but nice to have.

The region-free DVD (which plays on my computer but, likely for some technical reason I don't understand, not my rec room player) includes interviews with Mike, which are well worth a look. He's an engaging, funny storyteller who comes across as far more open and revealing than his older brother. The guy clearly loves to talk.

The set also includes a nice, informative booklet and a small poster of the album's cover art. You can order it from Amazon now.