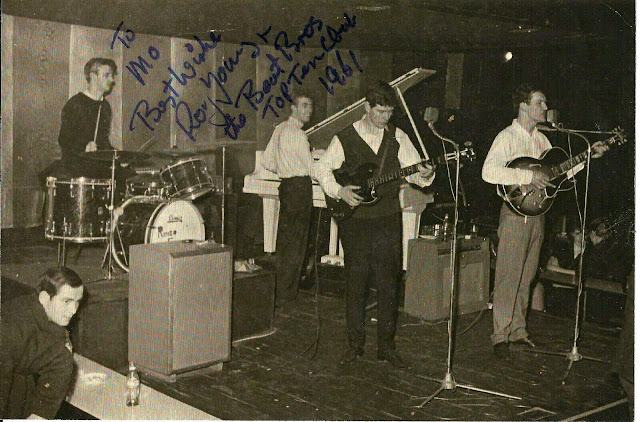 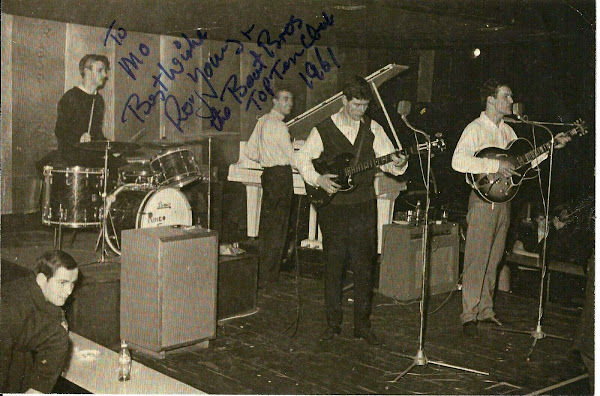 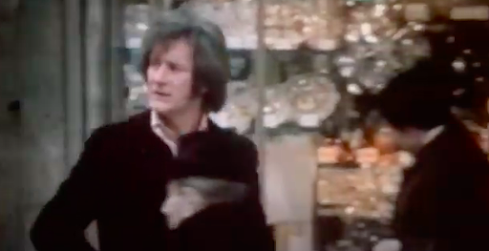 Sheridan was a English singer who was well-established a performer in Hamburg's nightclub's when the Beatles' first starting playing in the city. The band backed him on several recordings, including "My Bonnie" and "The Saints," which were released on the Polydor label in Germany.

Sony/ATV, which holds rights to most of the the Lennon-McCartney song catalog has signed a licensing deals that will make Beatles lyrics available for plastering on various products such as coffee mugs and greeting cards.


"We envision a broad licensed products campaign that encompasses everything from apparel, accessories and wall art to home electronics, gifts, stationery, and more," commented Lisa Streff, Epic Rights' executive vp of global licensing. "From All You Need is Love to Hey Jude, the opportunities to develop high quality merchandise that incorporates the words and sentiments of Paul McCartney and John Lennon's lyrics are limitless."

Mary McCartney talks about her mom's pioneering range of vegetarian meals and her own work to help launch the Meat-Free Monday campaign.


"She didn't even realise what a food revolutionary she was," says Mary proudly. "Vegetarian food ranges are quite mainstream now, but when she started, it was completely unheard of to have a range like that. I think we're all quite proud of it, and we want to work to ensure it carries on her ethics."

An economic study predicts the Beatles "brand" will generate $600 million this year alone.

The contract the Beatles signed to record their first professional single, "My Bonnie," with Tony Sheridan in 1961 is now up for bid via Heritage Auctions with a minimum bid of $150,000.

The document is part of a 300-plus-item collection owned by German Beatles expert and collector Uwe Blaschke. Much of the collection was displayed in a Beatles-themed museum in Hamburg.


Among the collection's highlights is a vintage snapshot of 17-year-old George Harrison modeling his first leather jacket, taken in 1960 in Hamburg shortly before his deportation from Germany for being underage (est. $3,000+); a postcard sent by Ringo Starr to his grandmother from Hamburg, signed "Lots of Love, Richy xxxxx" (est. $4,000+); an autographed copy of the group's first EMI single, "Love Me Do," (est. $10,000) from 1962, and a 1961 letter from Epstein to the Top Ten Club in Hamburg concerning a Beatles booking (est. $1,500+).

Here's a look at the contract and the picture of George: 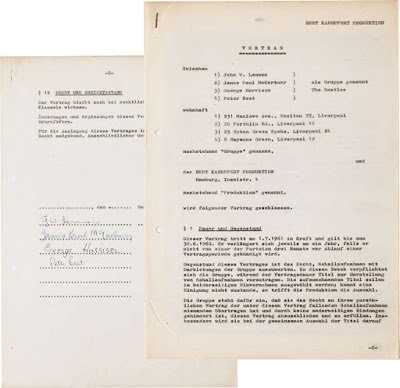 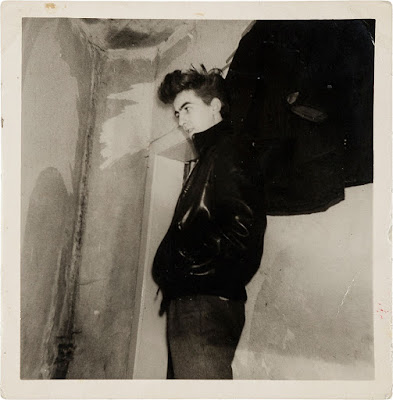