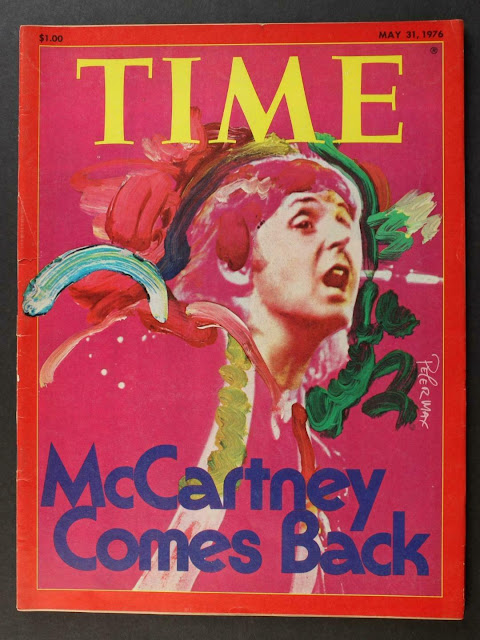 Available for download from Amazon now. This is a great vintage profile of the Beatles during the transition from mop-topped teen idols to the artistic force behind Sgt. Pepper. Well worth reading. 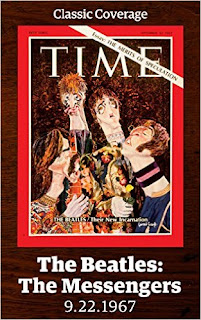 The cover on a new LP album called Sgt. Pepper's Lonely Hearts Club Band is a photo-montage of a crowd gathered round a grave. And a curious crowd it is: Marilyn Monroe is there, so are Karl Marx, Edgar Allan Poe, Albert Einstein, Lawrence of Arabia, Mae West, Sonny Listen, and eight Beatles.
Eight? Well, four of them, standing around looking like wax dummies, are indeed wax models of the Beatles as most people remember them: nicely brushed long hair, dark suits, faces like sassy choirboys. The other four Beatles are very much alive: thin, hippie-looking, mustachioed, bedecked in bright, bizarre uniforms. Though their expressions seem subdued, their eyes glint with a new awareness tinged with a little of the old mischief. As for the grave in the foreground: it has THE BEATLES spelled out in flowers trimmed with marijuana plants.

With characteristic self-mockery, the Beatles are proclaiming that they have snuffed out their old selves to make room for the new Beatles incarnate. And there is some truth to it. Without having lost any of the genial anarchism with which they helped revolutionize the lifestyle of young people in Britain, Europe and the U.S., they have moved on to a higher artistic plateau.

This story is part of the TIME Classic Coverage Collection from Time Inc. This is a reproduction of a story that appeared in the September 22, 1967 issue of TIME magazine.