A cool pic from the Meet the Beatles for Real blog: John Lennon autographs copies of Double Fantasy in his Dakota building office. 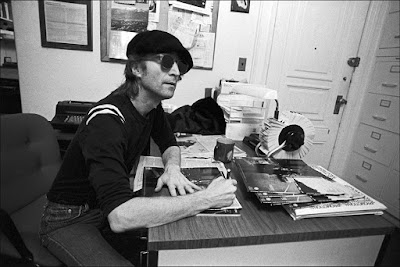 
Ringo acquits himself nicely in some solid action sequences: He shoots a poisonous snake, tortures Blindman, stabs an old rancher to death, and (spoiler alert) eventually meets his end in a cave, where the sight-impaired, sure-shot gunfighter confuses him with some well-timed dynamite explosions before putting some lead in the back.


“The man who’s been defined by a song writing partnership - if anyone can give me some advice, it’s him.

“So, I told him what had been going on and he took a minute and he looked at me and he paused and said ‘that’s band’s for you’.

“And, actually, I haven’t really thought of a better way of putting it. He knows a thing or two about bands.”

The Daily Telegraph reviews a new biography of Tara Browne, the Beatle friend who inspired the lyrics of "A Day in the Life."


At the decade’s apex the elfin, velvet-clad Browne seems to have been everywhere: consorting nightly with Brian Jones at the Scotch of St James, racing sports cars (both around London and in competition), dining in Paris with Dalí, posing for Gentlemen’s Quarterly alongside fellow dandies such as Christopher Gibbs, but also spending his days “in garage overalls” when most of his peers were “in lace and satin”. At his friend Len Street's garage, he tinkered engines for crooks who wanted getaway cars that could run at 120mph until they conked out, sufficiently far from the scene. 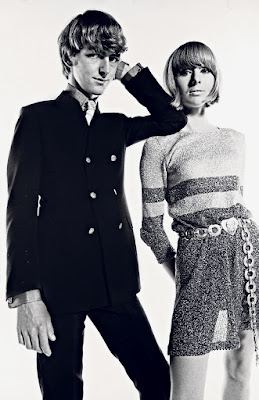