A draft letter John Lennon sent Queen Elizabeth II when returning his M.B.E. medal in 1969 has been valued at £60,000 at a Beatles memorabilia fair in Liverpool.


The letter was discovered tucked away inside the sleeve of a record that was part of a collection of 45s, which was picked up for £10 at a car boot sale 20 years ago. It was recently discovered in the owner’s attic who wishes to remain anonymous.

Darren Julien of Julien’s Auctions who led the day at the Beatles Story said: “We’ll be doing some further research but this could be the Beatles find of the year. There is no doubt that the handwriting is definitely that of John Lennon.

“You can quite clearly see that the signature in this letter has been smudged. My theory is that John Lennon never sent this draft because of the smeared ink. If you’re writing to The Queen, you want the letter to look pretty perfect, you don’t want the ink to be smudged.

“This suggests that he wrote a second version of the letter, which was the one that was actually sent to The Queen.” 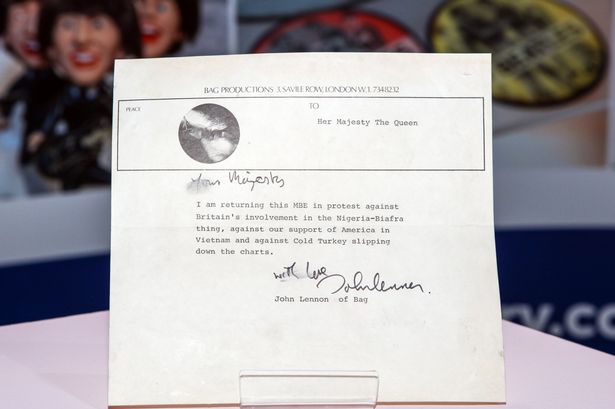 
Westminster City Council gave planning permission for the boats, which will be moored opposite the Hammersmith and City line entrance to Paddington Station and decorated by the artist best known for created the album cover for The Beatles’ St Pepper’s Lonely Hearts Club Band.

One boat will be used as a cafe with an exhibition space and additional seating on the roof, while the other will have a dual retail and restaurant use with tables and chairs on the roof.

Paul McCartney has contributed a new song to the soundtrack of the upcoming animated feature "Ethel and Ernest," adapted from Raymond Briggs' 1998 storybook of the same name, The Telegraph reports.


McCartney's new song, titled In the Blink of An Eye, plays over the end credits of the movie.

Getting one of the most famous names in pop music to write a track for your film might sound like a bit of a daunting challenge but Ethel and Ernest director Roger Mainwood says he had an advantage: McCartney was already a fan of Briggs's work

"I knew that Paul McCartney was a big animation fan and I knew that Raymond Briggs's book Fungus the Bogeyman had influenced Paul's 1980s track Bogey Music," he explained. "So I asked Raymond if he might write a letter to Paul to see if he was interested in composing a track for Ethel and Ernest,  which he did on Fungus the Bogeyman headed paper!"

The soundtrack is available for pre-order via Amazon UK, but not yet in the U.S. 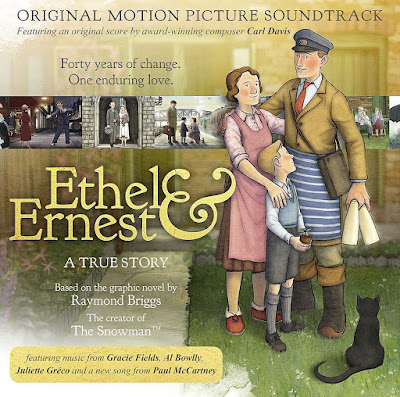 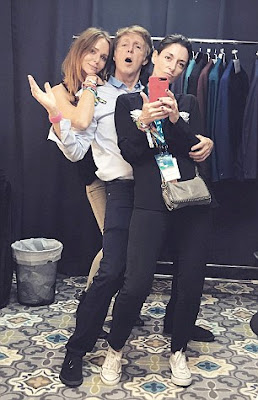 The Beatles' attorneys are moving to quash a "meritless" lawsuit filed by the estate of promoter Sid Bernstein over rights to a film documenting the band's famed 1965 performance at Shea Stadium.


Michael A. Kolcun, of law film Robins Kaplan, calls the suit “frivolous” and “entirely meritless” and says Bernstein “had no control over or input into the filming of the concert or in the production of the resulting film, The Beatles at Shea Stadium“, which was first shown in 1967.

The original complaint, by Sid Bernstein Presents, claims Bernstein retained the copyright to the the footage, despite The Beatles’ film-distribution company, Subafilms – with Apple Corps, one of two defendants in the case – obtaining a copyright registration in 1988.

“This case is an entirely meritless attempt by the corporate successor of the promoter of The Beatles’ celebrated concert at Shea Stadium, Sid Bernstein, to claim over fifty years after the fact that Bernstein was somehow an author and copyright owner of the film of that concert,” reads Robins Kaplan’s statement. “This is in spite of the following facts:

“First, Bernstein’s contract with The Beatles’ management company, Nems Enterprises Ltd (the predecessor-in-interest of defendants Apple and Subafilms), explicitly provided that: ‘[Bernstein] agrees to exclude from the premises and particularly from the immediate vicinity of the stage and the backstage areas all TV cameras, and/or photographers with motion-picture cameras and/or tape recorders unless specifically authorised by [Nems] […] [Nems] shall have the sole and exclusive right to photograph, film, videotape and/or record the performance of THE BEATLES and the entire supporting show during this engagement and any receipts derived therefrom shall belong exclusively to [Nems].

“Second, plaintiff admits that Bernstein had no control over or input into the filming of the concert or in the production of the resulting film, The Beatles at Shea Stadium.
Finally, plaintiff admits that Bernstein, throughout the nearly fifty years after the Shea Stadium concert until his death in 2013, never asserted any claim of authorship or copyright ownership in the film of the concert – which first aired nationally in 1967 – despite the consistent, notorious and exclusive claims of ownership by Nems, Apple and Subafilms, all of which excluded Bernstein from any receipts from their various exploitations of the film.

“As a matter of simple contract law, copyright law and the application of the statute of limitations, plaintiff – claiming to have received a general grant of Bernstein’s intellectual property rights – has brought an utterly frivolous claim for rights Bernstein never had. The complaint should be dismissed in its entirety with prejudice.”

A response to the motion for dismissal is due Nov. 2.

Phil Collins and Paul McCartney are feuding - at least according to Phil.

Collins, in an interview published earlier this month, said Macca acted arrogantly during an encounter 14 years ago, when Collins asked Paul to autograph a copy of Hunter Davies' Beatles biography.


According to Collins, McCartney -- then with second wife Heather Mills -- said, "Oh, Heather, our little Phil's a bit of a Beatles fan," which Collins took offense to.

“He has this thing when he’s talking to you, where he makes you feel [like], ‘I know this must be hard for you because I’m a Beatle. I’m Paul McCartney and it must be very hard for you to actually be holding a conversation with me.’”

Now Collins said Paul has contacted him about the comment:

"He's been in touch about it because he was upset," Collins says. "I certainly didn't get any flowers from him; I got more of a 'Let's just get on with our lives.' And I'm sorry he's upset that I kinda said something nasty about him -- well, it wasn't really nasty. If people don't tell people that sometimes their attitude could be a bit better then you're not gonna get any better, y'know?"

No official statement from Paul or his camp, yet. 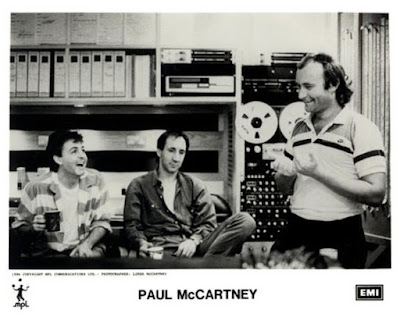