Something that would be nice to hear... 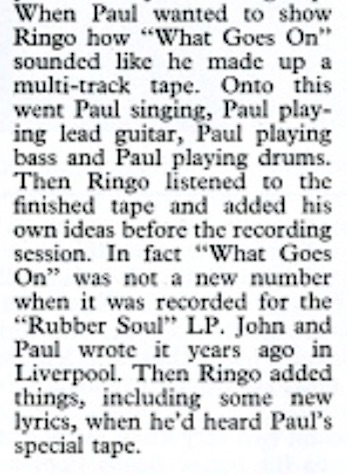 Original Paul McCartney demo for "It's For You" surfaces in Liverpool

Family members of late singer Cilla Black have found an ultra-rare Paul McCartney recording - the original demo for her 1964 hit "It's for You," written by the former Beatle.

The acetate disk, labeled "Cilla Black - It's For You," was found in the collection of one of Black's relatives who died last year. Members of his own family, thinking it was an old recording by Cilla took it to Liverpool's Beatles Shop, where it was played. The voice on the record, however, belonged to Paul, not Cilla.

"I was shaking with excitement and speechless," said Beatles Shop owner Stephen Bailey in a news release. "I realised that this was the long lost Beatles demo disc from 1964 and I was probably one of the few people to have seen and heard it in over 50 years."

He added: "Apart from a few crackles, which you get with acetates, the quality is fine. It's a wonderful recording.

"I can't think of finding anything better unless I discover there is a sixth Beatle."

Black wrote in her memoir, "What's it All About?," that "John and Paul wrote my next single ‘It’s For You’ and Paul introduced me to the song by sending a demo disc that he had made of it round to The Palladium. Although Paul had sung it as a waltz, George Martin took a big hand in my recording of it and asked Johnny Spence to arrange it."

Paul played piano on Cilla's recording of the song, which peaked at number 7 on the British charts.

The disc will go on sale August 27 at the Beatles Memorabilia Auction in the Paul McCartney Auditorium of the Liverpool Institute for Performing Arts and is estimated to fetch between £15,000 and £20,000.

Beatles fans can hear a 20-second clip of the recording, which McCartney introduces with the words "'It's For You' take one'"  here. 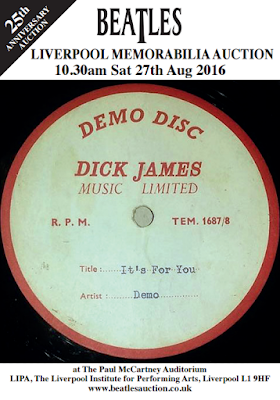