The road to the "White Album": Pictures from the "Lady Madonna" sessions 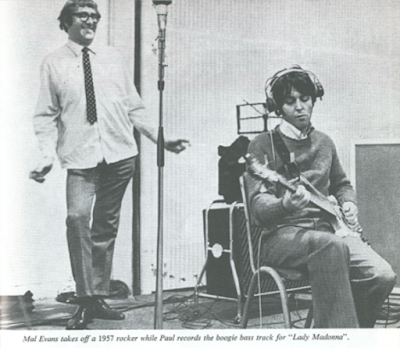 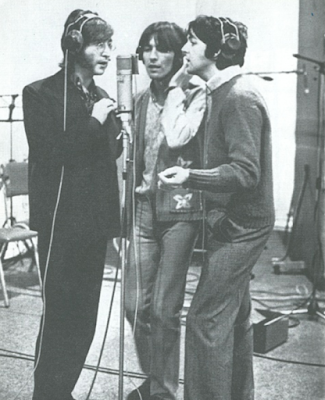 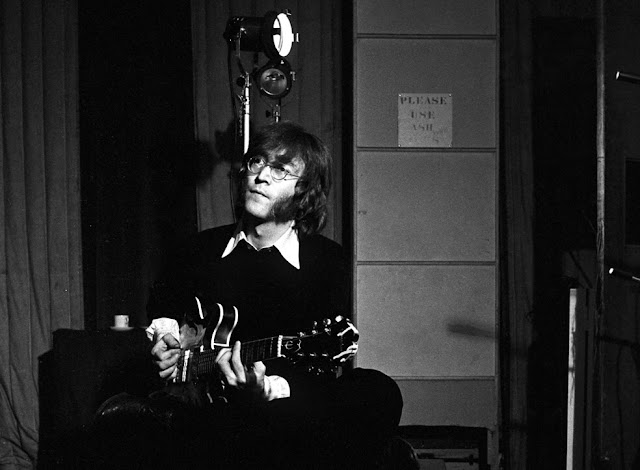 A segment from the BBC's "Sound of Song" documentary demonstrates how The Beatles used varying tape speeds to create the unpredictable sound of the Sgt. Pepper album.

Book review: "The Beatles Through Headphones - The Quirks, Peccadilloes, Nuances and Sonic Delights of the Greatest Popular Music Ever Recorded"

No matter how many times we've listened, it seems there's always something new to hear in the Beatles' songs. The prospect of somehow making this music new and fresh again is enticing to Beatlemaniacs, who are always hungry to recreate the pleasure of hearing the band again for the first time.

So, it's hard not to get at least a little excited when seeing the compelling title of Ted Montgomery's new book, "The Beatles Through Headphones - The Quirks, Peccadilloes, Nuances and Sonic Delights of the Greatest Popular Music Ever Recorded," which promises to guide us to all sorts of little details we've somehow missed in the past.

But, with a few notable exceptions, the title is an empty promise.

With the Beatles' music now easily available in stereo, mono and in the U.S. mixes, there's a book to be written along the lines of Montgomery's thesis. The trouble is, he's dropped the ball.

A guide that outlines the differences between these different versions of the Beatles' music would be useful to both Beatles scholars and new listeners alike. Along the way, it also provide an opportunity to highlight all sorts of nuances, anomalies, mistakes and hidden touches present in the various mixes.

Joe Brennan and the authors of the What Goes On - Beatles Anomalies List have taken steps to do this online, but there's still opportunity to do it more expansively and in book form. That's sort of what I was expecting from Montgomery, but he actually provides much less information than either of those two sites.

What do we get? For the most part, Montgomery analyzes the Beatles' stereo LPs and tells where in the stereo spectrum different elements - lead vocals, backing vocals, instrumental tracks, guitar solos, etc. - appear. We don't exactly need a book to tell us that, just our own ears.

When Montgomery ventures deeper, he focuses mainly on the questions of who played/sang what. This is interesting territory, as the Beatles' albums seldom carried credits. Over the years, of course, through interviews with band members, engineers and George Martin, we've learned much more about all of this. Yet, some questions remain and there's still some room for debate.

Listening carefully, Montgomery notices some interesting things and makes some controversial statements. For example, he says only Paul McCartney sings on "Eleanor Rigby," supplying his own harmonies via overdubbing.

I took a listen and Montgomery seems to be right that it's all Paul during the first section of harmonies and those at the end of the song. But there's a middle section featuring harmonies that sound very much like John Lennon to my ears.

Likewise, he claims the vocals on "Little Child" are all John. I agree this is mostly true, but that sure sounds like Paul singing "oh yeah" at 1.37 right near the end of the song.

Montgomery states that "I've Just Seen a Face" is all Paul and that there is no bass on the song. This seems correct and has been noted in other books, as well.

In some cases, however, Montgomery's ears seem flat out wrong. For example, he says Ringo provides all the vocals on "Act Naturally," when it's commonly accepted that Paul sings harmony . In fact, he does so in a voice that's remarkably like the countrified tones he uses on "I've Just Seen a Face."

Montgomery did alert me to one thing I hadn't noticed before, though, and I didn't believe him until I put on my own headphones to check for myself. He states that early on in "Lovely Rita" there's the sound of bubbles being blown in a bucket of water. I thought, "no way! You're talking about 'Yellow Submarine.'" Yet, put on your headphones and listen carefully 32 seconds into the stereo version of "Lovely Rita" and the bubbles are there. I have no idea why.

Maybe it was worth reading the book just for that, but it still doesn't make up for the mistakes and lack of research on display.

Montgomery says the "fuzz bass" on "Think For Yourself" is just normal bass played through a "blown speaker," when the sound was achieved with an early effects pedal.  Per George Harrison in the "Beatles Anthology" book:


"Paul used a fuzz box on the bass on Think For Yourself. When Phil Spector was making Zip-A-Dee-Doo-Dah, the engineer who's set up the track overloaded the microphone on the guitar player and it became very distorted. Phil Spector said, 'Leave it like that, it's great'. Some years later everyone started to try to copy that sound and so they invented the fuzz box. We had one and tried the bass through it and it sounded really good."

Montgomery states that John's backing vocal reply on "You Won't See Me" goes "Knew I wouldn't, knew I wouldn't," when the word is "no," not "knew."

He says the opening Spanish-style guitar riff on "Bungalow Bill" is "cribbed from stock recording" when it's actually a tape loop played via Mellotron.

Montgomery mentions the ukulele part at the end of "Free as a Bird" being played by John Lennon, when it was George Harrison playing the instrument behind a recording of John's voice. And he misses the chance to tell us this vocal snippet is John's voice played backward. It sounds like John is saying "I'm John Lennon," but when played forward, Lennon says "turned out nice again," a catchphrase of British singer/comedian and uke player George Formby. It's the sort of detail that could add a lot to book of this type - where we're supposed to notice and learn new things.

Montgomery neglects numerous other tidbits, too.

Though it's been told to death, the use of Leslie speaker on John's voice on "Tomorrow Never Knows" warrants a mention, considering this is a book about sonic nuances and oddities.

He doesn't mention George and John goofing on the background vocals of "Ob-La-Di, Ob-La-Da," yelling "arm" and "leg" in response to Paul's "lend a hand."

And he mentions only "horse trots" at the end of "Good Morning, Good Morning," not elaborating on George Martin's masterful and imaginative tape editing on this sequence, which links the song to the "Sgt. Pepper" reprise.

And he mentions the "moaning sounds" at the end of "Long, Long, Long" but doesn't explain the sound is that of a wine bottle vibrating atop a Leslie speaker. Via White Album engineer/co-producer Chris White in Lewisohn's "Beatles Recording Sessions" book:


"There's a sound near the end of the song which is a bottle of Blue Nun wine rattling away on top of a Leslie speaker cabinet. It just happened. Paul hit a certain note and the bottle started vibrating. We thought it was so good that we set the mikes up and did it again. The Beatles always took advantage of accidents."

Perhaps most controversially, Montgomery suggests the Beatles used a "click track" - a metronome beat put on tape - to help them maintain a steady tempo once they started recording in the multi-track format.  Yet there's debate on whether the Beatles used click tracks and, if so, how regularly.

There's an ebb and flow to the tempo of many Beatles recordings that sounds too "human" to be locked into a mechanical beat. And Ringo Starr has explicitly stated he doesn't use "clicks" and has trouble playing with them. Per this Modern Drummer interview:

Montgomery also states he doesn't "discern" a bass on "Back in the U.S.S.R." when it's been stated by pretty much everyone involved in the recording that John Lennon played the the Fender VI six-string bass on the song. Because the six-string has a higher range than a four-string bass, it may be that Montgomery felt there wasn't as much bottom end on the song.

And, although both Paul and Ringo have both stated Ringo plays drums on "Why Don't We Do it in the Road," Montgomery insists the track is all Paul.

This is a slim book - under 180 pages - with a very slim bibliography. Outside a stray interview here and there, most of Montgomery's citations come from the "Beatles Anthology."

This fact and some of the misinformation and lack of detail in the narrative suggest that Montgomery simply didn't put in the research necessary to write a definitive book. It's a pity, because he had the opportunity to do so.