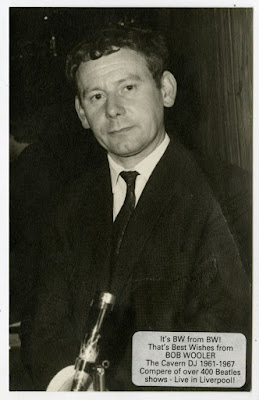 On the cusp of the Beatles' national fame in 1963, John Lennon made some unfortunate headlines by punching out Cavern Club emcee Bob Wooler at Paul McCartney's 21st birthday party in Liverpool.

Lennon, drunk, got violent when Wooler made a joking remark -- reportedly "how was the honeymoon?" -- about John's recent trip to Spain with Beatles manager Brian Epstein, who was gay. Some accounts report that Wooler, who also was gay, intended the remark as an overture to John, not a joke.

Accounts of Wooler's injuries vary, but they were serious enough to worry Epstein about the impact on the Beatles' image. A pay-off was arranged, along with a formal apology from John, which is now up for big via Heritage Auctions.

Here's a picture of the telegram, envelope and Wooler. 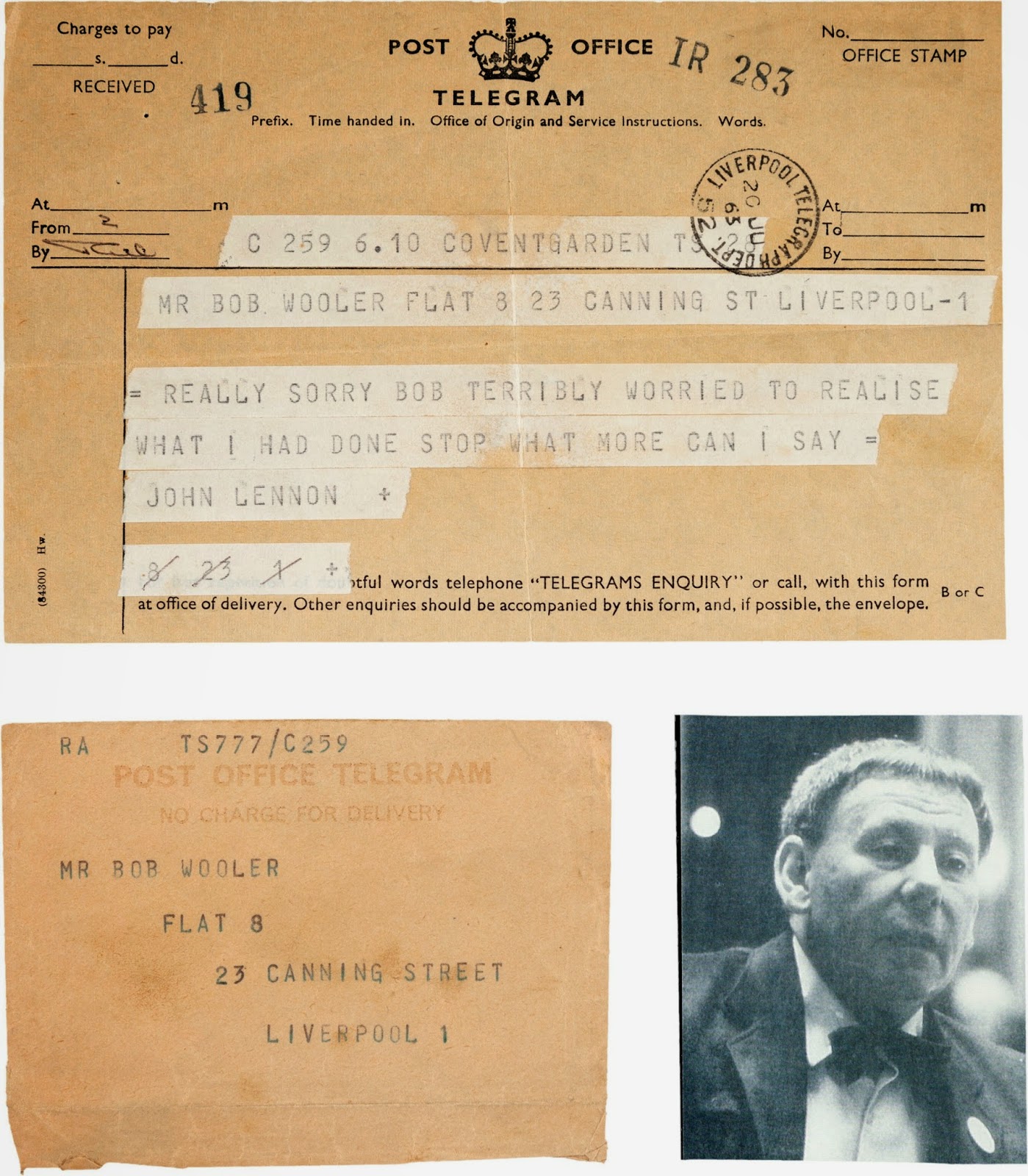 And here's a description of the auction lot:

Bob Wooler was an early champion of Liverpool's burgeoning Rock and Roll music scene, as a promoter, manager, d.j., and writer at Bill Harry's Mersey Beat music newspaper. He also became the compere of the Cavern Club, and holds the distinction of being the person who introduced more Beatle performances than any other person - often engaging in playful back-and-forth stage bantering with the group.

The Beatles often sought Bob's advice, and when Brian Epstein requested his first meeting with the group to discuss management, the boys asked Bob to attend with them. The Cavern audiences also loved Bob's clever announcements, such as "Hello, Cavern dwellers, and welcome to the best of cellars!" Wooler's quick wit could sometimes be cutting, although generally not maliciously and borne more out of this type of wordplay.

A particularly controversial moment in the Beatles story occurred on the occasion of Paul's 21st birthday party on June 18, 1963. John Lennon and Brian Epstein had recently been on holiday in Spain together, and at the party Bob made a comment about the trip which may have included a double meaning.

A drunken John was in no mood for cleverness, and in a rage leapt onto Wooler, giving him a black eye, bruised ribs, and bloodied hands from where he'd tried to protect himself from the attack. Other partygoers pulled John away, and Brian quickly drove Bob to the hospital.

John initially refused to apologize, saying "He called me a queer so I battered his bloody ribs in." Eventually, Brian was able to smooth over the incident, and made a modest payment of 200 pounds to Wooler.

This telegram may have also been instigated by Brian. Dated June 20 - two days after the incident - and addressed to Mr. Bob Wooler at his Liverpool address, it reads: "REALLY SORRY BOB TERRIBLY WORRIED TO REALISE WHAT I HAD DONE STOP WHAT MORE CAN I SAY = JOHN LENNON".

By the fall of 1963 the Beatles had moved to London with a number of Liverpool friends making the exodus with them, working for Brian in the growing NEMS organization.

Although he'd been a trusted associate and friend to both the Beatles and Brian, Wooler was not among them, perhaps because of the shadow cast by this incident. He did announce their final appearance at the Cavern just a few months later, much simpler this time, saying just "It's the Beatles!"

The telegram measures approximately 7.25" x 4.75", in overall Very Good Plus condition with two very small stains at center. It has both a vertical and a horizontal fold, needed for insertion into the original envelope which is included and is also addressed to Wooler. The envelope is in Very Good condition, measuring approximately 4.5" x 3.5" and is fully intact, with tear marks from opening on the back. Estimate: $3,000 - up.