The real deal on the Beatles' "Love Me Do" drum kit

The auction of the drum kit used on the Beatles' "Love Me Do" has attracted lots of news this week. But news is a little less exciting once you realized the set didn't belong to Ringo and didn't sport the classic "drop T" Beatles logo on the bass drum.

The drums were played by Andy White, a studio musician hired for the session because producer George Martin had doubts about Ringo's drumming abilities.

In June 2016, the auction house selling White's kit used this image in its auction listing. A new drum head has been added to highlight the Beatles connection. 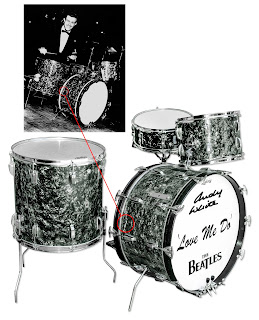 But in its new listing, the auctioneers have dressed up the kit with a drum head featuring the classic Beatles logo: 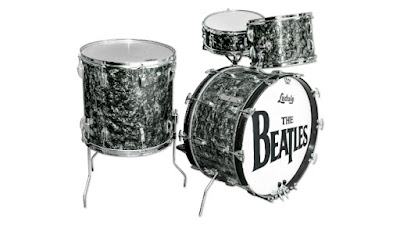 The auctioneers note in their listing that the drum head is new.

And here's a pic of the drums Ringo was still playing at the time of "Love Me Do." The classic kit didn't come until a bit later. 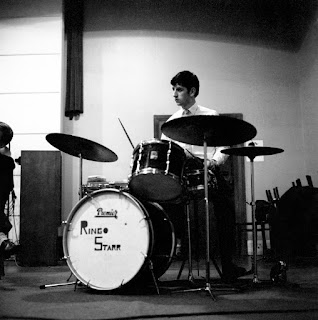 Also, it should be noted that the Beatles released two versions of "Love Me Do." Early pressings of the British single feature Ringo on drums, while later pressings, the version found on the Beatles' Please Please Me album and the American single all feature White on drums and Ringo playing tambourine. The auctioneers note all of this as well.
at January 24, 2017 No comments: