Now up for bid is an angry letter John Lennon penned to a music journalist regarding what he saw as the ill treatment of his "Two Virgins" album with Yoko Ono - which EMI refused to release due to the controversial nude cover of the two artists.

While the auction description says this is a letter to Beatles producer George Martin, that doesn't make much sense. Martin had no say on EMI's treatment of the LP, not being employed by EMI at the time, nor involved in any way with the album. More likely is Mark Lewisohn's theory that John was writing to journalist Martin George, a contributor to an underground publication called Ink.

UPDATE: Lennon expert Chip Madinger, on the Lennonology Facebook page has posted an article (included below) by Martin George, in Ink, that apparently prompted John's letter.

Here's an image of the letter drafted in John's handwriting, followed by a typed version. 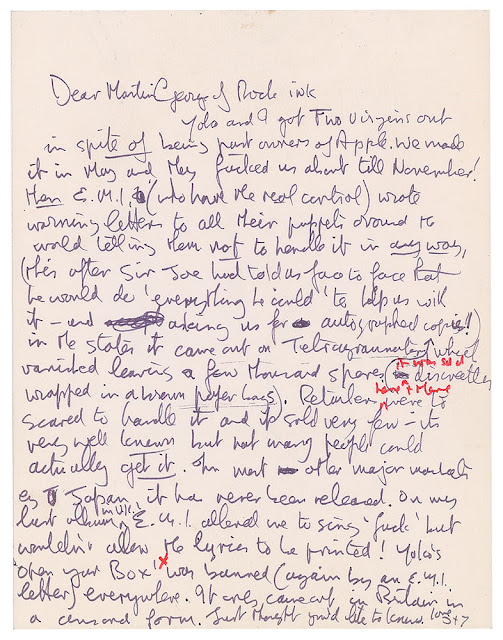 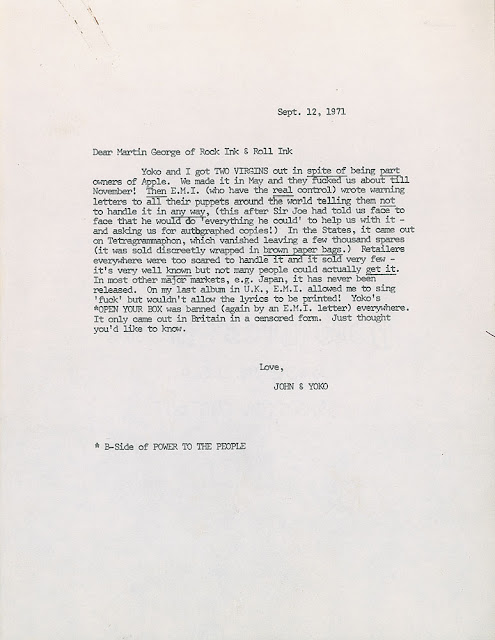 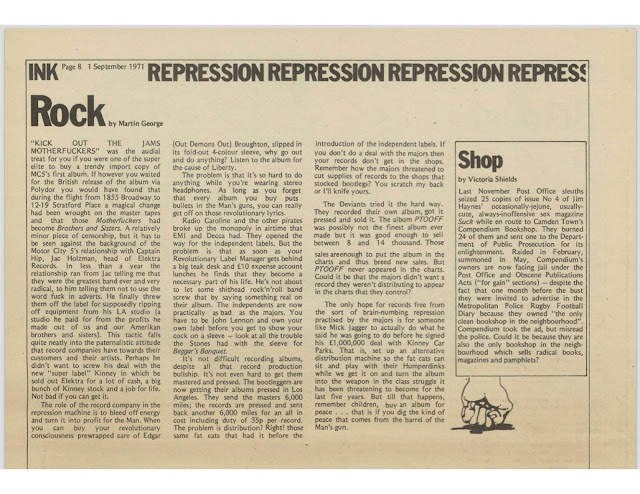 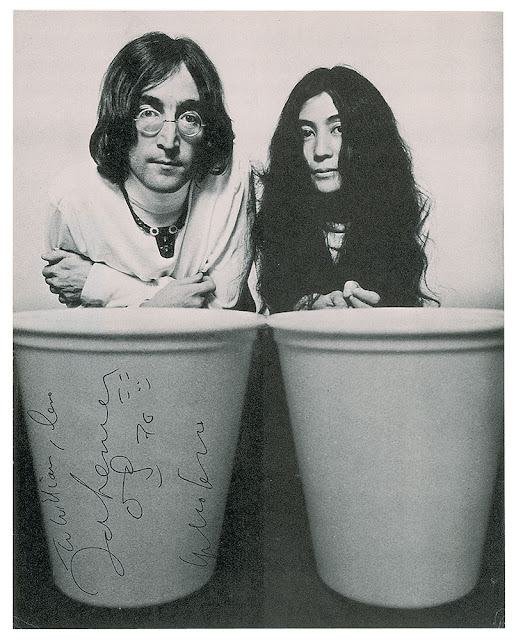