Paul McCartney said he's unable to accept a prize from Israel's Wolf Foundation in person this month due to a scheduling conflict. Also, it looks like he'll be out 100 grand as a result!

"It's very flattering and I am grateful to be this year's Wolf Prize winner in music," McCartney wrote in a letter to the foundation. “But after reviewing my schedule I have to announce that I will not be able to arrive at the date set."

"We thank Sir Paul McCartney, his staff and his wife Nancy Shevell for their cooperation and we're looking forward to seeing them together in May 2019," CEO of the Wolf Foundation Reut Inon-Berman said.

This year’s laureates of the prestigious Wolf Prize were announced in February during an event attended by Israeli President Reuven Rivlin. The honor carries a $100,000 prize, which the recipients can receive only if they attend the official ceremony.

The Wolf Prize is an internationally-recognized award granted in Israel to scientists and artists.
at May 10, 2018 No comments:

More than 50 years after country banned Beatles, Ringo is on his way to Israel 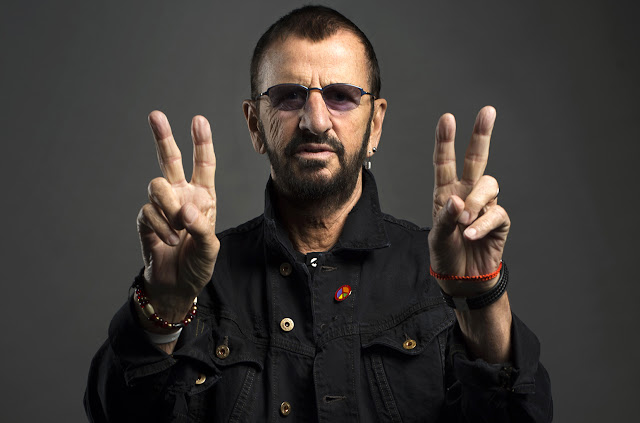 More than 50 years after government ministers canceled a planned Beatles concert in Israel, Ringo Starr has scheduled two performances in the nation next June.

The Beatles were set to play in Tel Aviv in August 1965, but the show was cancelled and the group banned from the country due to objections from government leaders.

The Beatle ban stemmed from public outrage in Israel over a Cliff Richard performance there the previous year. Adults were dismayed by images of teens dancing and swooning to the British teen idol and a government cultural committee vowed not to let it happen again.

The committee issued a resolution stating if would, "not to allow the request for fear that the performances by the Beatles are liable to have a negative influence on the [country's] youth."

The head of the country's educational committee also stated, ""There is no musical or artistic experience here but a sensual display that arouses feelings of aggression replete with sexual stimuli."

The Jewish Press has a detailed account of the scrapped concert and ban here.

But times have changed. In 2008, the Israeli government formally apologized for the ban in a letter to John Lennon's half-sister Julia Baird, a move that coincided with Paul McCartney's first performance in Israel a few weeks later.