Signed menu from Beatles' "stoned" flight to Bahamas up for auction

An airline menu autographed by all four Beatles and a few of their "Help!" co-stars is up for bid this month.

The item was signed on the group's charter flight to Nassau in the Bahamas on Feb. 22, 1965, to shoot scenes for the film. On the way down, they killed time by smoking a stash of marijuana provided by child star Brandon De Wilde (the kid in "Shane), who was along for the ride.

Autographs from co-stars in the Beatles' film, Eleanor Bron, Roy Kinnear appear on the menu, too, along with one from Billy Wyatt - not sure who that is. Anyone know? 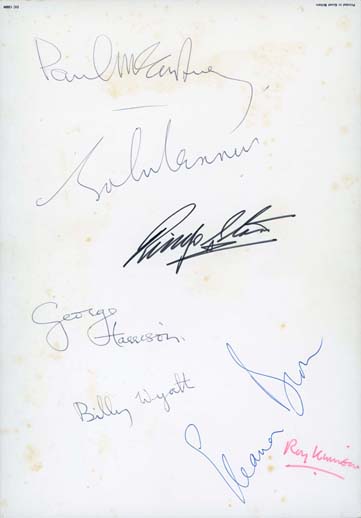