Winners of an Airbnb contest will have the chance to stay overnight in Abbey Road Studios next month.


After being greeted with Champagne by London-based musician and producer Mark Ronson, who will act as a host, guests will be given a tour and full access to all areas of the studio.

This will include a chance to play on The Beatles’ piano (with cigarette burns that date back to the recordings of "The White Album"), to mix a track on the world’s largest mixing board, and to even record a song with the help of Ronson. 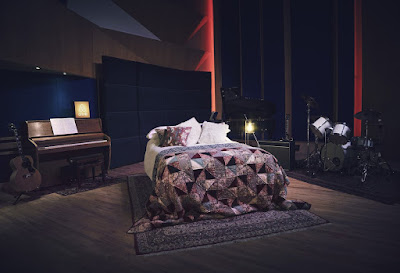 City leaders in Sacramento, Calif., voted in a resolution observing "Meatless Mondays" in the city in honor of Paul McCartney. Macca is playing the first gig ever at the city's new Golden 1 Center next week.

The meatless measure has no legal weight, however, since it's not an ordinance. But, even so, not everybody is crazy about it


“That would obviously negatively impact my business. I'm in Sacramento, from Sacramento, paying taxes in Sacramento,” Burgers and Brew Owner Derar Zawaydeh said. “Again, with all due respect to Paul McCartney, he's in here doing a concert, and then he's out of here. Whatever he leaves behind, he leaves behind -- and we're here forever.”

For some reason, Paul McCartney has interviewed One Direction star Harry Styles for a British magazine out soon.

The highly recommended Something About the Beatles podcast hosted by Richard Buskin and Robert Rodriquez features some great behind-the-scenes detail regarding production the "Eight Days a Week" film via an interview with Beatles film collector, Erik Taros, who served as a consultant on the project.

Titan Entertainment is expanding its range of Yellow Submarine-inspired products to include 6.5-inch figures of John, Paul, George and Ringo. 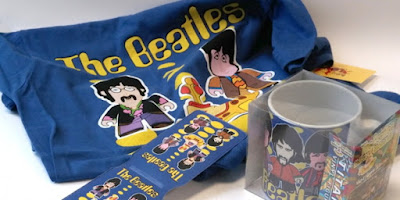 "Images of a Woman," the collaborative paining the Beatles created while cooped up in their Tokyo hotel room while on tour in 1966 has inspired a new fundraising endeavor.

Working to raise money for Children & the Arts and Youth Music in the UK, the Art in the Corner project has engaged Brian Wilson, Elvis Costello and others to create new paintings, which will be sold at auction.

You can learn more and order art prints here. Below is the Beatles' original painting. 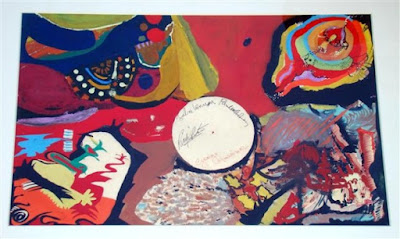