The man who panned "Pepper"

The Washington Post has a great feature on pioneering rock critic Richard Goldstein, who infamously panned Sgt. Pepper in The New York Times 50 years ago.

“I remember being sort of horrified by the album,” he says, “being determined with that sort of narcissistic frenzy that young men can have. To, you know, shake them up and force them to actually make rock and roll again. Like they would be listening. That the Times was all powerful and therefore they would say oh we’ve made a mistake, we’re going to go back to singing “Long Tall Sally” or “now I’ll never dance with another.” I wasn’t really interested in the prophetic aspect of ‘Sgt. Pepper.’ I was interested in the violation of the rules and I didn’t like it, and that’s what I look back on with a lot of reflection.”

Also, when he reviewed the LP, one of his stereo speakers wasn't working. 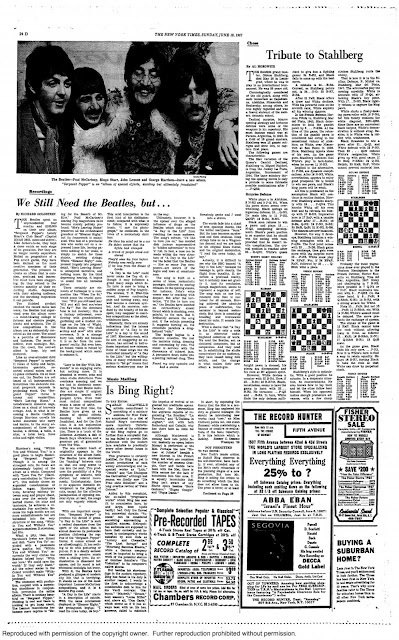