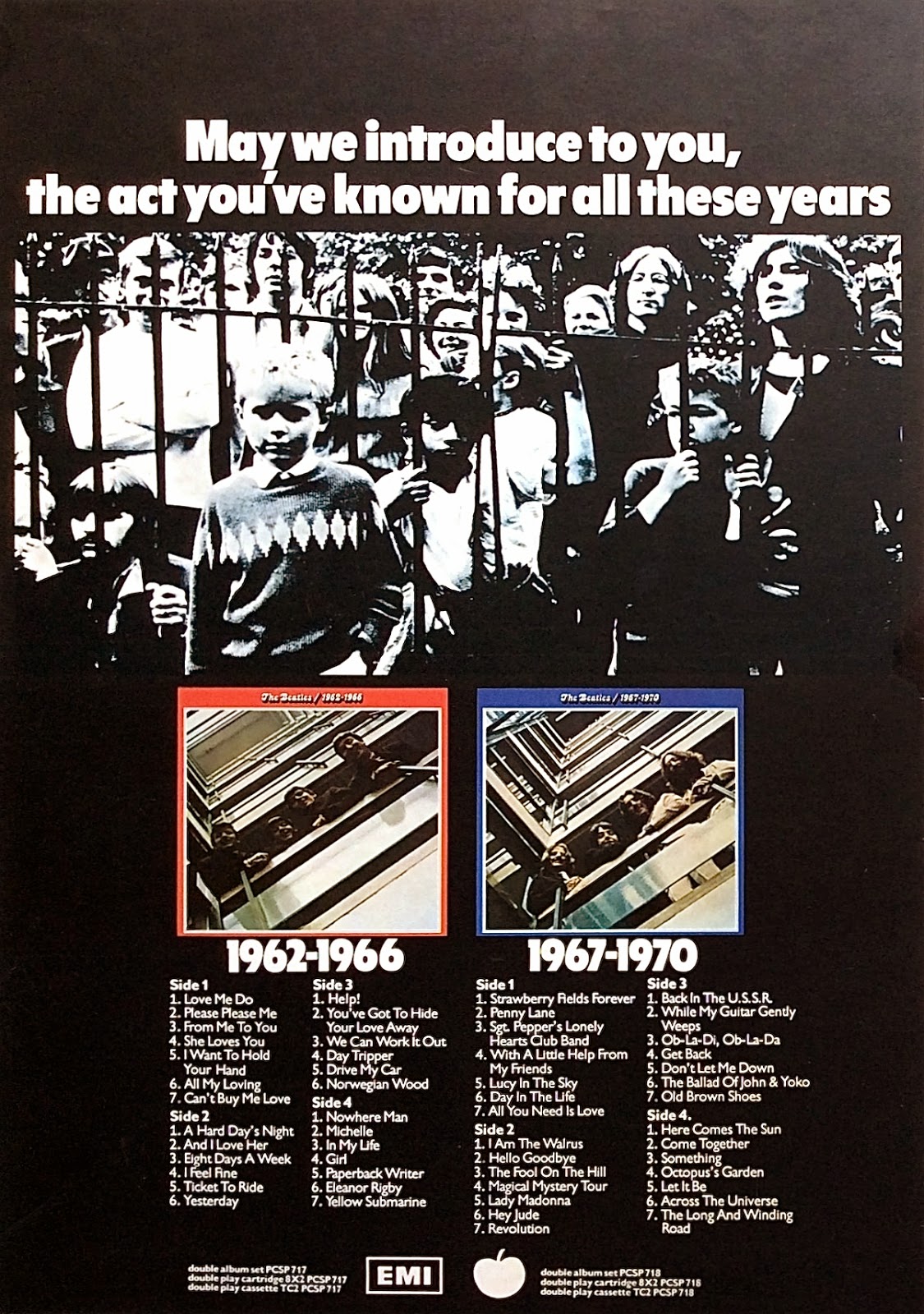 Some listeners have fond memories of the twin double-LP Beatles compilations released in 1973, affectionately known as the "red" and "blue" albums for their covers.

Now, along with seemingly everything else, they are being made available on vinyl. The "red" and "blue" albums are, for the most part, mastered from the analog tapes used to create the original LPs.

Both are now listed on Amazon, along with the Beatles 1 compilation of released on CD in 2000.