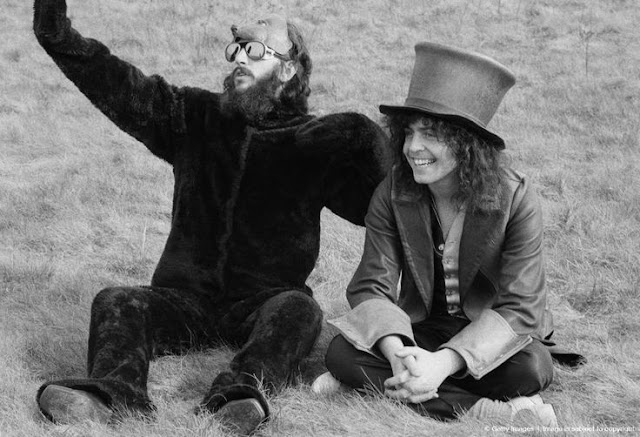 Here are his comments:

“People knew him as a great musician, a songwriter, a guitarist, but he was also a poet. And he was really proud of that.

“He was always telling me that he was the Number One selling poet in Britain. In fact, his poetry was as important to him as his music. He had great style and was really unlike anyone else I have ever met.

“He was a great performer, just incredible. And that’s why I called the film we did together 'Born to Boogie,' because he really was. I told Marc, I’ll bring the camera and everything else, you just bring yourself. We had a lot of fun together. I remember lots of laughter.

“We lost him way too young, but in his short life, he made over 12 albums that are as far out and ahead of their time as he was. With the help of [producer] Tony Visconti and his band T. Rex, Marc’s style started a lot of trends. They called it glam rock with singles such as ‘Get It On’, ‘Children of the Revolution’, and, of course, ‘Born to Boogie’.”

“But it was always just great music to me. And that’s why people are still listening to T. Rex today. There’s no doubt they believe in the Rock and Roll Hall of Fame — finally. And I’m very proud to welcome them in right now. Peace and love to [T. Rex members] Marc, Mickey, Steve, and Bill, and peace and love to all the fans from me and T. Rex. Peace and Love.”

Here's Ringo and Elton John backing Bolan on "Children of the Revolution."