Paul and his wife Nancy Shevell participated in the worldwide March for Our Lives protest March 24, a protest sparked by U.S. students demanding action from lawmakers to address school shootings.

Marching in New York's event, Paul wore a shirt reading "We Can End Gun Violence" and referenced John Lennon in an interview with CNN:

"One of my best friends was killed in gun violence right around here, so it's important to me," 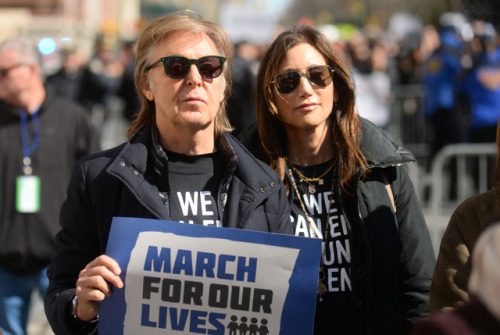 A batch of letters written to Beatles fans by George Harrison's mother and sister are up for auction.

"Dear Sal", says Louise in another letter. "George is a very happy and kind person, I think he is kind of interested in Patti (Boyd, George's wife between 1966-1977) as she is also quite a jolly person."

A new German book collects images from more than 200 films featuring or inspired by the Beatles. 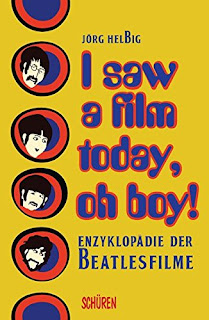 Yoko Ono, Paul McCartney and Ringo Starr are among musicians signing a special cover of Billboard magazine that functions as an "open letter" demanding the U.S. Congress to take action on gun control. Nearly 200 other artists, including Lady Gaga, Selena Gomez and Jennifer Lopez, also signed.

Paul McCartney signed another letter this week, too. This one calls on Congress to reform the Digital Millenium Copyright Act, because it doesn't prevent YouTube from posting music with little or no compensation to the artists. Other signers include Taylor Swift and U2.


“The notes provided by a former teacher on the back of the report card make it clear that while Stuart wasn’t necessarily the most academic pupil, from an early age he was considered to have an artistic streak and was happily involved with the arts." 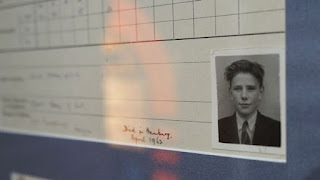 Phillip Norman, author of the best-selling (but badly aged) Beatles biography "Shout!" along with one about John Lennon and a new one about Paul McCartney, counts down his Top 10 Beatles books for the Guardian. Interestingly, there not one title by leading Beatles scholar Mark Lewisohn, whose "Tune In" Norman really should've read before writing his book on Macca.

Beatles writer Spencer Leigh has a new book about the Cavern Club and its role in the Beatles story. You can read and excerpt - including some recollections contributed by Paul McCartney - here. 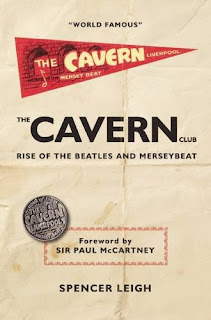