Up for bid: Beatles breakup letters

Moments in Time is auctioning off two letters related to The Beatles' breakup.

The first details all four Beatles agreeing to John Eastman's management of the group. Eastman was then Paul's soon-to-be brother-in-law, the brother of Linda Eastman. The letter is dated January 1969 and Paul and Linda were married in March.

The letter authorizes Eastman to represent The Beatles in all business arrangements. 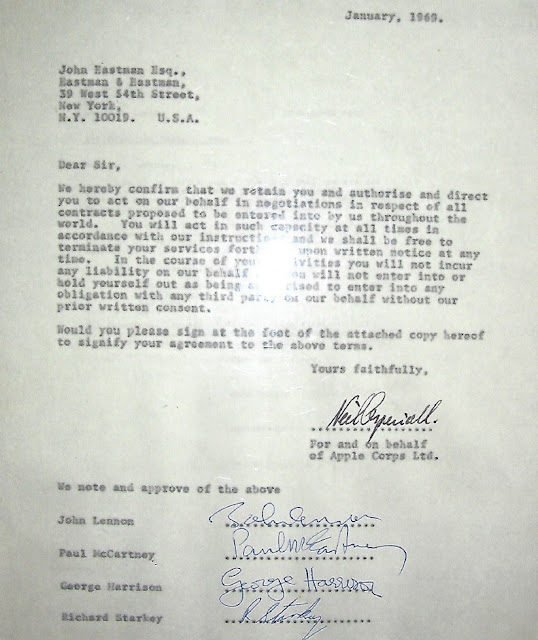 The second letter, meanwhile, is dated April 18, 1969, and is signed only by John, George and Ringo (aka Richard Starkey) and informs Eastman that he is not authorized to act as The Beatles' attorney.

The split among Paul and the rest of The Beatles over involvement of the Eastman family in the group's management is one of many reasons the group split up acrimoniously. 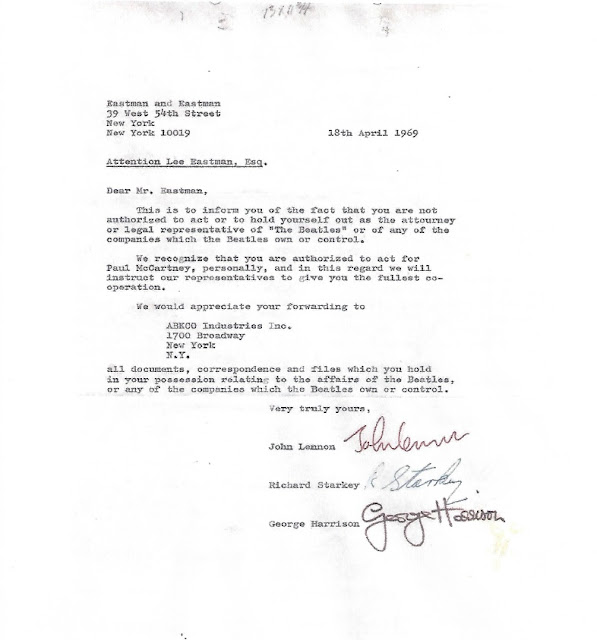