A 12-inch featuring the two remixes of the song, plus a radio edit is out May 27 and available for pre-order from Amazon UK (no U.S. listing, yet). Or, you can download an MP3 album of the three tracks from Amazon US right now.

The "white label" pressing, which was quietly approved by Paul, was released back in March and limited to only 300 copies worldwide.  The remixes are the work of DJ Timon Maas and producer James Teej. 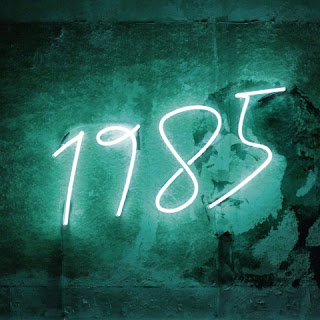 For the first time, rights to a Beatles song have been licensed for use in China. "Hey Jude" will be featured in a coming-of-age film titled "Yesterday Once More." This article provides some interesting insight into how such licensing approvals come about.


The Beatles ask came in through the Beijing office of publishing company Sony/ATV and was funneled to Esther Friedman, senior vp film and TV music, who thought, "It was perfect for The Beatles," she says.

"The studio, Beijing Enlight Media, is one of the largest media groups in China, and the director is of ­significance." Plus, she adds, with the film aimed at a younger demographic with its story of high school friends grappling with the complexities of first loves, it can help introduce The Beatles' music to a new audience. "That always plays into the decision," she adds. "It was a compelling reason to say yes to this one."

... Sony/ATV has a "Beatles Board," an ad hoc group of company executives who discuss the flood of requests for the Fab Four's music. Master usages are seldom allowed (one notable ­exception was for an episode of Mad Men). "We're always sensitive to the setting and how the song will be used, and we wouldn't grant ­anything not in keeping with The Beatles and what they stand for," says Friedman. The usage did not require the approval of those who wrote "Hey Jude," Paul McCartney and the late John Lennon (through his widow, Yoko Ono).

Talking about your dad must get old for a Beatle's son, particularly when you're trying to talk about your own music. That frustration resulted in a standoff this week on BBC 3 radio, when an interviewer refused to lay off the dad questions with James McCartney.

The musician had answered just one question before awkwardly repeating that he didn’t want to speak about his personal life.

... “I guess I wouldn’t like to talk about my family because it’s kind of private really, do you know what I mean?”

The radio host replied: “I understand that but looking behind the music your family is a big part of that.

“You were the closest thing to Paul because you were his son. Did you feel a pressure to follow in his footsteps?”

James said: “I’m not asking you about your father, do you know what I mean? It just seems strange. I get where you’re coming from, but it’s just like, no.”

“If you want to answer those questions, that’s fine James, and if you don’t then that’s fine too – we can end the interview.

“I wouldn’t want to put any pressure on you but I want to know your story and your story goes beyond the album.”

Along with playing a bit of Prince's "Let's Go Crazy" in Minneapolis this week, Paul McCartney also talked fondly of the musician during his show there this week.

He mentioned that he’d seen Prince in concert several times in London and had experienced Prince onstage in a small club on the most recent New Year’s Eve. “Minneapolis, Prince,” Sir Paul declared and paused. “Prince, Minneapolis. It goes together.”

...“Here’s to the man. Loved that guy. Thank you, Prince, for writing so many beautiful songs, so much music. And he’s your guy.”

A contract signed by all four Beatles when they purchased the No. 3 Saville Row headquarters for Apple Corps is going up for auction.


Beatles expert Frank Caiazzo said: “This document was formally adopted in late November of 1980, thus making it one of the last documents signed by John Lennon during his life.
“John Lennon signed in black felt tip pen, and has added a facial caricature, Paul McCartney, George Harrison and Ringo Starr (who has signed as R. Starkey, his legal name as required on documents), have all signed in blue ballpoint.” 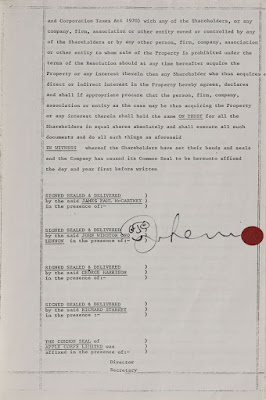 Paul McCartney met two members the "Little Rock Nine" at his concert in Little Rock, Ark., this week. paying tribute to the Civil Rights pioneers with a performance of "Blackbird," which he's said was inspired by the U.S. Civil Rights movement.


The women, Thelma Mothershed Wair and Elizabeth Eckford, were two members of the Little Rock Nine, a group of nine black students who faced discrimination and the lasting impact of segregation after enrolling in the all-white Little Rock Central High School in 1957, following the Supreme Court's historic Brown vs. the Board of Education decision.

... At the Little Rock concert, McCartney introduced "Blackbird" by telling the audience, "Way back in the Sixties, there was a lot of trouble going on over civil rights, particularly in Little Rock. We would notice this on the news back in England, so it's a really important place for us, because to me, this is where civil rights started. We would see what was going on and sympathize with the people going through those troubles, and it made me want to write a song that, if it ever got back to the people going through those troubles, it might just help them a little bit, and that's this next one."

A post on Paul McCartney's website April 30 celebrated the 25th anniversary of the Linda McCartney meat-free food brand, which is still active today.


The McCartney Family are hugely proud of this landmark anniversary and Paul, Mary and Stella say, “Linda was the inspiration for us becoming vegetarians. It is so exciting to be celebrating 25 years of her foodie legacy and see Linda’s wonderful pioneering vision of meat-free eating and products go from strength to strength.”

The dance remixes of Paul McCartney's "Nineteen Hundred and Eight Five" released as a 300-copy limited edition a few week back will be getting a more widespread release soon, according to deejay Timo Maas and producer James Teej, who created and pressed up the "white label" release with Paul's approval.

Billboard has an interview with Tim Maas and James Teej, the dance music producers behind a mysterious remix of Paul McCartney's "Nineteen Hundred and Eight Five" released 12-inch vinyl last month. Only 300 copies of the record were issued, driving up prices online.

The record, which helped create some advance buzz for the announcement of the Paul's upcoming best-of collection, Pure McCartney, was released with Paul's approval, Billboard reports.

Teej: I don't think anyone had thought that this white label pre-release would sell out so quickly and start seeing copies being sold a week after release for more than 280 pounds on Discogs and Ebay. Phonica's London store's phone was ringing off the hook like crazy for copies, and it went to No. 1 on their charts overnight. All of that got picked up first by i-D magazine, and made it all the way to the UK tabloids who speculated that Kanye West might be behind it. It has certainly been a laugh for us to watch all the speculation floating around, but I am happy now that the cat is out of the bag. I really have to give credit to Paul for taking a chance with us on this, but there is no doubt that this has all come together because of our collective and absolute love and dedication to music.