Petula Clark on getting advice from John Lennon, singing on "Give Peace a Chance"

Beatles-adjacent content in a new profile on the singer, published in The Guardian:

Performing in Montreal in 1969, she was heckled for singing in English and French – she had not been advised that a separatist movement was under way. Distraught, Clark sought advice from John Lennon, who was in Montreal for a bed-in with Yoko Ono. She recalls turning up at the door of their hotel suite, snivelling, in the middle of a downpour.

Lennon welcomed her warmly. “They were both still in their nighties. I sat there, dripping water all over their bed, and told them the story. He said: ‘Oh, fuck ’em.’ I said: ‘Thank you, John.’” Lennon was happy to play therapist, she says. “He was so funny and very philosophical. We had a chat about the situation. Did it really matter? ‘This too shall pass.’ That sort of stuff. Then he said: ‘I tell you what – you need a drink’. Which was very true.”

There was a crowd in the next room, among them Allen Ginsberg, Timothy Leary and one of the Smothers Brothers – “but no drugs”, she adds, firmly. Someone handed her a lyric sheet, and she joined the group in singing “a simple little melody: ‘All we are saying, is give peace a chance.’ I don’t think any of us knew we were being recorded.” 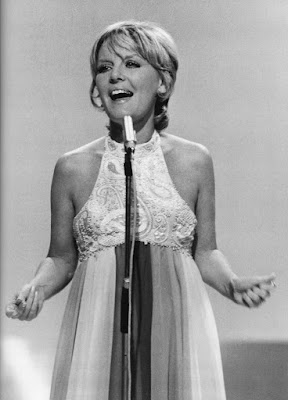