A George Harrison letter now up for auction reveals the Beatles hoped to record at Stax Records in Memphis in the mid-1960s but abandoned the plan due to money issues.

Harrison wrote the letter to Atlanta deejay Paul Drew in May 1966 during the midst of the group's recording sessions for the Revolver album.

The Beatles were big fans of the Stax soul sound made famous by Booker T. and the MGs, Sam and Dave, Wilson Pickett and other stars, but apparently business issues got in the way of them recording at the famed studio:


"We would all like it a lot," Harrison wrote, "but too many people get insane with money ideas at the mention of the word 'Beatles,' and so it fell through!" 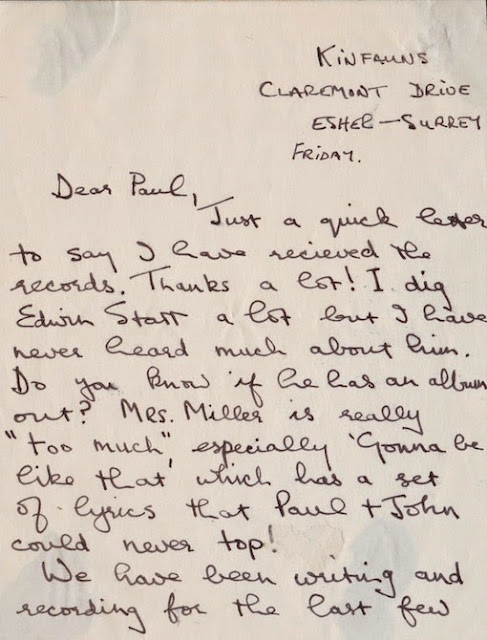 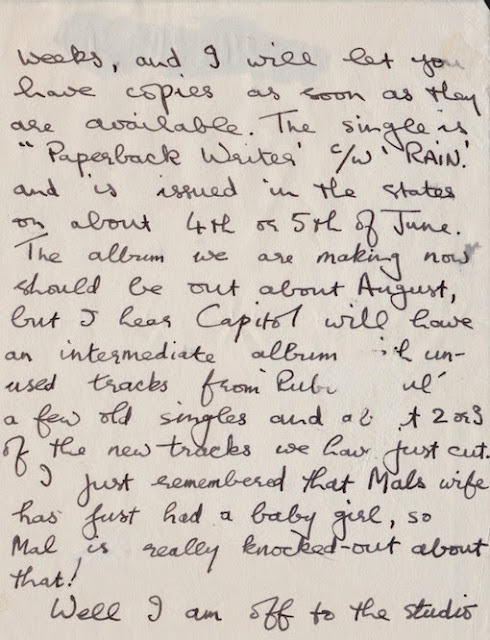 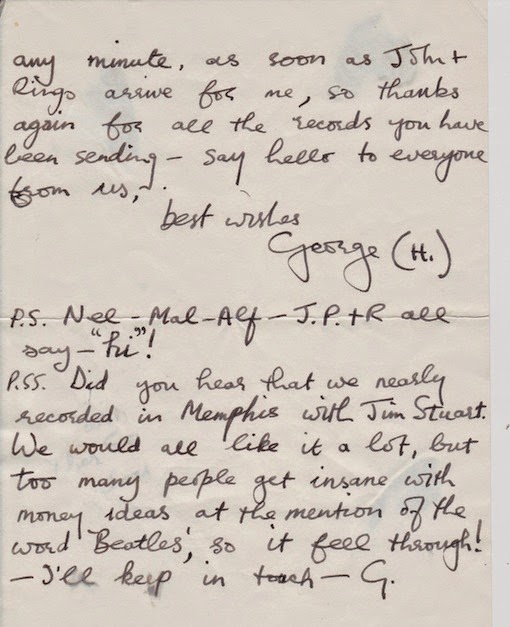 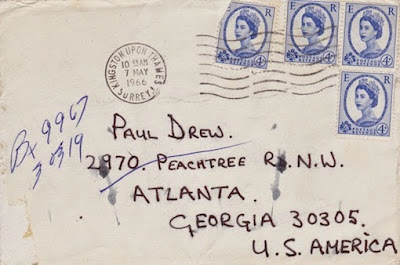