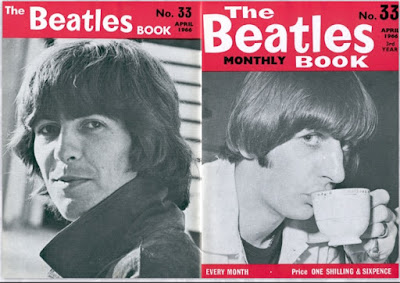 The April 1966 issue of the Beatles' official fan magazine was, like the mag's first few issues of the year, light on news. When this issue went to press, the band's members were still returning from their various vacations but finally gearing up to start the recording sessions that ultimately yielded Revolver. 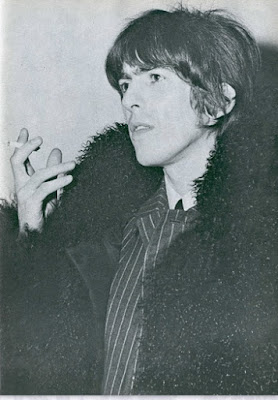 Even so, there are a few interesting tidbits, like this description from Neil Aspinall's column, describing home demo tapes recorded by Paul: 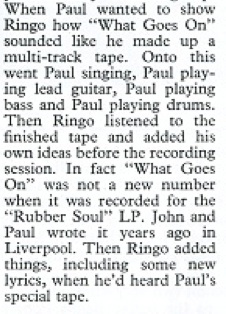 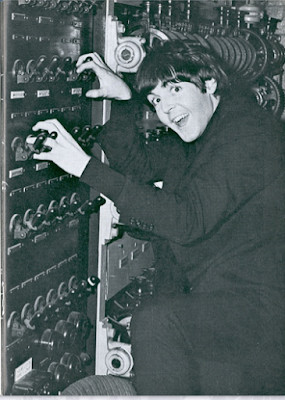 It was also revealed that Paul was the songwriter behind Peter and Gordon's single, "Woman."

The news section included an item about the band possibly recording a single in Memphis - which never happened - and details of a Fabs - Tijuana Brass confab, which would've been fun to behold. Was there a jam session featuring "A Taste of Honey"?

Meanwhile, the letters section featured a helpful explantation of what a "fuzz bass" is: 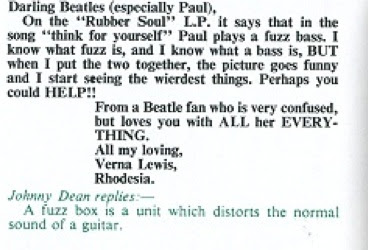 The magazine also included the fourth part of a series of articles tracing the history of the Beatles Fan Club, a look back at the events of April 1964 and images from the band's Aug. 15, 1965, concert at Shea Stadium. 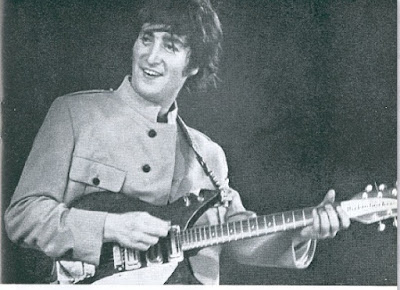 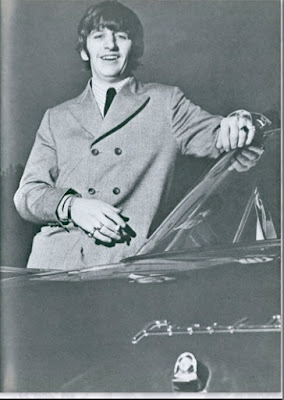