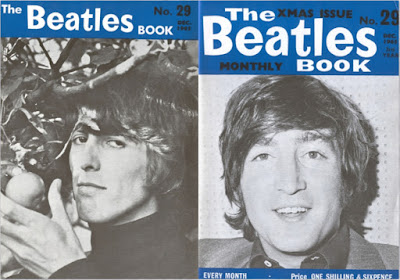 Taking a look at highlights from the Beatles' official fan magazine this month:

Editor "Johnny Dean" bemoans the group's absence from the single charts for a period but brings the cheerful news that a new single featuring the songs "Day Tripper" and "We Can Work it Out" will be released, along with a new LP, Rubber Soul.

He also notes changes in the Beatles' working habits:

In the Fan Club Newsletter, "Anne Collingham" calls December a Red Letter Month, noting not only the new single and album, but a concert tour in England, a TV special ("The Music of Lennon and McCartney" broadcast Dec. 17) and The Beatles' Third Christmas Record, out to fan club member only via the mail soon. 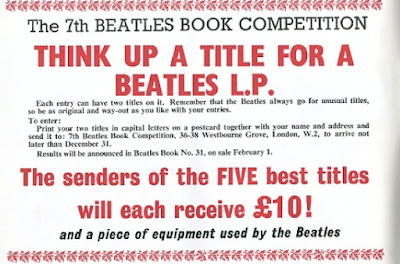 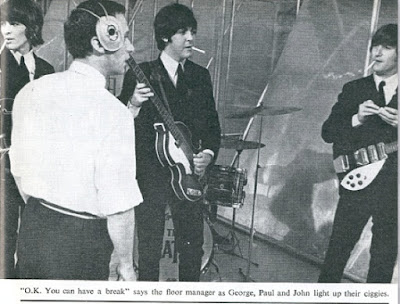 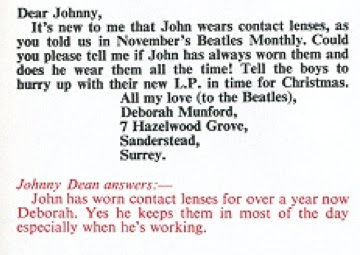 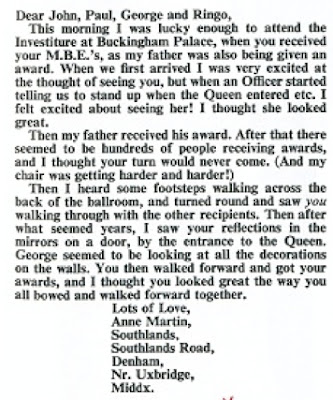 In Behind the Spotlight, Billy Shephard and Johnny Dean recount those long-ago days of December 1963 and the Beatles Christmas show that year.

This Month's Beatles Song provides the lyrics to "You're Going to Lose That Girl."

Beatles News notes that the Beatles will all be spending the holidays at home. with Paul and Ringo both moving into their new houses "so they'll be kept very busy sorting out where the furniture goes and all the other problems of moving house."

There's also this article about George's use of Indian instruments: 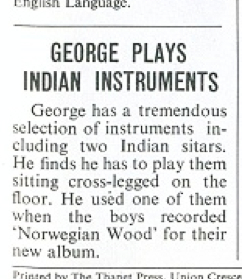 Along with a track list and info about the new album: 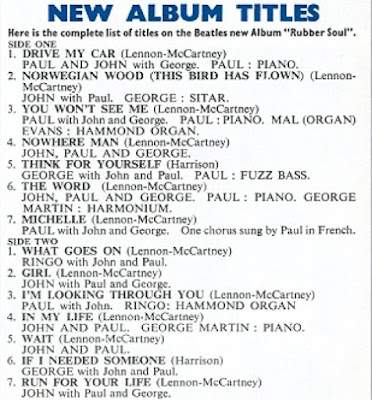 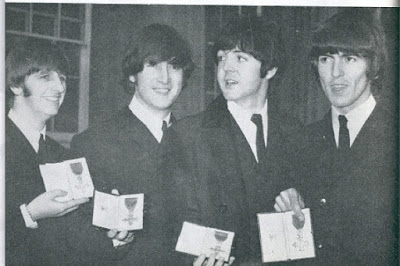 History: Beatles film promos for Day Tripper, We Can Work it Out, Help, Ticket to Ride and I Feel Fine

On Nov. 23, 1965, the Beatles met at Twickenham Film Studios near London to film a batch of song promo films with director Joe McGrath.

The films, now all collected in the Beatles 1+ video compilation, were intended for use on various variety and music TV programs, allowing the group maximum exposure without needing to appear on each show in person.

In all, the group filmed two versions of "Day Tripper," three of "We Can Work it Out," one of "Ticket to Ride" and two of "I Feel Fine" on this day.

Here is "We Can Work it Out" from this session.

50 years ago today: The Beatles at Shea Stadium

On May 24, 1965, American TV show host interviewed John Lennon at Cannes, who was attended the film festival along with director Dick Lester, whose "The Knack" was being presented. Lester also directed "A Hard Day's Night" and "Help!"

The complete video apparently isn't on YouTube, but here's audio presented with photos of John with Griffin.

The Beatles were still at work filming "Help!" when the 1965 Grammy Awards ceremony was aired on NBC April 28, 1965, so Peter Sellers presented their award via a film clip. The award was for "best performance by a vocal group" for the previous year's "A Hard Day's Night" single.

On April 22, 1965, the Beatles shot a promo clip of the group performing "Help!" It was aired on British TV's "Lucky Stars Anniversary Show" that July and also included in the opening scenes of the "Help!" film. Here's a high-quality snippet.

50 years ago today: The Beatles return from the Bahamas with Eleanor Bron

The Beatles and their "Help!" co-star return to London after location filming in the Bahamas. No audio.

50 years ago today: The Beatles film "Help!" in the Bahamas

Various footage from the group making "Help!," followed by a fan-made video that highlights filming locations.

50 years ago today: The Beatles leave London for the Bahamas to film "Help!"

The group with "Help!" co-star Eleanor Bron, no audio: