McCartney previously teamed up with Kanye West for the collaborative song ‘FourFiveSeconds’ which also featured Rihanna. The bridge was written by Dirty Projectors’ Dave Longstreth.

Longstreth has revealed in a New York Times interview that this wasn’t the only song penned during the Kanye West sessions. During one sit-down, West played Longstreth and Vampire Weekend’s Ezra Koenig an improvised track composed of McCartney’s Wurlitzer noodling and some improvised West lyrics.

Longstreth heard the phrase “Memories can get you into trouble” and went off with Koenig to turn it into a song. “Maybe you’re with your girlfriend but thinking of your ex,” Longstreth said of its possible use. “Kanye didn’t wind up using it,” he added, “but it was good—maybe something will come of it down the line.” 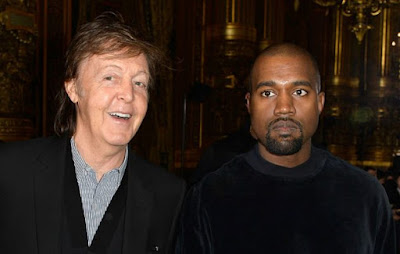