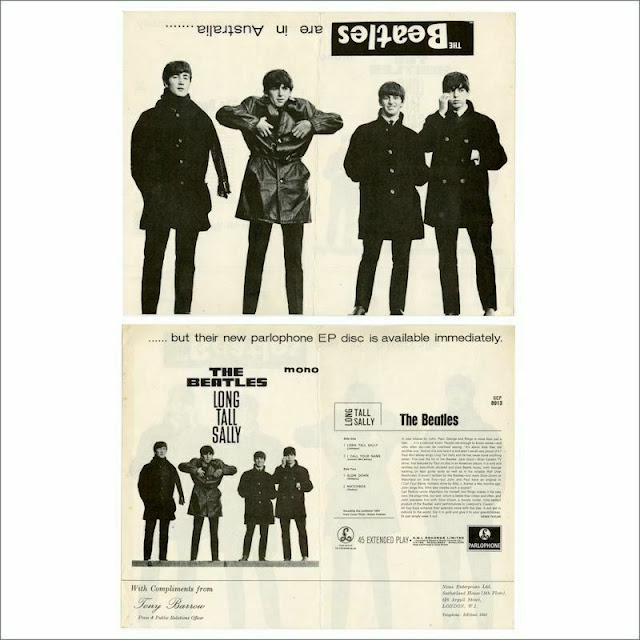 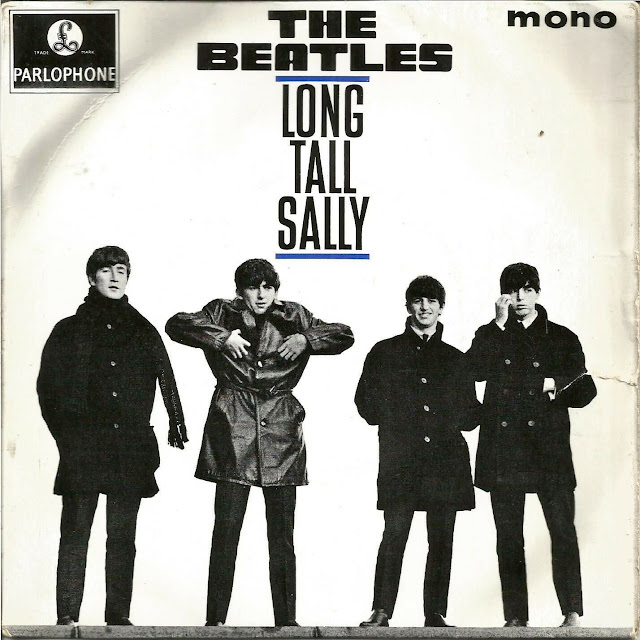 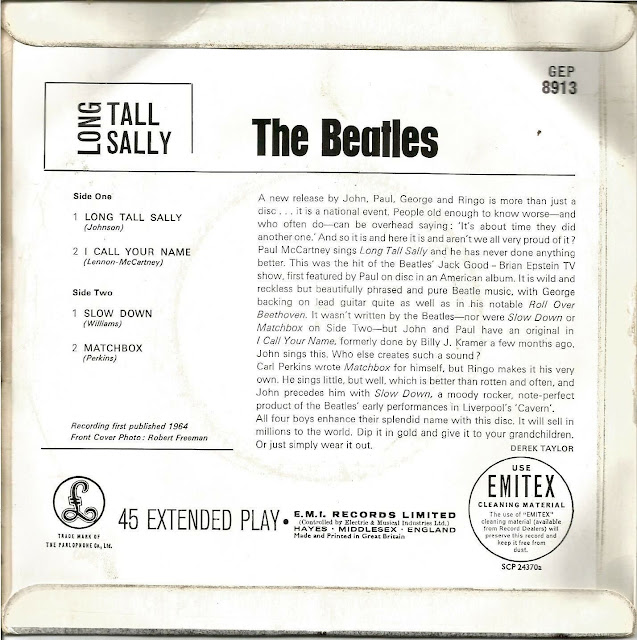 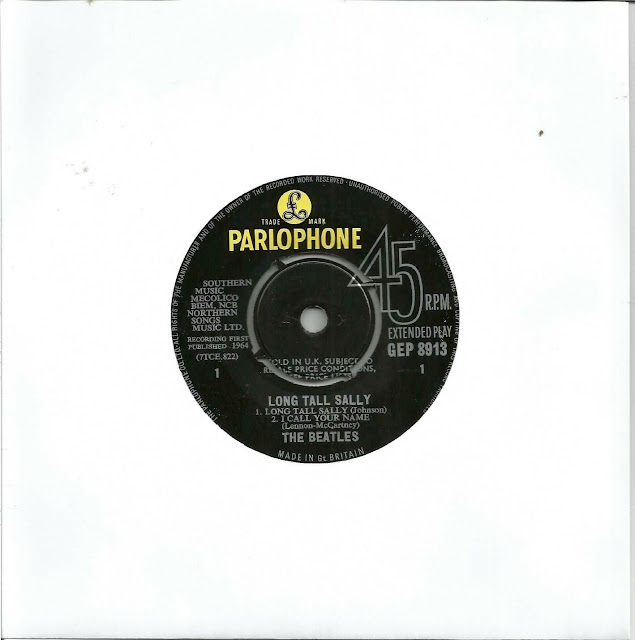 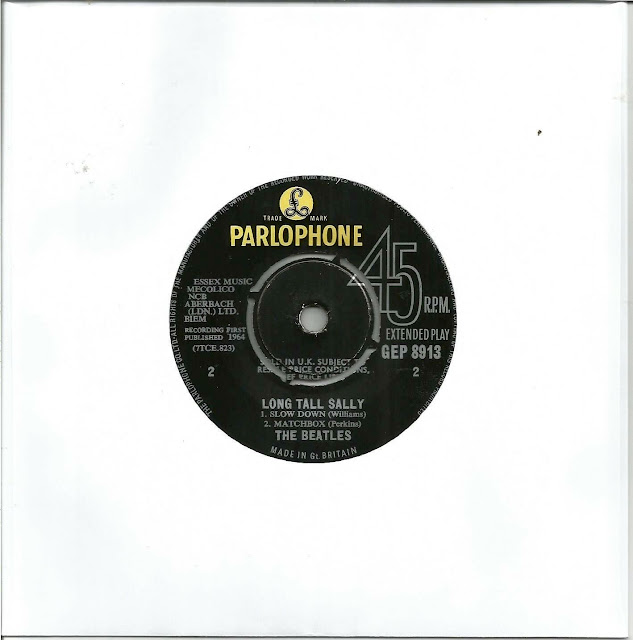 The Beatles' four-song "Long Tall Sally" EP first released in 1964 will appear in a vinyl reproduction for Record Store Day in the U.S., Nov. 28.

Songs on the 7-inch release include the title track, "I Call Your Name," "Slow Down," and "Matchbox."


Released in 1964, “Long Tall Sally” was the fifth Beatles 4 song 7” EP to be released in the UK but it was the first one to be recorded and released with all new material at the time. “Long Tall Sally” is noteworthy as it was one of the songs that Paul sang to John on the first day that they met and because it was recorded in one take with no edits or overdubs. It was recorded on the same day as the band recorded “I Call Your Name” and was originally intended for the film “A Hard Day’s Night.” In the end, it was decided that the two tracks would be used for a new EP so the band rounded the EP out with the recording of  “Slow Down” and “Matchbox.” Originally sung by Little Richard, Paul sings lead on the title track, John sings lead on “I Call Your Name” and “Slow Down,” while Ringo sings lead on “Matchbox.” Like recent reissues of Beatles original albums, this four track EP is also being released in Mono. The “Long Tall Sally” 7” vinyl EP is being specially rereleased for Record Store Day’s Black Friday in a very limited quantity. 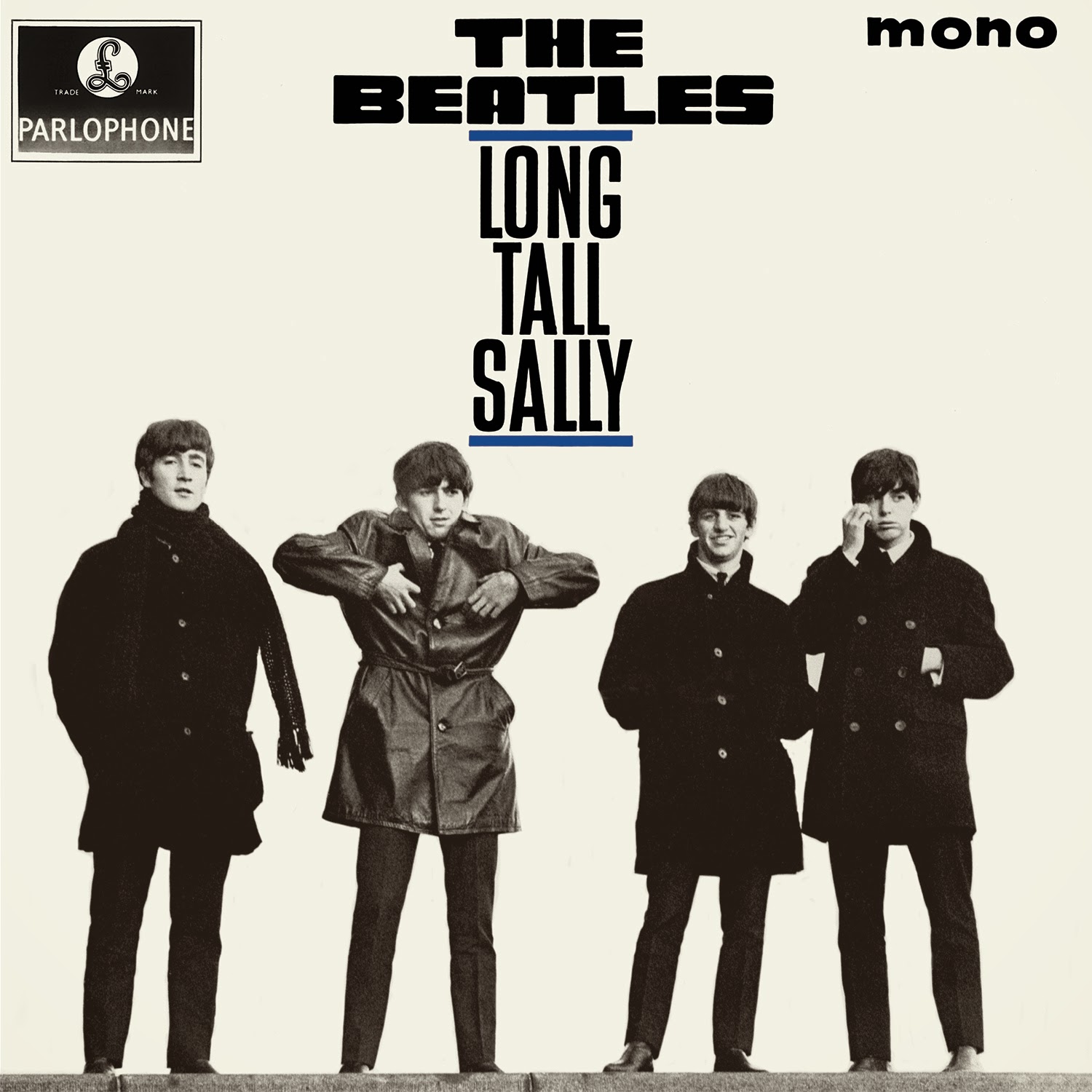