Watch the Beatles Live On The Royal Variety Show, 1964 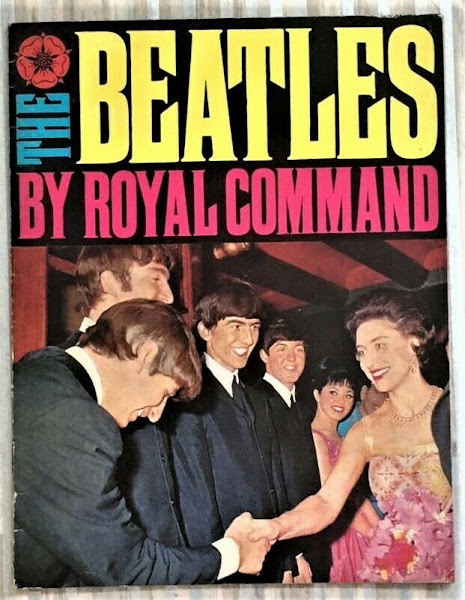 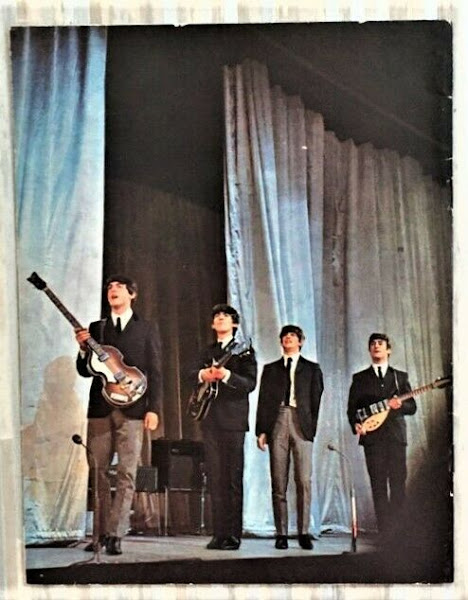 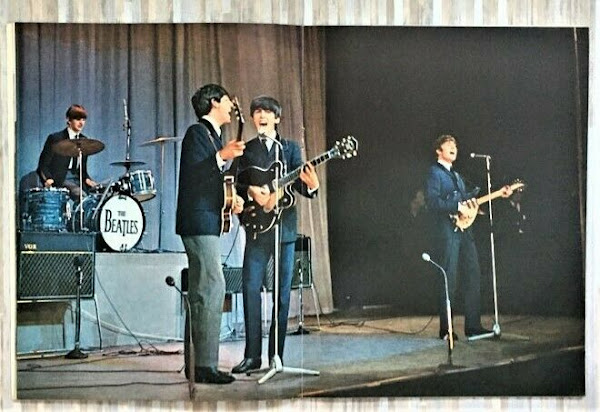 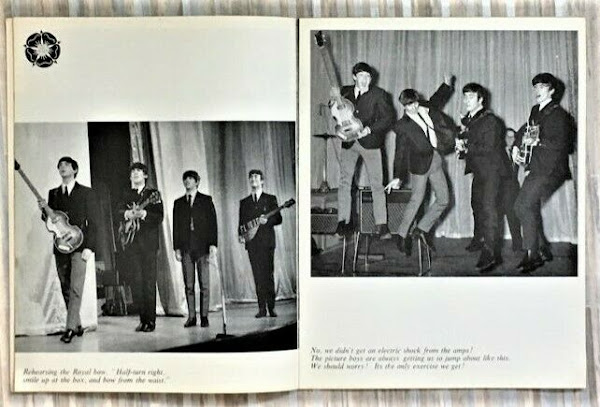 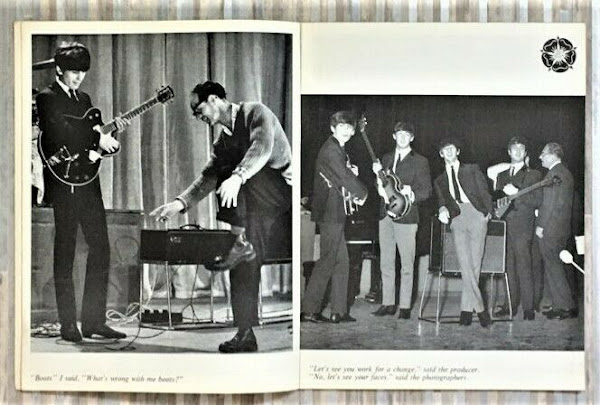 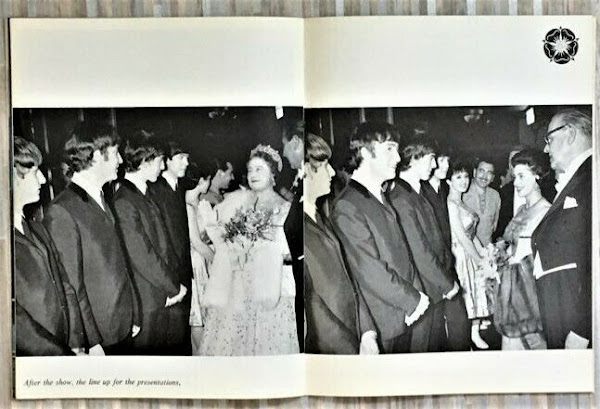 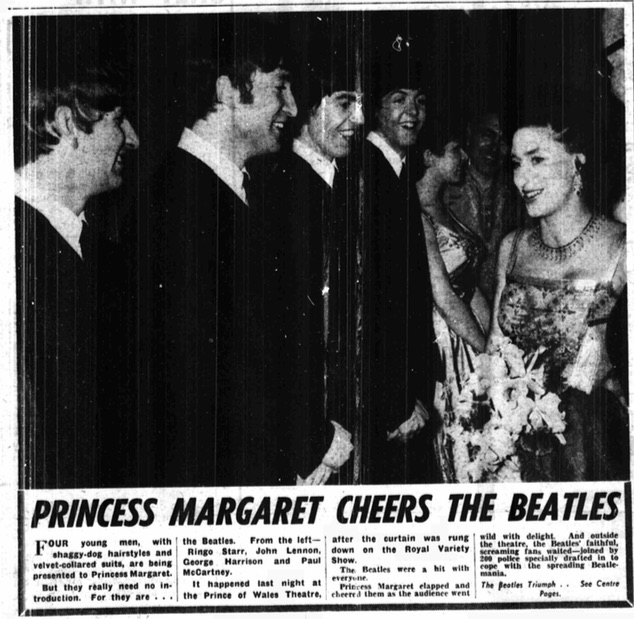 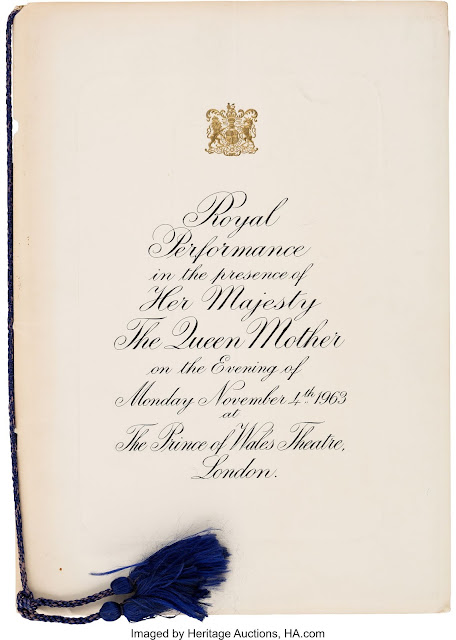 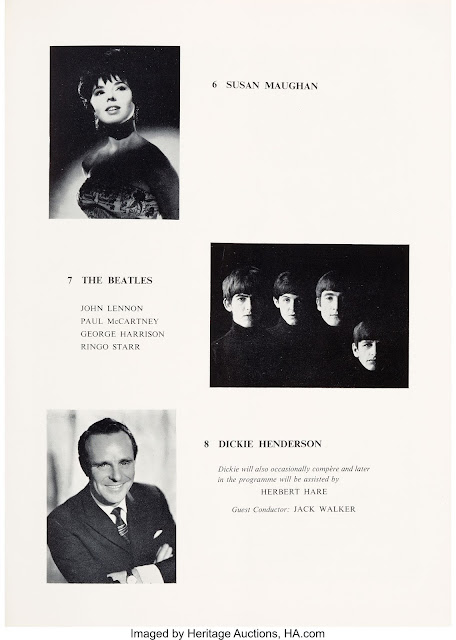 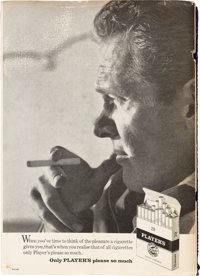 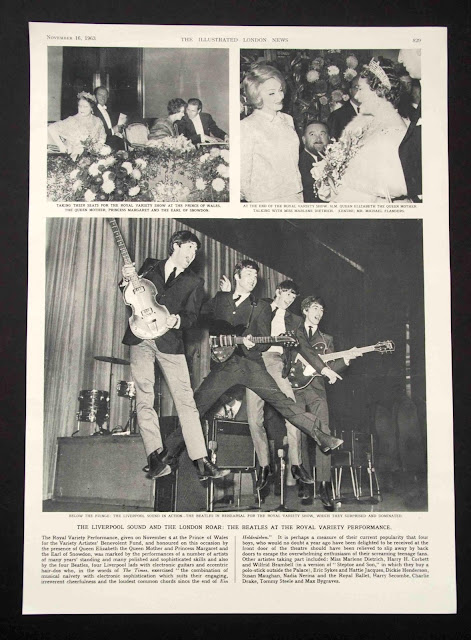 Japan Airlines is giving some of its passengers replicas of the "happi" jackets worn by the Beatles on their flight to that nation 50 years ago.


The new amenity was to be offered to passengers flying with JAL from London to Haneda from Thursday. 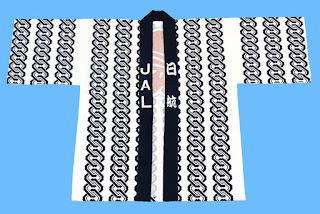 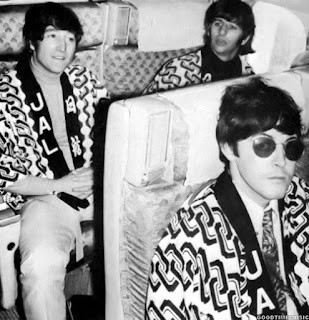 A 1960s concert program autographed by all four Beatles has turned up in a British charity shop. 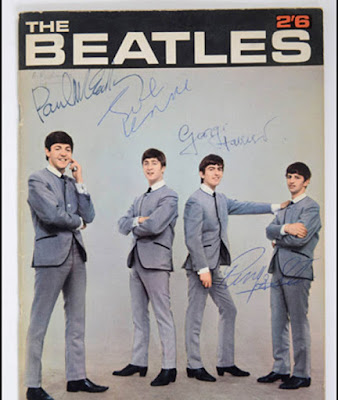 Will the Beatles be featured in season 2 of Netflix's "The Crown," which will be set during the 1960s?  The young Prince Charles was a Beatles fan and the group performed before the Queen Mother and Princess Margaret at the Royal Variety Show in 1964 and was awarded the M.B.E. by the Queen in 1965.


... there have already been theories on who could be an ideal choice for playing members of the classic band. There were some suggestions that Joseph Gordon-Levitt could play the role of John Lennon. Meanwhile, others think that Daniel Radcliffe is another suitable choice for the role.

Speaking of the Royal Variety Show, Cirque du Soleil were featured performing "While My Guitar Gently Weeps" from The Beatles Love show in this year's broadcast.
at December 16, 2016 No comments:

The Beatles' set at the annual Royal Variety Performance (informally known as the Royal Command Performance) in early November 1963 is certainly one of the most important gigs in their entire history.


Just three weeks earlier had seen their breakout television performance on the important television program Sunday Night At The London Palladium, after which the UK press coined the term "Beatlemania" for the fervor that the group was generating in their home country.

Thus the group was riding high when they took the stage at the Prince of Wales Theatre for an audience including the Queen <NOTE: Actually, the Queen Mother. The Queen was not present> and other members of the royal family.

Not missing an opportunity to project the cheeky humor that the group was becoming known for, John Lennon closed the performance with this introduction to 'Twist and Shout': "For our last number I'd like to ask your help. The people in the cheaper seats clap your hands. And the rest of you, if you'd just rattle your jewelry!"

This admission ticket from that historic evening was for artists and staff, and has the name "Mr. Baker" typed at the top. The Beatles have all signed beautifully on the back, Ringo and John in black ink, and Paul and George in blue ink. In addition, Marlene Dietrich (also a performer that evening) has signed the front in blue ink. 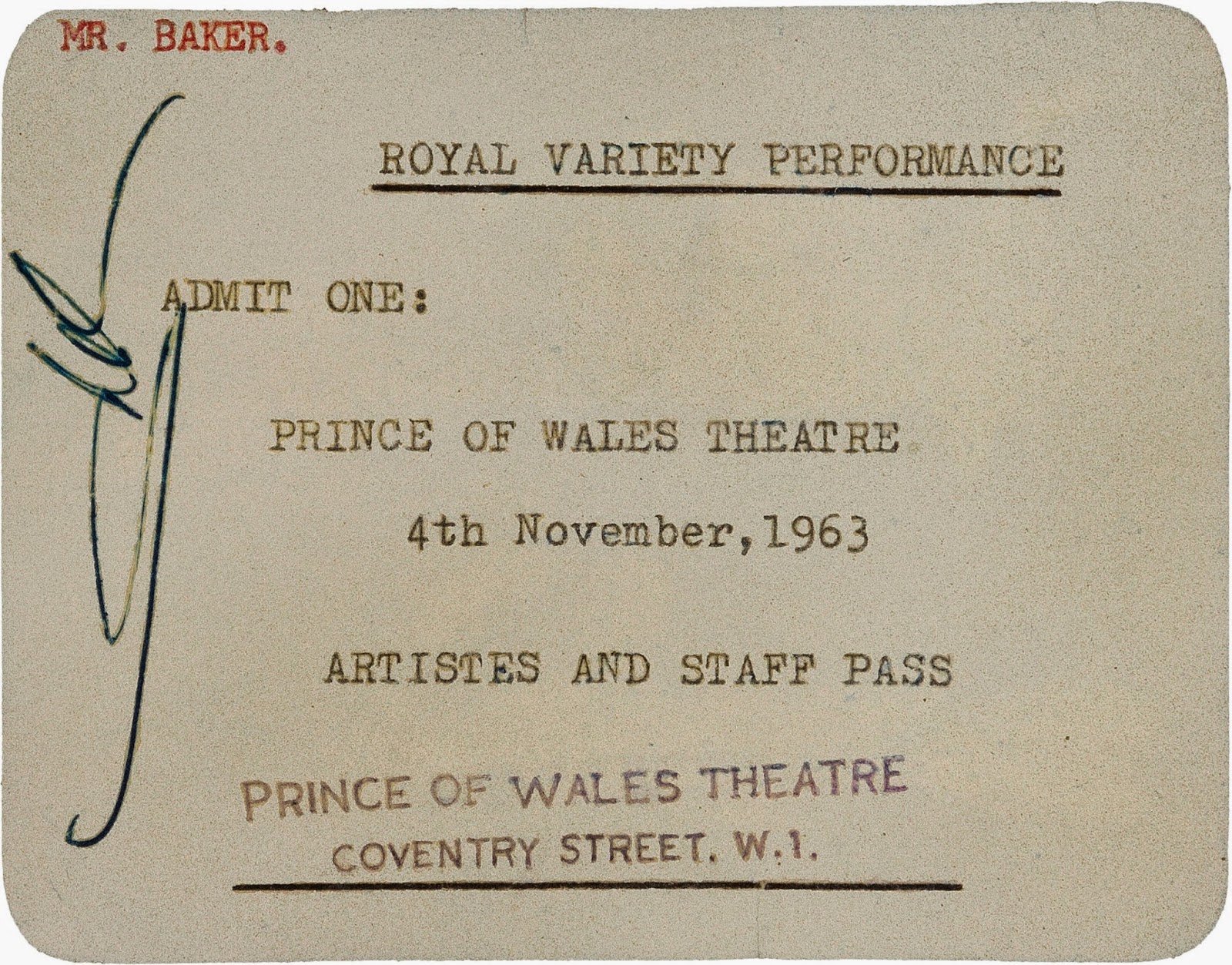 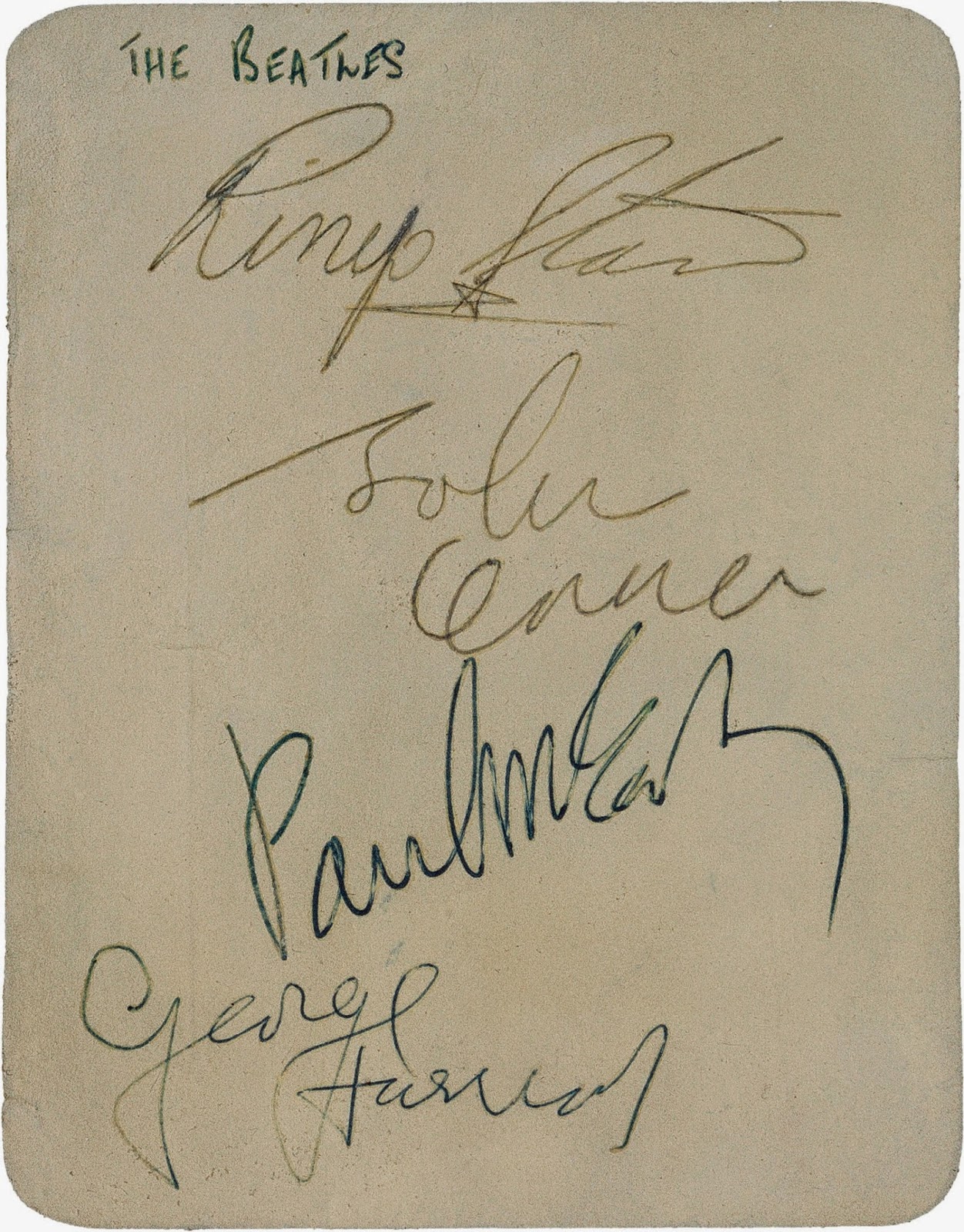