The Liverpool Echo interviews Thelma Cain, 82, who once lived next door to Julia Lennon's house in Liverpool.


Cain...remembered The Beatles playing music in the bathroom, where the acoustics were better.

She said: “Once, when my daughter was only a few weeks old, I sent my husband round to shut them up.

“He didn’t come back for three hours, he’d been listening to their music and drinking with them!"

The home on Blomfield Road in Allerton is now up for auction.

According to news reports, Yoko Ono has purchased the home at 9 Newcastle Road that was home to John Lennon's mother, Julia.

John, who later went to live with his Aunt Mimi, spent his early childhood in the house.


Although the identity of the purchaser has not been officially confirmed it is being refurbished by the same team that Yoko Ono sent into another of John Lennon’s former homes, 251 Menlove Avenue also known as Mendips.=

Ono refurbished Mendips in a 1950s style in order that it should look as it did when John lived there. After work on the property was complete Ono donated it to the National Trust so it could be opened to the public.

When it opened in 2003 she told Associated Press: "When John's house came up for sale I wanted to preserve it for the people of Liverpool and John Lennon and Beatles' fans all over the world.”

A tourist industry source said: “Yoko Ono has a track record of buying property associated with John Lennon. It is a well known amongst Beatles experts in Liverpool that she has bought the property.

“She appears to be putting the house back to what it would have been like in the 1940s when John lived there. I think it’ll be superb when it is finished.” 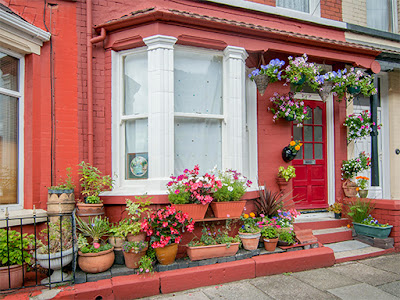