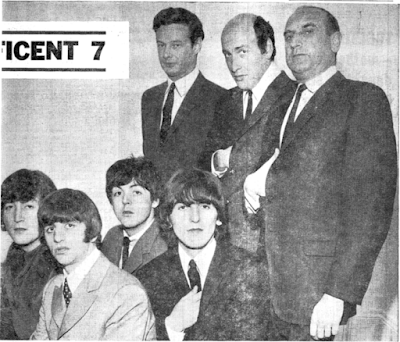 The Beatles and Brian Epstein pose with Richard Lester, director of "A Hard Day's Night" and "Help!" and Walter Shenson, producer of the two films. 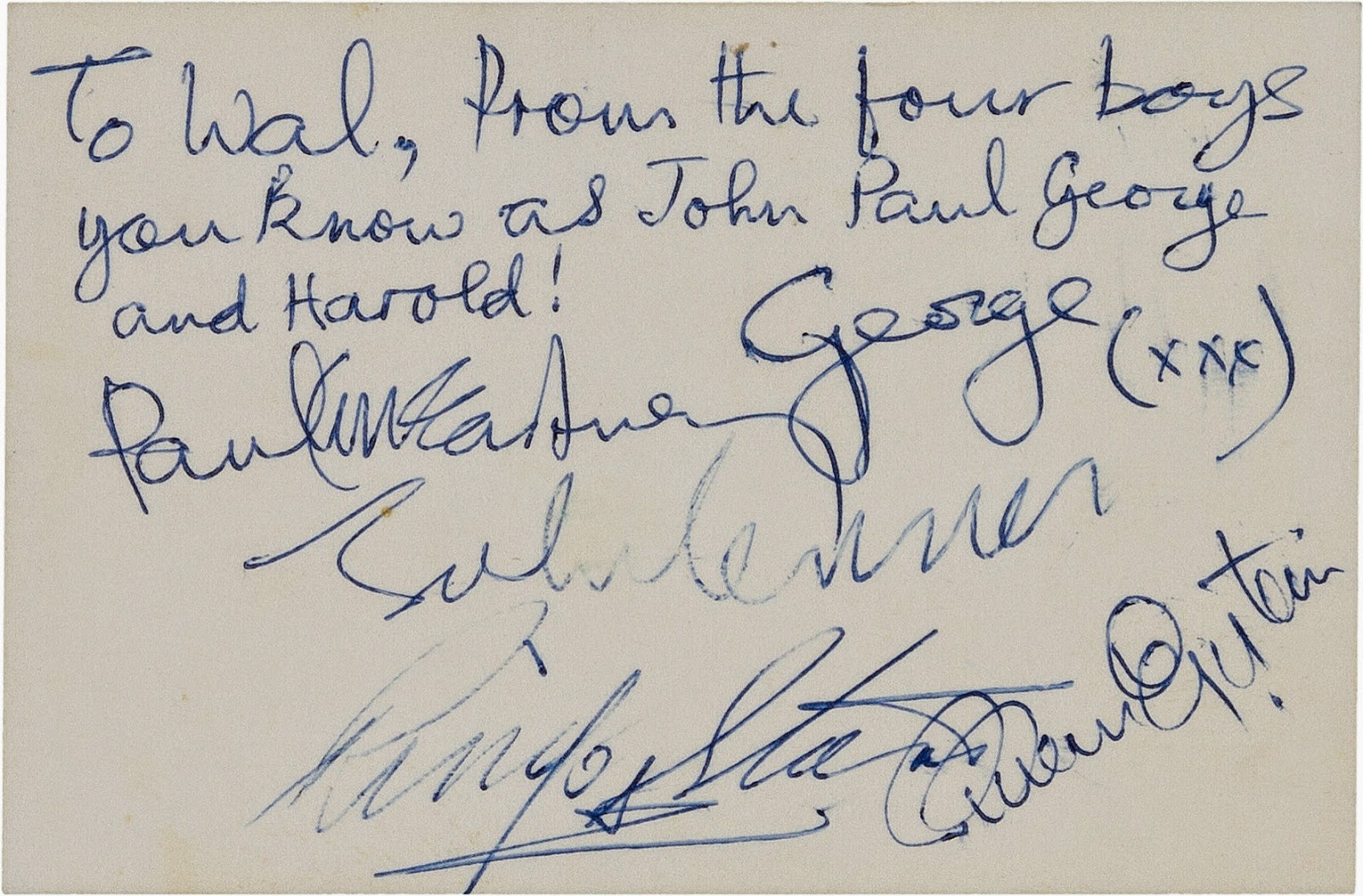 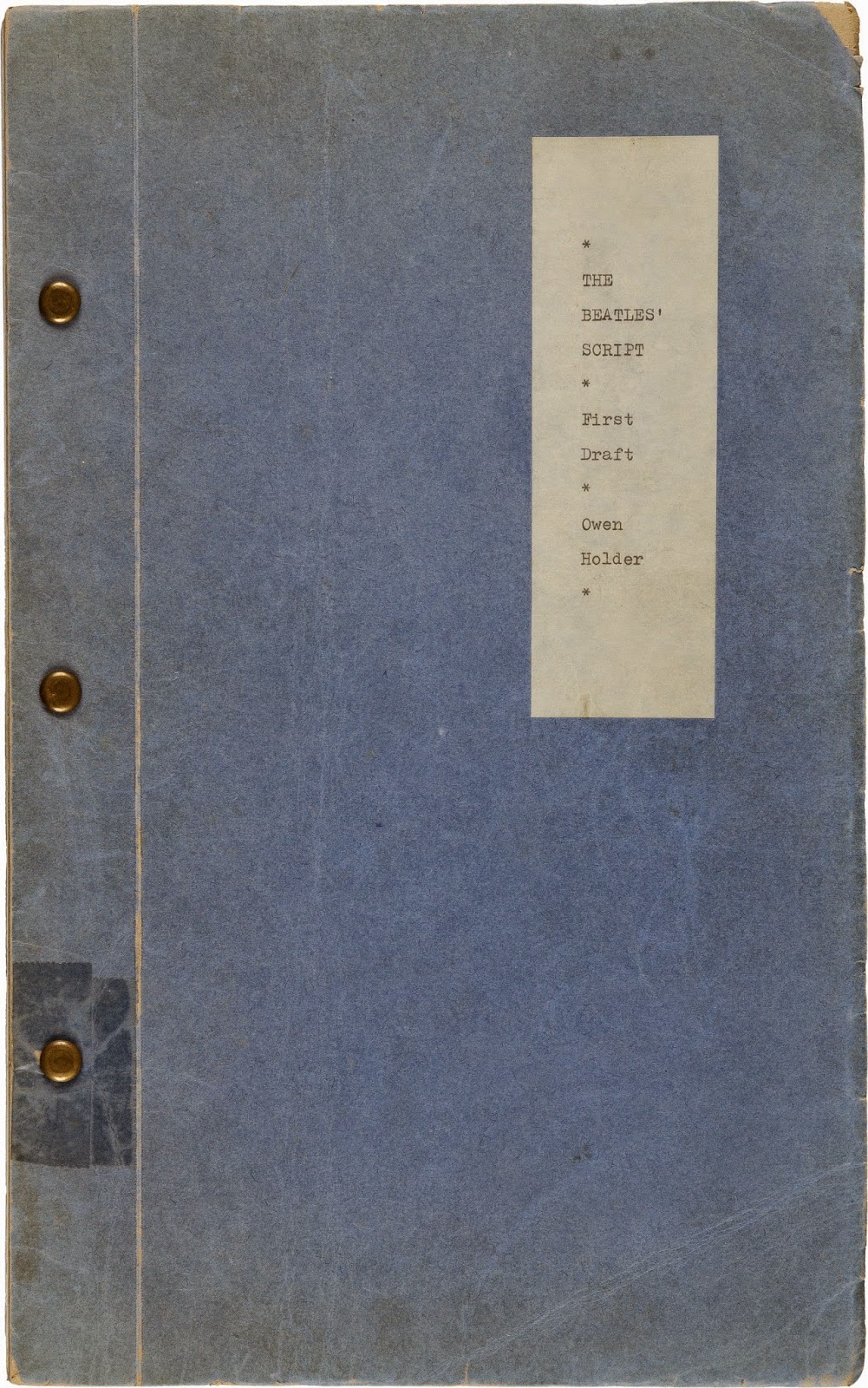