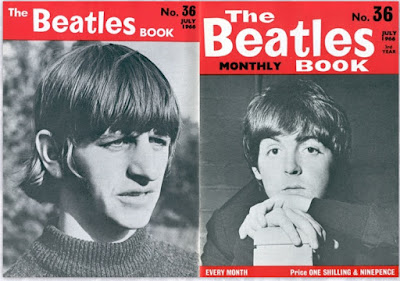 As this issue of the Beatles' official fan magazine went to press, the band was finally out of the studio having completed the Revolver LP, had finished a short German tour, and were on the way to more dates in Japan.

As a tie-in to the group's recent trip to Germany, this issue has a look back at at the group's early days in Hamburg, featuring an interview with Rosa (no last name provided), the cleaning woman at the Indra Musikclub, who befriended the band when they first arrived in the city.

Another flashback article, meanwhile, focuses on July 1964, when the Beatles attracted huge crowds of admirers during their visits to Australia and New Zealand ... 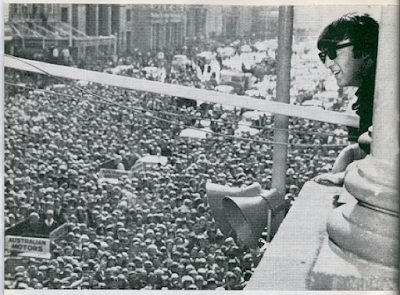 and were pelted with rotten eggs by people who didn't like them: 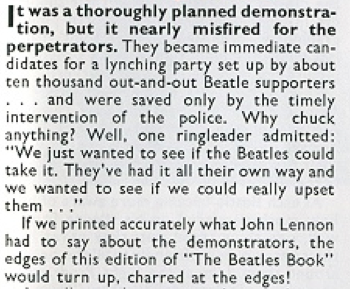 There's also an article by pop writer Sue Mautner who had visited with the Beatles as they shot promo films for "Paperback Writer" and "Rain" at Chiswick House near London back in May. Numerous photos from the film shoot are also featured, including a pic of the band having a late lunch in the back of their Austin Princess. 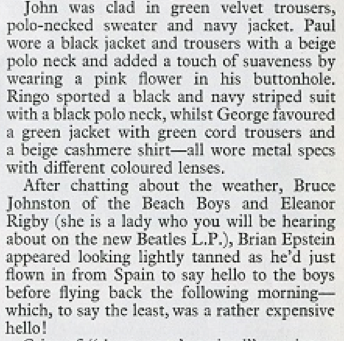 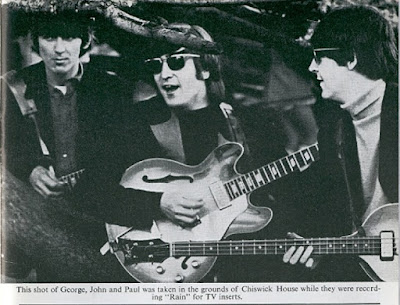 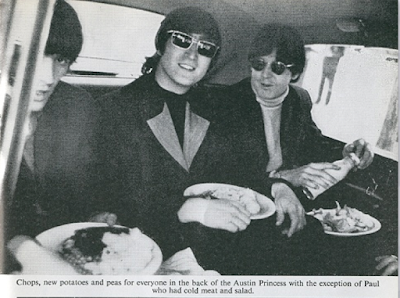 Meanwhile, Neil Aspinall, in his column, details the the production of a separate set of promo films for "Paperback Writer" and "Rain," shot indoors at Abbey Road: 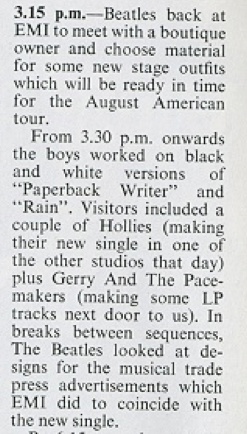 In the "Letters from Beatle People" section, Paul answers a query about that "boss" new tune, "Rain": 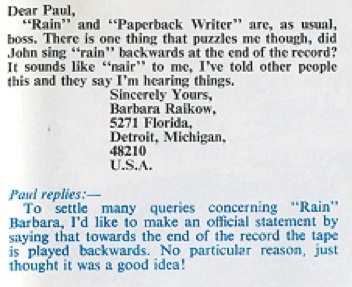 The "Song of the Month," meanwhile is "Paperback Writer," illustrated with Paul's handwritten lyrics and notes for the tune: 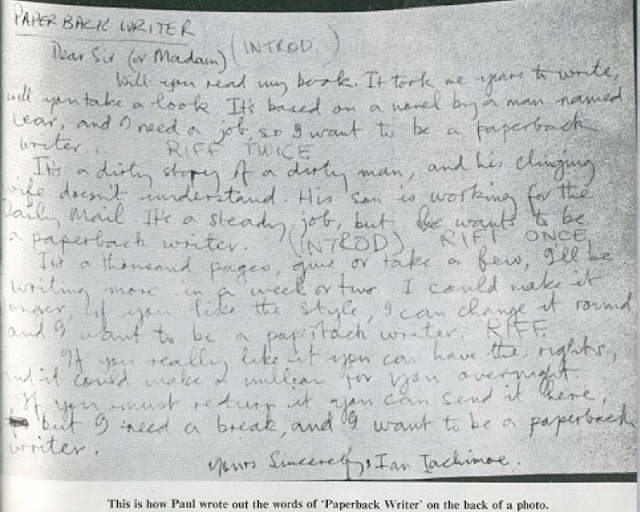 And, finally, some pics of Ringo playing around with the fold-up travel bike: 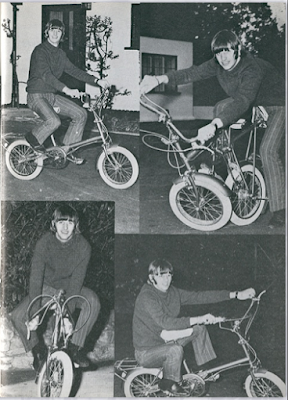