The UK Independent has a story about a newly discovered 1968 letter from Capitol Records to then-Apple Records head Ron Kass relaying concerns from a U.S. record retailer that the Apple label design "looked like a vagina."

The Independent article makes the claim that the complaint nearly led Capitol to scuttle the release of The Beatles' "Hey Jude/Revolution" single, but nowhere in the 1968 letter is this implied.

Furthermore, as the letter points out, the entire Apple logo wouldn't even be displayed on "Hey Jude/Revolution" or any other U.S. single, due to the large center hole placed in every U.S. 45rpm release. 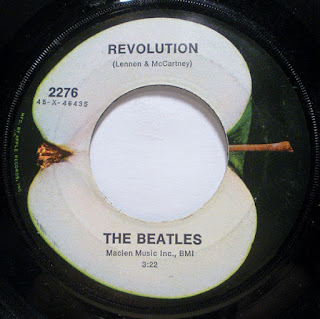 Americans wouldn't get a full look at the entire "half apple" logo until the release of "The White Album," in November - nearly three months after Capitol sent its letter. 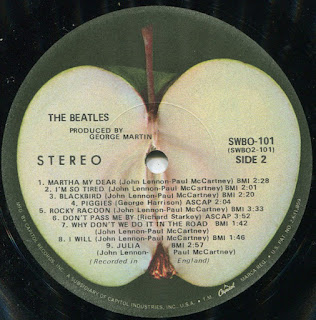 As the 1968 letter implies, the retailer in question must've had an early look at the complete label in promotional materials, not on the actua U.S. releases.

Interestingly, the U.S. press kit for the first four releases didn't include a full view of the entire label, either. All the single releases it contained also sport large center holes: 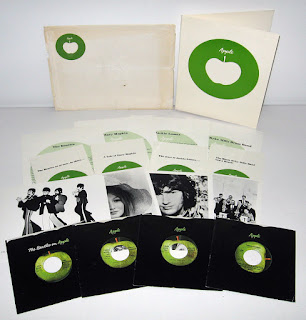 ...The letter, addressed to Apple boss Ron Kass, reads: “Here’s a wild and unanticipated problem to brighten up your day I just received a call from a very large and influential rack jobber in the western United States. He opened the conversation by saying, ‘Are you guys serious? Do you know what you’re doing? Do you really intend to sell products bearing the new Apple label?’

“He then stated that he felt the new Apple label was completely pornographic and actually depicted a vagina.”

The letter adds that the “graphic similarity” was “noticed by all of his key employees”.
“[He] doubted that many of his chain store customers would even be willing to stock and display products containing the label.” 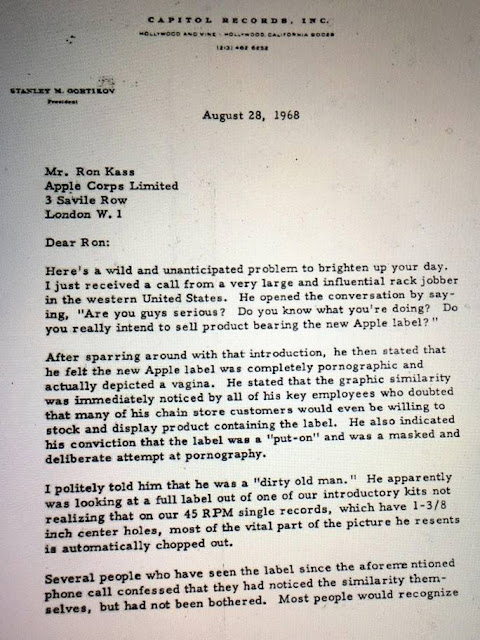 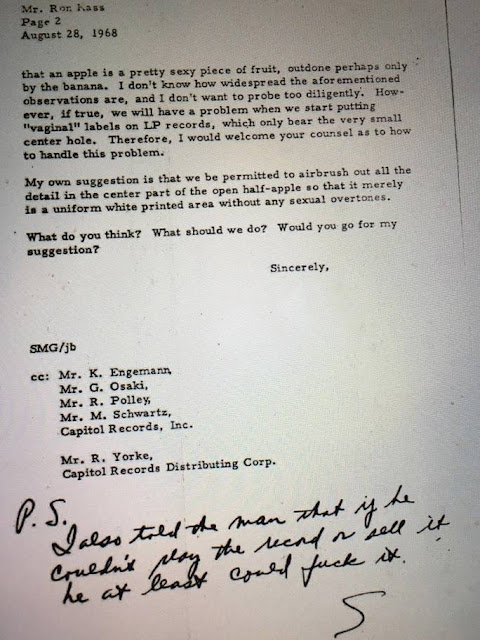