Quarrymen banjo up for sale

A banjo played by Liverpool musician during his Quarrymen days alongside John Lennon is up for auction.


The Windsor Whirle Victor Supremus banjo is still very much in its original state. Rod Davis joined the Quarrymen in late 1956.

The banjo was used by Rod at all the group's early gigs and also at the historic Woolton Village Fete concert, 6th July 1957, the day that Paul McCartney was introduced to John Lennon.

The instrument was also played by John Lennon, Rod recalls, "If he broke a string mid-song John would quickly turn to me and he would take my banjo and continue the number. He had no problem with it as it was, of course, tuned to banjo tuning and the chords he had learnt from his mother worked perfectly, better in fact because the banjo had only four strings. It was then my job to replace the string on John's Gallotone as quickly as possible, so that we could swap instruments again before we started the next song. So not only John has played this banjo, but it has also been used by his mother Julia." 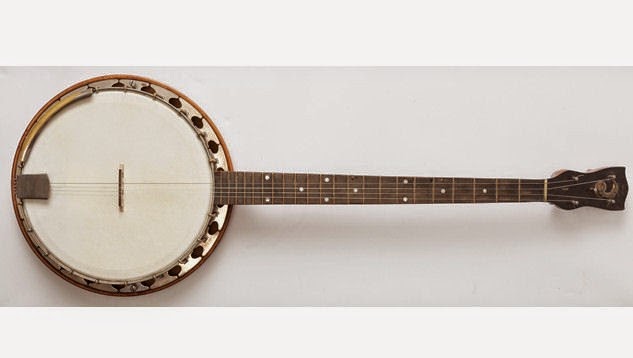