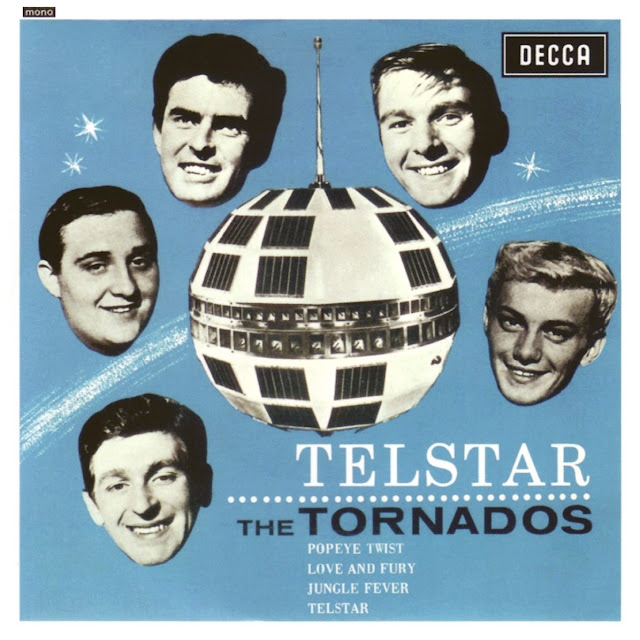 The Tornadoes were the first British pop band to the U.S. charts, with the space-age instrumental hit, "Telstar," written and produced by the legendary Joe Meek. By 1963, the band had lost considerable ground to the Shadows in the UK instro-pop stakes and the emergence of Mersey Beat.

Here, the group weigh in on the Beatles' prospects in the U.S.

"Listen," said Clem. "When we cut 'Telstar', did the Americans say what a great British sound? They didn't. They just said: 'We like the sound of The Tornados. It's their own sound.'

"Well, this is what I'm saying about The Beatles and all the other Liverpool groups that have made it big. It's not a special Merseybeat rhythm and blues, or big beat. It's a special sound belonging to the group that thought of it.

"And good luck to them. It's different, new and exciting."