The Percy Phillips studio, where the fledgling Beatles cut two tracks, will be the focus of an exhibition Aug. 26 as part of Liverpool's annual Beatles Week, Independent.IE reports.

The pre-Beatles Quarrymen, featuring John Lennon, Paul McCartney, George Harrison with pianist John Lowe and drummer Colin Hanton, recorded a cover of Buddy Holly's "That'll Be the Day" and the McCartney-Harrison composition, "In Spite of All the Danger" in the studio on July 12, 1958.

Both recordings are included on the Beatles' Anthology 1 compilation. 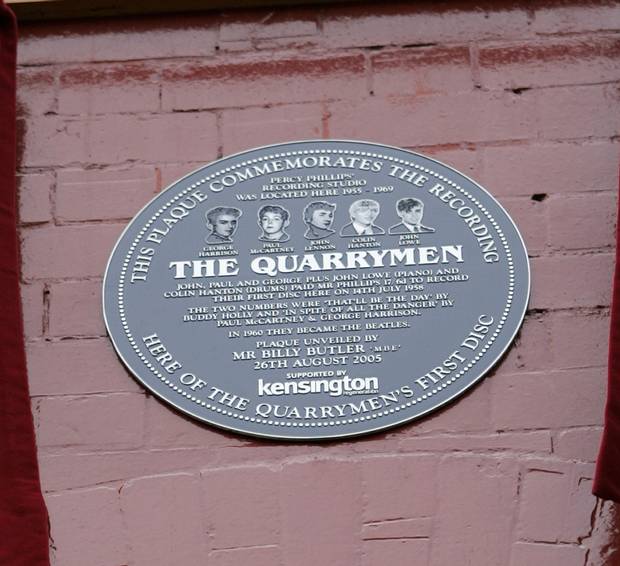 Email ThisBlogThis!Share to TwitterShare to FacebookShare to Pinterest
Labels: In Spite of All the Danger, Liverpool, Percy Phillips Studio
Older Posts Home
Subscribe to: Posts (Atom)