The Beatles and the Legend of Lord Sitar

In 1967, the release of an instrumental album titled Lord Sitar, featuring pop songs by the Beatles and others played on that self-same instrument, led some people to think George Harrison had released his first solo album under a nom de plume. After all, George played sitar and Beatles tunes, right?

But another guitar/sitar-picker was actually behind the release: a bloke called "Big" Jim Sullivan (which was another stage name; he was born James George Tomkins), a London session musician who'd played on hits by Tom Jones, Shirley Bassey, Dusty Springfield, Donovan, David Bowie, Cilla Black and more.

He reportedly got his nickname because he was bigger than Jimmy Page, who played on some of the same recording sessions in the early 1960s.

Sullivan, like Brian Jones of the Rolling Stones and others, took up sitar when it gained popularity due to George's use of the instrument on "Norwegian Wood (This Bird Has Flown)" and other Beatles tracks. Before the Lord Sitar album, Sullivan played on another called Sitar Beat. He also played bass on George's real first solo album, Wonderwall Music, released in 1968.

I picked up a vinyl re-release of Lord Sitar at Record Store Day several years back and it's a fun, groovy record that smacks of its times. No masterpiece, but enjoyable to hear. Check it out. 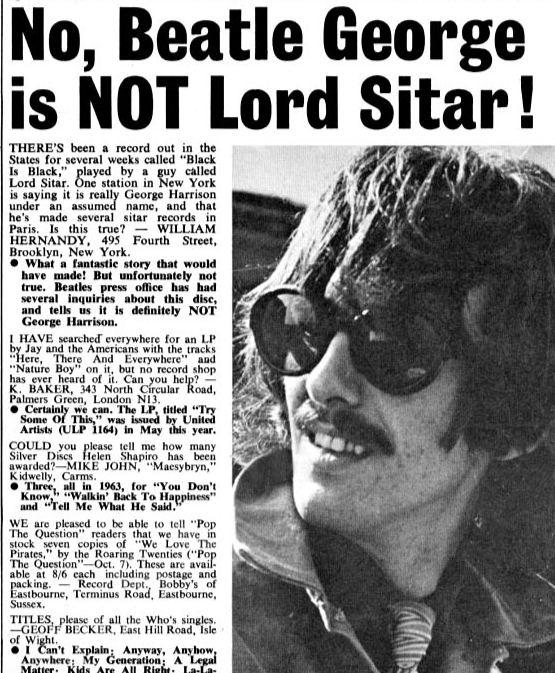 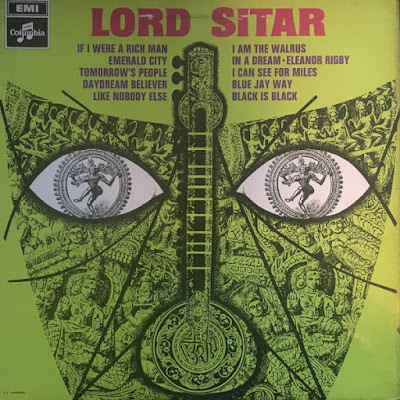 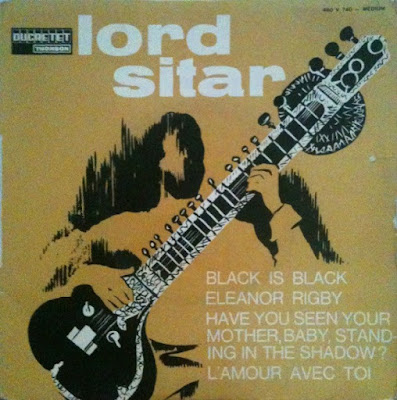