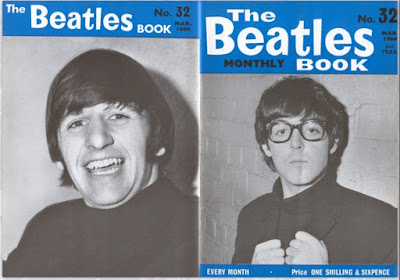 The March 1966 issue of of the Beatles' official magazine arrived just as the band was finishing up a relatively inactive period, but looking ahead at more recording dates, touring and a potential third film. There's not much in the way of news, but numerous nice photos - mostly from the Rubber Soul recording sessions the previous fall. 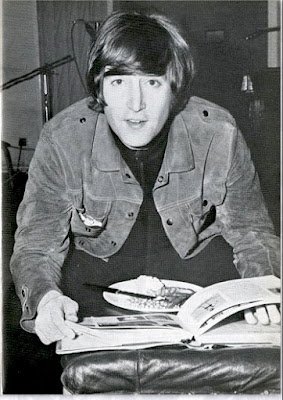 In the Beatles Talk section, John and Ringo talk about the Shea Stadium concert film, which was broadcast on BBC television March 1. 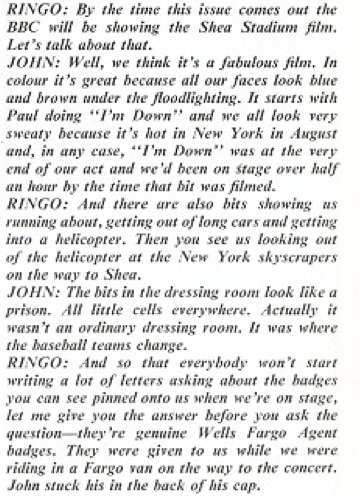 Several pictures of George and Pattie Harrison's Jan. 21 are featured, including this one of the couple with George's mother, Louise. 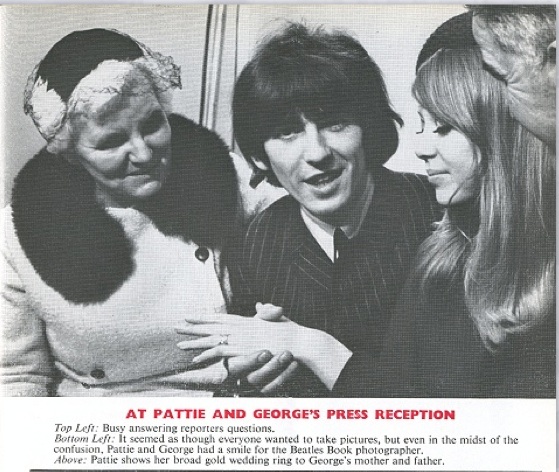 The letter section generated a couple of fan questions regarding "Norwegian Wood." 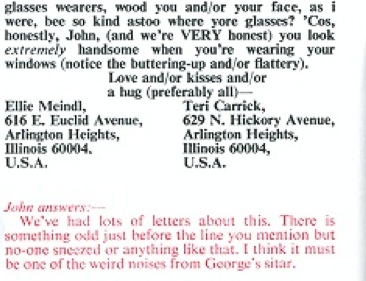 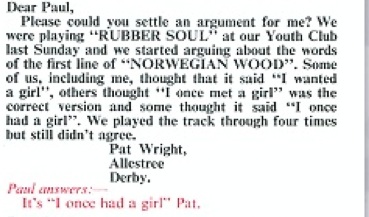 The Behind the Spotlight section looked back at March 1964, which saw the band starting to film "A Hard Day's Night."

The month's featured Beatles song was "I'm Looking Through You." 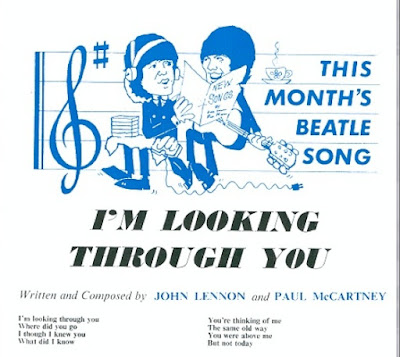 The new section included items about the band's planned third live-action film and a third book from John, neither of which was completed (though a third collection of John's writings through the 1970s was published after his death as "Skywriting By Word of Mouth"). 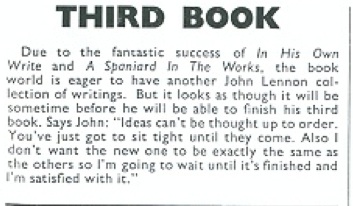 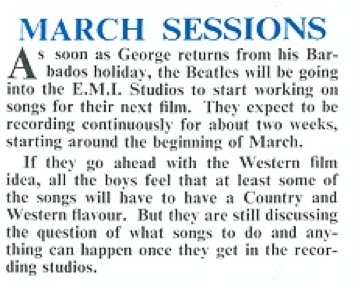 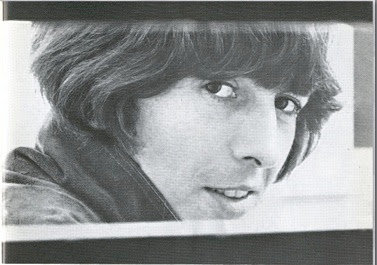 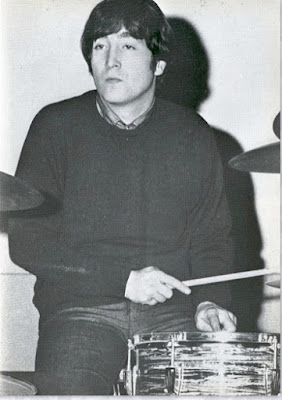 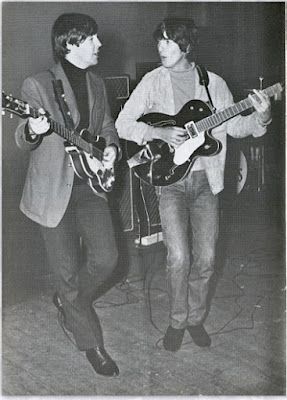