Michael Winfield, who played the oboe solo on the Beatles' "Strawberry Fields Forever," passed away this week, Slipped Disc reports.


Mike played oboe and cor anglais in the Halle and London orchestras for almost half a century. He taught oboe at the Royal College of Music, in London, and was hugely influential on three generations of players.

The Beatles' Record Store Day offering, a facsimile of the band's 1967 "Penny Lane/Strawberry Fields Forever" single was had to find in many shops, but mine had several copies and I nabbed one.

The new version looks just like the original, with it unusual, wave-top picture sleeve and it artsy front cover photo of the newly mustachioed Fabs.

The sounds on the record, however, are fresh. Both tunes are presented in re-mixes by Giles Martin and Sam Okoff. "Strawberry Fields" is a 2015 re-mix that was included on the Beatles 1+ release a couple of years back while "Penny Lane" is a teaser for the 50th anniversary Sgt. Pepper set due out next month.

The tune gives us a good idea of the mono-in-stereo approach Martin says he took in re-mixing the Pepper LP.  There's little stereo separation, just a hint of depth, but the sound is vivid, with rich bass and clear definition in all the other instruments and in the vocals. While it's a "Paul song," "Penny Lane" is nearly a duel vocal by John and Paul and that aspect really comes through. I hear more of John in this remix, yet, overall, it doesn't sound startlingly different from the "Penny Lane" I've been listening to all these years.

Martin's approach seems right to me. The Beatles spent a lot of time on the mono mix of Pepper, yet the album's fidelity was compromised by the available technology of its time. All the "bouncing down" and tape copying the band was forced to do in order to overdub the LP's many instrumental and vocal parts using four-track recording resulted in generation-loss in the sound. Fortunately, though, early-generation elements were preserved and Martin was able to go back to these and essentially re-build the album, keeping the original mix as his guide. The result, I think and hope, will be the Pepper we all know in love, but in much-improved sound.

The Record Store Day single is a good pressing with no detectable surface noise to my ears. I'm looking forward, however, to the even better sound we'll likely hear on the higher-resolution CDs and Blu-Ray Audio tracks to be included in the upcoming Pepper box.

Frankly, the nostalgia value of the cover was the main reason I picked up this release. Growing up in the U.S. during the 1970s, I never had a chance to get an original.

Another Beatles-releated RSD release, which I skipped on, was a cassette replica of three demo tunes Paul McCartney recorded with Elvis Costello during the late 1980s. These are also included in the download portion of the recent Flowers in the Dirt box. Penny Lane picture sleeve aside, I tend to buy things just for the music, not the packaging, and a "fake" cassette with Paul's reprinted handwriting on it just seems silly and cheesy to me.

Below you can see old/new pictures of the "Penny Lane/Strawberry Field" single. 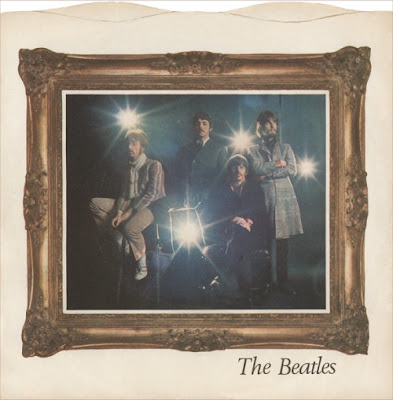 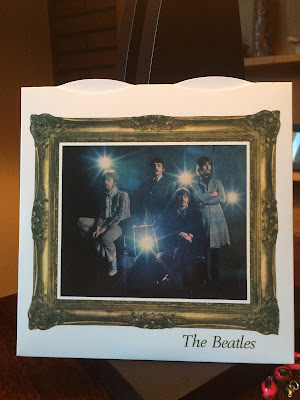 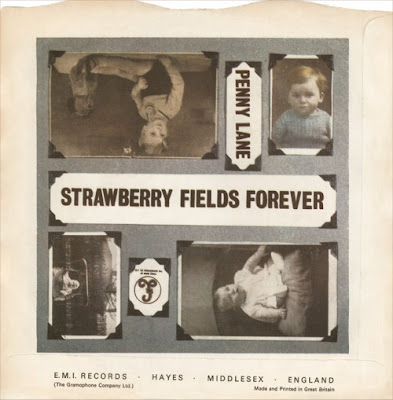 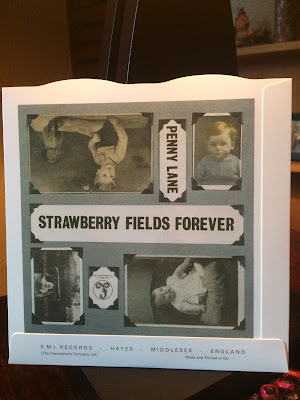 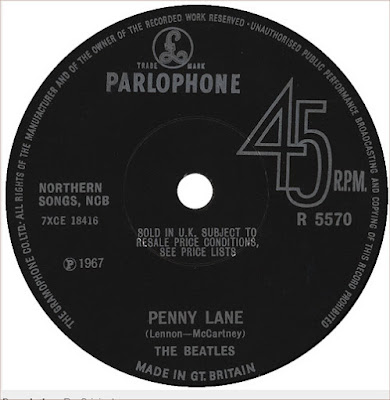 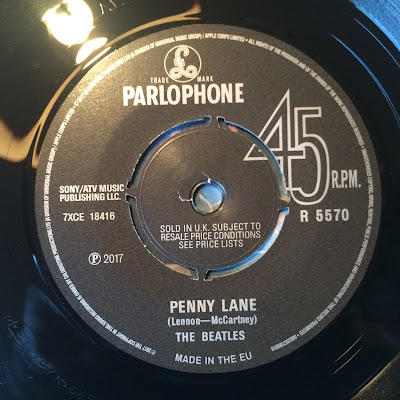 A preview from the upcoming Beatles 1+ video collection.