Matt Monro's You Keep Me Swinging: The George Martin Years is a new collection of recordings the British Sinatra-sound-alike made with Sir George before, during and after Martin's association with the Beatles.

The release includes Monro's covers of "Yesterday" and "Michelle," his James Bond theme, "From Russia with Love" and three songs Martin composed himself: “This Time,” “Can This Be Love,” “No One Will Ever Know.” 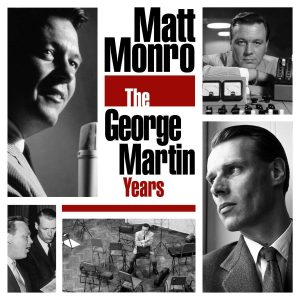 A display of vintage posters created for the Beatles' early appearances around Merseyside and in the famed Cavern Club will go on an exhibit as part of International Beatles Week in Liverpool this month. 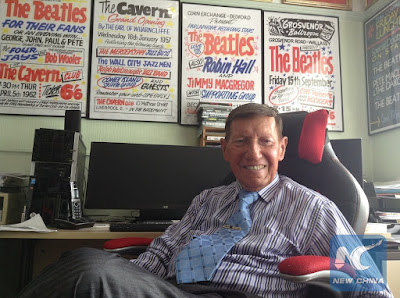 Paul McCartney was named Britain's top-selling LP artist based on sales of his and the Beatles albums, Billboard reports. Combined, he's hit #1 a record 22 times during his time with the Beatles, Wings and as a solo artist.

John Lennon was ranked at 18, George Harrison at 17 and Ringo Starr at 15.


“Okay, you know how it really feels? It feels unbelievable, because when you write your songs you don't count how well they're doing,” McCartney said in a statement. “I remember when Please, Please Me went to No. 1, that was our first No. 1 record, and it’s a beautiful feeling to suddenly get this [award], I mean it's amazing.

“So thank you to the people for giving it to me, I love you. And thank you to everyone who made it possible by buying the records, we love you too!"

Ringo Starr talks about streaming music and his own listening habits.


Q: How do you listen to music? Do you stream or listen to vinyl and CDs?

A: At home, I do it all. I love iTunes. Though the Beatles are streaming now and have had a billion streams, I haven’t actually done it myself. If I’m in the car, I usually listen to the radio, 88.5 Northridge [KCSN-FM]. I just love that channel.

...Q: What do you make of the disputes between artists and the streaming services, with artists claiming they aren’t getting paid enough?

A: I like to support the artists. I heard a guy had 12 million streams, and he got a check for $5, which is not fair. I’m not talking about us. The Beatles are doing fine, and we have the power where we can make a deal upfront.

For an artist starting off, there’s no clubs for them to play in. The venues have gone down. It’s very hard now. It’s easier to become a celebrity on a TV show as a band for four months than work solidly.

Ringo was also the first Beatle to become a great-grandfather this week, Billboard reports.

Tatia Starkey is the daughter of Ringo's son, Zak, who is a drummer for the Who, and has also drummed in the past with his dad's All-Starr Band and Oasis. Tatia Starkey also has a musical career as a member of the band Belakiss.

Remembering when a Texas radio station was struck by lightning the day after it organized a bonfire of Beatles records in response to John Lennon's "bigger than Jesus" comment.


The station was one of several to host a “Beatles bonfire,” and on Aug. 13, 1966, it invited listeners to come by and burn “their records and other symbols of the group’s popularity” at a gathering.

According to the Beatles Bible, the Grand Dragon of the South Carolina Ku Klux Klan was on hand for the event, where he reportedly made a wooden cross to which he nailed and burned one of the group’s LPs.

The incident brought in plenty of PR for the station, but they weren’t able to capitalize on their newfound notoriety for long. The following day, KLUE’s transmission tower was struck by lightning, hit by a bolt powerful enough to not only wreck their equipment, but actually knock out the news director.

Paul McCartney discusses the ritual of his pre-show soundchecks.

The soundcheck is actually structured like a gig. You move to piano for some songs; there is an acoustic set; and you paid homage to your roots in "Midnight Special" and the Carl Perkins cover.

We also do [Jesse Fuller's] "San Francisco Bay Blues." Some of these things remind you of other songs in our repertoire, like "Mrs. Vandebilt" [on Wings' 1973 album, Band on the Run] or "Every Night" [on 1970's McCartney]. We don't do them in the show anymore, but [the soundcheck] keeps the songs in there. Depending on the mood, we'll see how experimental we want to get.

There's an old thing, "Don't Let the Sun Catch You Cryin'" – not the Gerry and the Pacemakers one, the Ray Charles one [on the 1959 album The Genius of Ray Charles]. I used to do that with the Beatles in Hamburg. That's a nice thing to pull back. It's an echo of the show. The roadies know, "OK, he's testing that. He's gonna do his pedal there." We run through everything that happens in the show.

But when it comes to the show, it's all in a different form. And we didn't get bored. So the show is interesting now – all that checking we did, but with loads of people instead of a few, with a different set of songs. It keeps it fresh. And it's interesting that it's grown up – a tribal ritual that I've constructed. We all know and trust this ritual.

The Guardian looks back at its 1966 review of the Revolver LP. 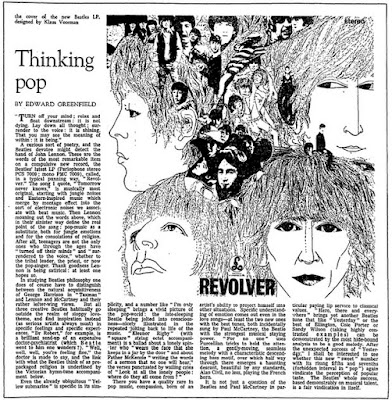 The Detroit Free Press shares some rare photos from the Beatles' 1966 appearance in that city. 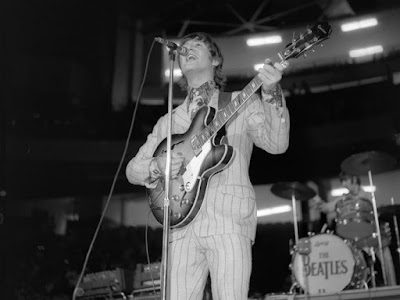 Three men recount their scheme, in 1966, to meet the Beatles by impersonating opening group, the Cyrkle.


The Beatles weren’t there, but their instrument guy was, and a couple of other people who I later saw pictures of in Beatles books. We went in with a great sense of confidence — Oh, we’re the group that was hired to impersonate the Cyrkle. And they went, “Oh, okay.” Like they didn’t know about it, but it made sense to them. And then, within about 30 seconds, the door opened and in walked the Beatles.

Ringo sort of noticed us and said hi. We introduced ourselves for real at that point and said how we’d gotten in. Ringo thought it was funny that we would do that. He called John over and said, “Listen to this story,” and John had some cheeky response like, “So you wanted to meet us, now you’ve met us.” But Paul was saying, “Hey, George, have a listen to this,” and he played a few bars of what I now realize was the beginning of “Lovely Rita.” 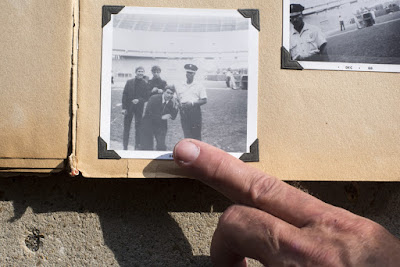