Continuing the behind-the-scenes look at the making of Beatles 1+.

And yet another preview from the upcoming Beatles 1+ video collection. At this rate we won't have to buy the thing!

A preview from the upcoming Beatles 1+ video collection.

This particular remix of "Say, Say, Say" is exclusive to the limited edition Record Store Day release. The flip-side of the record features an instrumental version of the same tune.

You can see the list of other Record Store Day releases here. 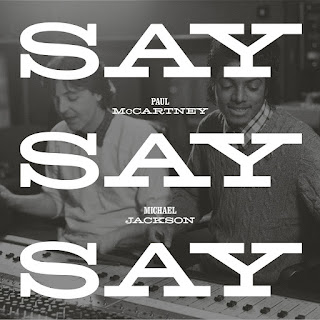 Beatles' restored "A Day in the Life" film

Another video from the upcoming Beatles 1+ collection.

Here's a peek at another of the promo films to be included in the upcoming Beatles 1+ video collection.

Part 3 of the official behind-the-scenes look at the work that went into the upcoming Beatles 1+ video collection.

Rolling Stone will post a video documentary on Ringo and his passion for photography on its website tomorrow. The short film is directed by professional photographer Marc Seliger. We'll provide the link once it's up!

Yet another remastered promo film from the upcoming Beatles 1+ video collection.

Another peek at one of the restored 1960s promo films included on the upcoming Beatles 1+ video release.

Via the Beatles' official YouTube/Vevo channels, here's a remastered version of the band's 1968 promo film of "Revolution," which will be included on the upcoming Beatles 1+ release.

Ringo under fire for comparing Liverpool to Compton

The Daily Star has a story today blasting Ringo for comparing his childhood neighborhood in Liverpool to gang-plagued Compton in Los Angeles.

Identified only as a "fellow Liverpudlian," James McMullan called Ringo an "idiot" for the remark.

“Compton is one of the worst places in the developed world for gang violence, robbery, rape and murders – to compare Liverpool to this place is disrespectful and out of touch," said McMullan.

“This will not please city leaders, police or many people who have lived here all their lives.”

Ringo made the remark during a radio interview, where he spoke about the sometimes hostile press reception the Beatles' got in the U.S. during their first visit in 1964. When addressed with silly or insulting questions, the band gave as good as they got - generally in a friendly and humorous way.

“You know, if you’re going to pick on me, brother, I’ll pick on you! You know what I mean? That’s where we come from, that neighbourhood," Ringo said.

“You know, the Compton, I call it, of England. I used that on my Twitter there. Straight outta Compton. I put ‘Straight Outta Liverpool’.”

This isn't the first time Ringo's run-afoul of the "Chamber of Commerce" view of Liverpool. He apologized in 2011 after joking in a TV interview that he missed "nothing" about his hometown.


What the Star doesn't mention is that Ringo's upbringing in the Dingle neighborhood of Liverpool was rough and that he did experience gang violence as a youngster. He was speaking to that experience, that time and that particular region of Liverpool, more than 60 years ago.

While not precisely Compton, it was a neighborhood where youth violence and poverty were very much present and where growing up could be a tough and sometimes fearful experience, leaving one with the "toughness" Ringo spoke of in his interview.

With that added perspective, the comments aren't as far off as they might initially seem.
at October 13, 2015 No comments:

John Lennon: Verbatim marks the iconic Beatle's 75th birthday on October 9th with a soundscape incorporating rarely heard archive interviews, poetry readings, studio outtakes and alternative recordings of some of his most acclaimed compositions. It's a personal insight into the creative genius of one of the 20th centuries most diverse artistes.

Long before public figures mastered the art of the sanitised sound bite to protect their privacy, Lennon always spoke openly and honestly about his art and his personal life, whether talking about his earliest childhood memories, the highs and lows of The Beatles or his solo career. Lennon loved radio because he found it more relaxing than coping with the confrontation of a television film crew, so his radio sessions were often very revealing and entertaining.

Collated from conversations recorded between 1962 and 1980, it's an opportunity to hear, in John's own words, the honesty and passion that fuelled his genius.

John Lennon would have been 75 today. 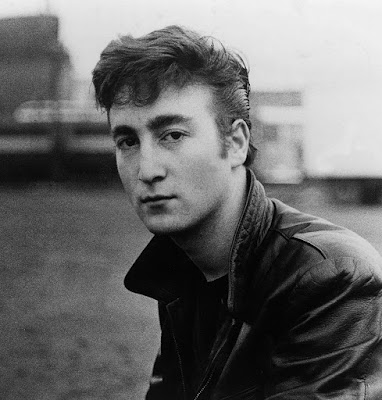 Don't worry, the image flips to the correct position after a bit. 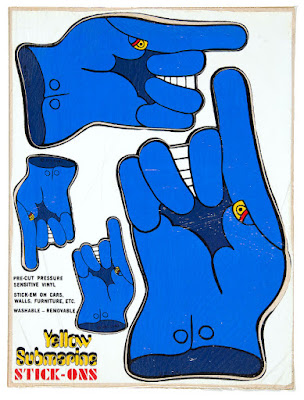