I'm kicking off a new series of occasional posts with this entry, but first some background:

Years ago, Beatles bootleg expert Doug Sulpy coined the phrase "core collection" as a way to designate unofficial releases worth owning because they include the most complete versions of rare tracks in the best-available sound quality.

By identifying "core" releases, Sulpy saved collectors a lot of time and money: We could hunt down the good stuff and avoid releases that merely provided recycled or sub-standard material.

Recently, I started thinking about applying a similar approach to Beatles books.
As everyone always notes, there are a zillion books about the band. But which of them are worth reading and keeping?

For me, this is more than just an intellectual exercise. I'm swamped in Beatles books.

I write about and review them here and in Beatlefan. I'm also writing my own Beatles book (yeah, I know, groan. But it's going to include lots of stuff that's never been written about elsewhere, and it's going to be great), so I have lots of books for research and reference, too.

But, at some point, I'd like to winnow down my library just to one book case in my basement office. So, what stays?

Obviously, there are numerous reasons why you'd want to keep a book.

Some books I'll never give up because I'm too emotionally and nostalgically attached to them. Some are beautifully illustrated and/or written and a joy to revisit. Others hold up as valuable references that I consult over and over. Others contain information you can't get anyplace else.

If a book is a "keeper" for any of those reasons, I consider it "core." Naturally, your bookcase may look a lot different from mine. But, starting with those post, I'll highlight my keepers and explain why I just can't let them go. 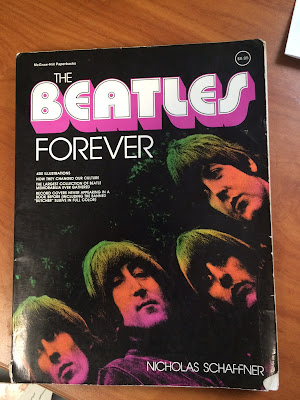 "The Beatles Forever" is not only one of my favorite Beatles books, but it's also the first one I ever owned.

I got it shortly after its paperback release in 1978, when I was 12 and just starting to listen to the Beatles on my own. I'd gotten into the band after hearing an older cousin play his Beatles records and after catching a glimpse of "Help!" on Saturday afternoon TV.

At some point, I must've brought the book to read or share with friends at school because my name and sixth-grade home room number are scribbled in the front cover. 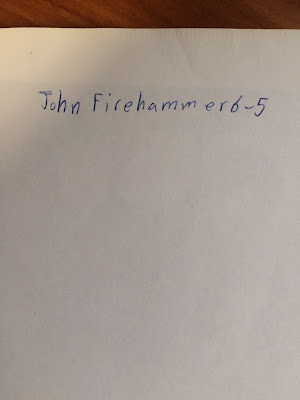 I can see why the book captivated my middle school mind. It's jam-packed with pictures of Beatles memorabilia, record covers and images of the group. 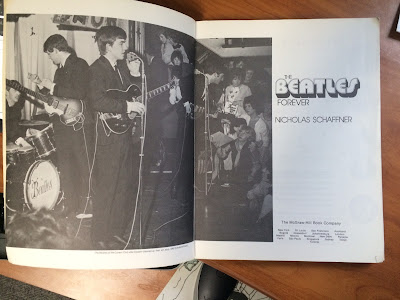 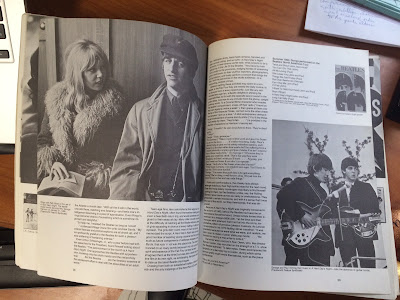 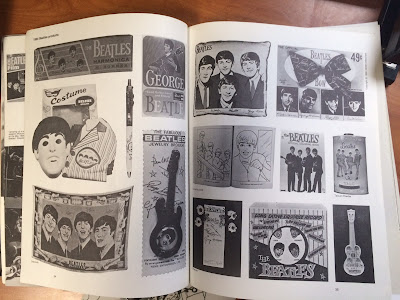 It also includes this awesome guide, republished from 16 Magazine, to who's who on the Sgt. Pepper cover. I spent a lot of time looking at this and making connections between the Beatles and other figures from pop culture. Yes, I realize that the Beatles didn't choose all the people who are included, but they picked a lot of them. And even those they didn't select were worth learning about. 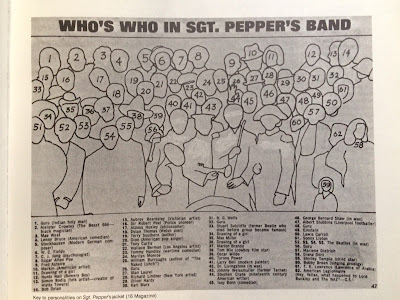 But beyond the pictures, this book is also beautifully and insightfully written. Author Nicholas Schaffner was only in his early 20s when it was published and it's a joy to read.

The book isn't a biography, per se, but a view of the Beatles in pop culture from a fan's perspective. Yet, Schaffner isn't fawning. He provides a thoughtful look at the Beatles and their work and its impact on the band's audience and the larger culture. He notes that not everything they did was great or well-received.

Reading it, I learned that the Beatles went far beyond just music. They had a major and continuing impact on society.

The post-Beatles years, up until 1977, are covered, too. Because it was written and published before John Lennon's death, I think you get a better sense of the group's legacy before people started sanctifying it and going out of their way to protect it.

There are also a number of great appendix items, including discographies, a bibliography of important Beatles books up to that time and a poll of "least favorite" Beatles tunes.

While the work of Mark Lewisohn and others have firmed up dates and provided tons more details about the Beatles' history, Schaffner's observations still carry relevance and this is still one of the most solidly entertaining Beatles books I've ever seen.

Schaffner's death of AIDS-releated illness in 1991 was a major loss. Yet, he left us with a book that 's still very much worth seeking out. You can find copies cheap, too. 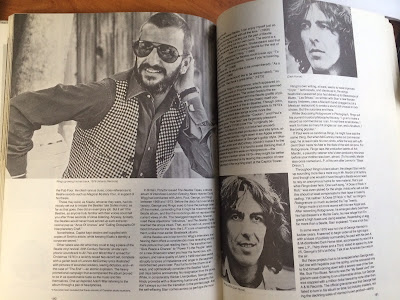 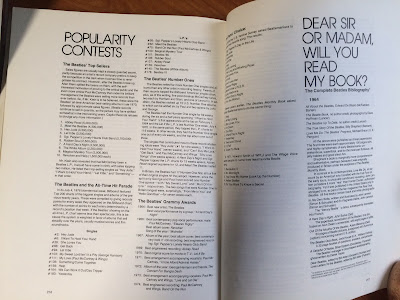 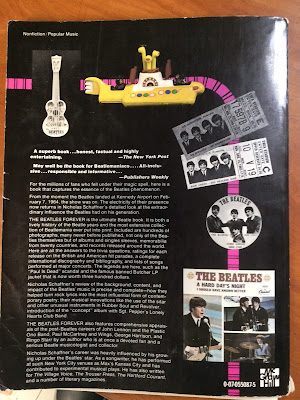 The Beatles Forever
Beatles Book Core Collection
Why:
Nostalgic value, wealth of illustrations, exceedingly well-written with shrewd observations about the Beatles and their history.