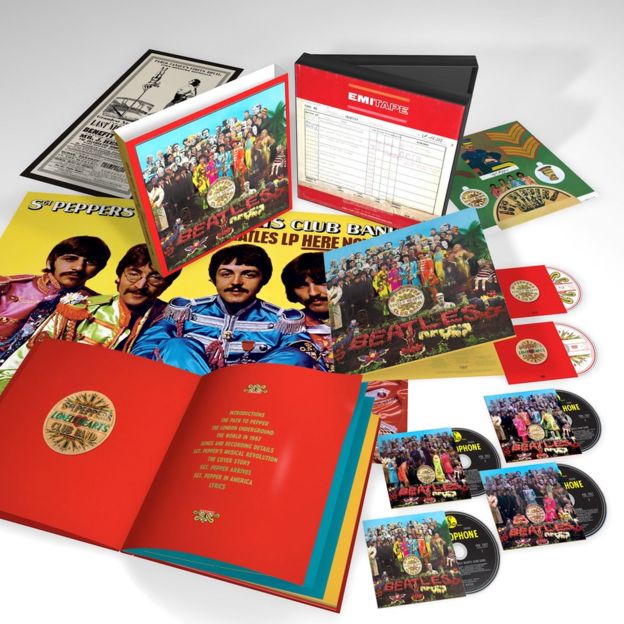 Paul McCartney has signed a copy of the recent Sgt. Pepper anniversary box set, which will be auctioned off to benefit the families of a girl killed and another injured during the Manchester Arena bombing in England last May.

The box set is set to be auctioned by Bonhams and proceeds will go to the families of Eilidh MacLeod, 14, who died in the attack and her friend Laura MacIntyre, 15, who was badly injured.

Roddy and Marion MacLeod, said, "We are extremely grateful for Sir Paul's kind gesture. People's generosity has helped us greatly in the aftermath of our loss and we can't thank them enough."

Twenty-two people were killed in the attack, which occurred during a concert by singer Ariana Grande.
at December 01, 2017 No comments: