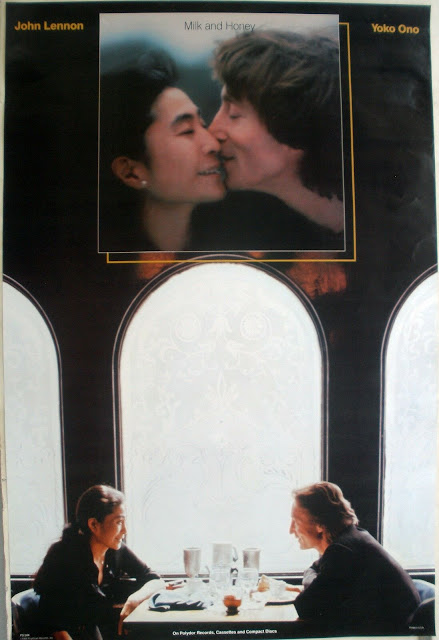 Email ThisBlogThis!Share to TwitterShare to FacebookShare to Pinterest
Labels: Milk and Honey

Sad news: A baby rhino paced in a nature conservancy via Ringo Starr's fundraising assistance and named Ringo in the musician's honor, has reportedly died. No details on the cause of death.

“When Ringo fell ill, our dedicated team of caregivers and vets ran tests, consulted specialists in South Africa and made him as comfortable as possible – monitoring him 24 hours a day.
Unfortunately, raising wild-born rhinos in captivity is notoriously difficult. Inevitably, no matter how hard we try, humans can never replicate the environment that a rhino calf would be exposed to in the wild.”
------

1960s pop artist Dudley Edwards and Paul McCartney biographer Chris Salewicz will share anecdotes about the Beatles and Rolling Stones at a "Spirit of '66" event in Harrogate, England, July 30.

Edwards helped found the artist collective BEV (for Binder, Edwards & Vaughan) and provided a psychedelic paint job for Paul McCartney's famed "magic piano" and for a Cobra car owned by the Beatles' friend Tara Browne, an heir to the Guiness brewing fortune who died in a car accident in 1967 and was immortalized in the lyrics of "A Day in the Life." 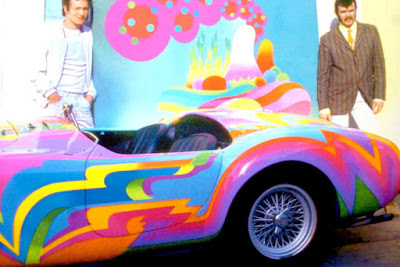 A re-discovered tape of a 1964 interview with the Beatles by British Armed Forces reporter Alistair McDougall is up for auction.


The original reel-to-reel tape recording could now sell for £10,000.

During the audio recording, McDougall asks the band if they would ever ‘consider taking up residence in America or even record over there’.

Gothamist has a two part (part one, part two) interview with Jack Douglas, who produced John Lennon and Yoko Ono's Double Fantasy LP and worked on earlier recordings by the pair.


Were the final sessions pretty quick? No, it was a long process. Like I said, we’re talking about like four records. He took a little time off, he told me he was going back to Bermuda to write, the plan was to do a Ringo album, Paul had already signed on. So it was going to be Paul and John and we were trying to get George to back Ringo, which would have been unbelievable.

He’d written a couple songs here and there specifically for Ringo, right? Like "I'm The Greatest"? Yeah, there were a bunch of things. Almost every song, at some point, he says, “Okay, this is for Ringo.” And it could be that the Milk and Honey record may have been... a lot of those songs ended up on Ringo’s record.

A handwritten letter Paul McCartney sent to Prince in 1966 asking for a donation to the Liverpool Institute of Performing Arts sold at auction for nearly $15,000. Here's the text and original:

Hi there! I know how hard it is to always be getting letters that ask for some favour or another, so it was not easy for me to accept the job of Lead Patron for a Performing Arts School to be located in my home town, Liverpool.

But, you guessed it! I did agree to do it, so now I'm writing to "friends and all good people" to try and interest them in the scheme.

The story started just after the inner-city riots in Liverpool a few years ago. A friend suggested that "what the city needs is a "Fame" School."

I liked the idea as a possible positive focus for local and overseas kids, but it was only later when I went back to my own old school that was in ruins, that I thought by locating a Performing Arts Centre there we could save the 1825 building in the process.

We're now well on our way, as the enclosed info shows, but there's still a lot to be done.

Now the hard part. A donation from you would be a great boost to the project, and I know your involvement in some way, would be a thrill for everyone concerned.

Hope you didn't mind me writing this, it's so long since I've written letters I feel like I'm back at school myself.

Anyway, one of these days you'll have to come and teach a class some moves!!

Who knows, it may turn out to be something special for thousands of future kids.

Thanks for looking at this. 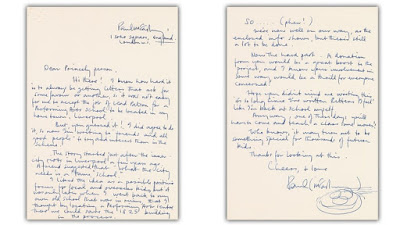