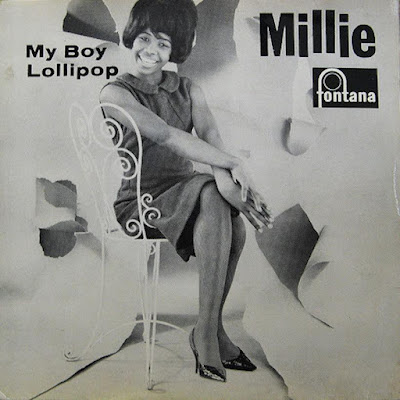 Pioneering ska singer Millie Small, who charted a number 2 British hit in 1964 with "My Boy Lollipop," died May 5 at age 73, the Jamaica Observer reports.

Small was romantically linked with Peter Asher of Peter and Gordon, though she later said their relationship was platonic.

She performed her biggest hit on the "Around the Beatles" TV special aired in England on this day, May 6, in 1964.

I couldn't find a clip of that performance, but here she is on "Ready, Steady Go!" from the same year.