Now 63, Abigail McKern shares memories of her experiences around the Beatles when her father Leo, worked with them on the film, "Help!," in 1965.

“I remember my father speaking to me and saying, ‘Don’t pester them, they are pestered by millions and millions of people wanting them and screaming at them, so just give them some space and respect and if you’re very good at the end of the filming, then I will ask them if they could do a signed photo’.”


“They were always really nice. Ringo was so sweet, I used to go tobogganing with him in the snow in Austria,” she recalled.
“John Lennon had only just had his son Julian Lennon at the time and he was missing him. My sister was six-months-old and he always used to say, ‘Can I hold Harriet on my lap?’ so he could cuddle her!”
at December 22, 2018 No comments:


Unseen footage of the Beatles larking around as they filmed a movie in the Austrian Alps has emerged after being stored in a garage for more than 50 years.
The footage, entitled Snow Scenes, was taken by the late actor Leo McKern ...

The film shows the Fab Four being very larky and giggly, pretending to play instruments in a brass band and messing around with their stunt doubles. As John Lennon once admitted, they were “smoking marijuana for breakfast” during that period. 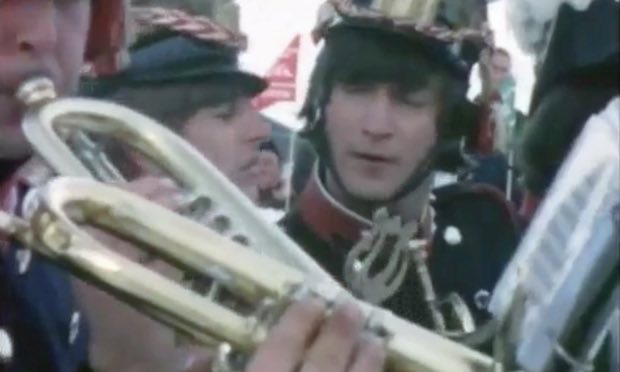