A look at how the cool/creepy video was created.

It’s been called “a funky transformation” (UPROXX) and a "groovy mashup” (AV CLUB) that "sounds more like a Sugarhill Gang track than the original song” (ROLLING STONE)… And now “Find My Way (feat. Beck)” has been #ThreeImagined as a psychedelic visual trip that blurs the boundaries of time, space — and even identity.

The “Find My Way (feat. Beck)” video was co-produced by Hyperreal Digital, which specializes in the creation of hyper-realistic digital avatars. "The technology to de-age talent and have them perform in creative environments like this is now fully-realized, even with one of the most recognized faces in the world," said Hyperreal's CEO Remington Scott.

Directed by Andrew Donoho (Janelle Monae, The Strokes, Khalid) and choreographed by Phil Tayag (Bruno Mars, Jabbawockeez), “Find My Way (feat. Beck)” was unveiled to the world today via a global broadcast premiere on MTV Live, MTVU and across MTV’s worldwide network of channels, as well as on the ViacomCBS Times Square billboard in New York.

"Find My Way (feat. Beck)” is the opening track of III Imagined, which is released on vinyl, CD, and cassette July 23 via Capitol Records. Order from Amazon now. 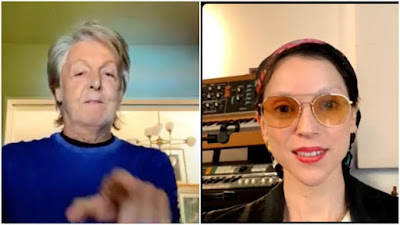 Variety has a long article draw from Paul McCartney's visit on Instagram yesterday with singer St. Vincent. You also can watch the video of the conversation below.

Among other things, the pair discusses St. Vincent's cover of "Women and Wives," which you can hear on the McCartney III Imagined covers album, out digitally today and on CD and vinyl July 23.

Paul mentions that he was in Los Angeles yesterday to see Peter Jackson's "The Beatles' Get Back" documentary with Ringo.

McCartney said yet another reason to be in Los Angeles at the moment had to do with an animated film called “High in the Clouds,” but a “Get Back” screening was his immediate focus for the evening. Director Peter Jackson has “taken old footage from when we did ‘Let It Be’ and … it looks beautiful. It’s very nice because you just see us working, but we’re twentysomething, so we’re young and beautiful.”

“When you’re watching the Beatles’ footage,” St. Vincent asked, “what do you feel when you see that stuff?”

“It’s funny… I knew Peter was a great director; he’d done ‘Lord of the Rings’ and all this. But what he was given was 56 hours of footage. So I said to him, ‘Ehhh — It was a little bit of a difficult period for me, so I’m not sure I’m going to like it.’ So he said, ‘Well, let me look at it. And he looked at it and got back to me and said, ‘It’s great. It’s friends — you’re just making the music.’ And he said, ‘The rapport is great; it’s just a little band working.’ And so he showed me some stuff, and I love it. It’s no bad vibes.

“And as you say, your question of what do I think looking back at it: It’s so nice, because I just see me goofing off with John, George and Ringo. We’re just goofing with each other, but at the same time we happen to be making this pretty cool album. I like looking back, because it’s my history. To me it always reminds me of a family snapshot album… It’s good for me.”

The McCartney III: Imagined album is out July 23 and available for order now from Amazon.
at April 07, 2021 No comments: 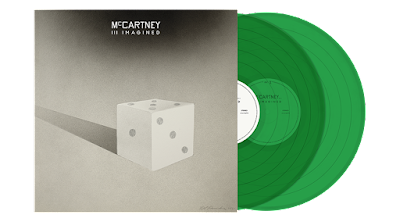 Some new info regarding the McCartney III covers album mentioned in our earlier post.

A limited quantity is available for this offer - until March 18 or while supplies last - so act quickly! 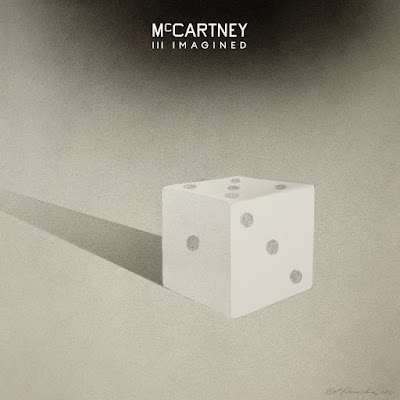 There've been murmurings of this over the past week and now it's official - a cover of the McCartney III album by various artists.

McCartney III: Imagined is out July 23 and available for pre-order now from Amazon.

Personally curated by Paul, McCartney III Imagined features an A-List assortment of friends, fans and brand new acquaintances, each covering and/or reimagining their favorite McCartney III moments in their own signature styles. The result is a kaleidoscopic reinterpretation of an album Rolling Stone accurately tagged “an inspiration to us all”—one that serves as an extension of the instantly beloved McCartney III while standing on its own as brilliant and adventurous milestone in the McCartney discography.

The first offering from McCartney III Imagined comes from American singer/rapper/songwriter Dominic Fike, whose cover of “The Kiss of Venus” transmutes the tender acoustic ballad into a retro-futuristic R&B tour de force. “The Kiss of Venus (Dominic Fike version)” is available digitally here, and a brand new video for the track can be seen below.

Originally released December 18, 2020, McCartney III is the third in a trilogy of home-made and self-titled albums that began with Paul's 1970 solo debut McCartney, and continued in 1980 with  McCartney II.  All three albums were written, performed and produced by Paul in varying states of isolation, all showcasing his unique creativity and inspired spontaneity.  Recorded in “Rockdown," McCartney III topped album charts across the world, scoring Paul his first UK#1 album  in 31 years – increasing his lead as the UK’s most successful chart act of all time.

McCartney III Imagined continues the tradition of the biggest and most diverse names in music covering Paul’s songs — an ever-expanding lineup that ranges from more recent versions by Billie Eilish, Harry Styles, Dave Grohl, Coldplay and The Cure, to interpretations over the years from the likes of U2, Guns N’ Roses, Earth Wind & Fire, Siouxsie and the Banshees, Marvin Gaye, Bill Withers, Joe Cocker, Stevie Wonder, Frank Sinatra, Elvis Presley, Ray Charles and so many more. McCartney III Imagined  is a testament of Paul’s enduring and unmatched influence, a legacy that stretches from “Yesterday” being the most covered song in contemporary musical history to the inspiration his current work continues to hold for generations of artists and fans.

Physical configurations of the album will feature the exclusive bonus track "Long Tailed Winter Bird (Idris Elba Remix) and are set for release this summer.