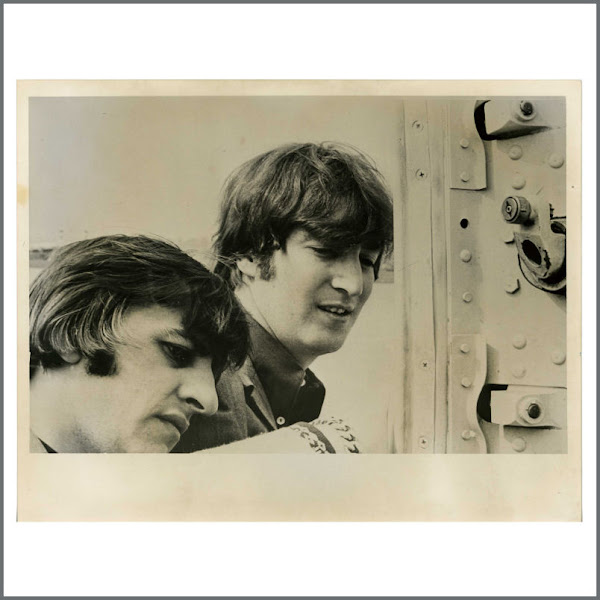 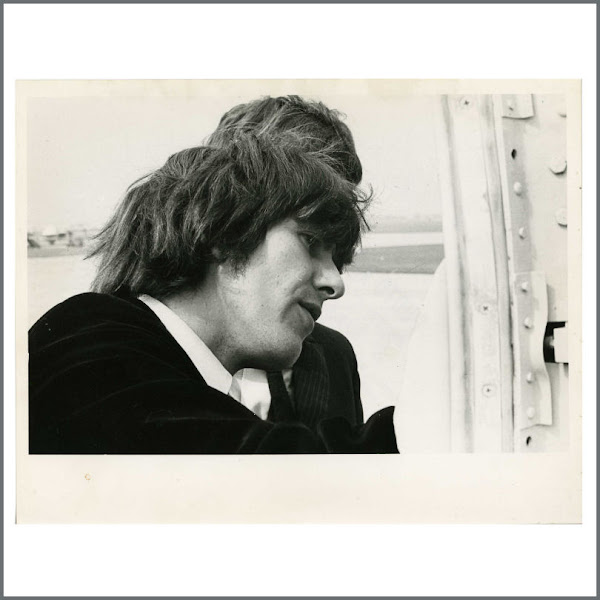 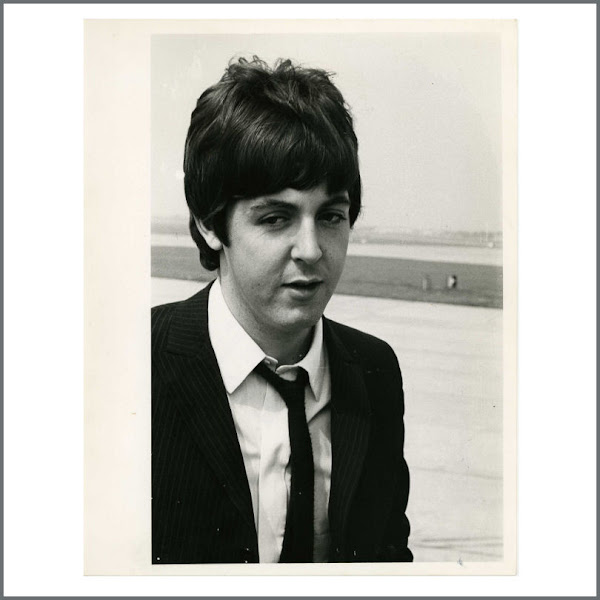 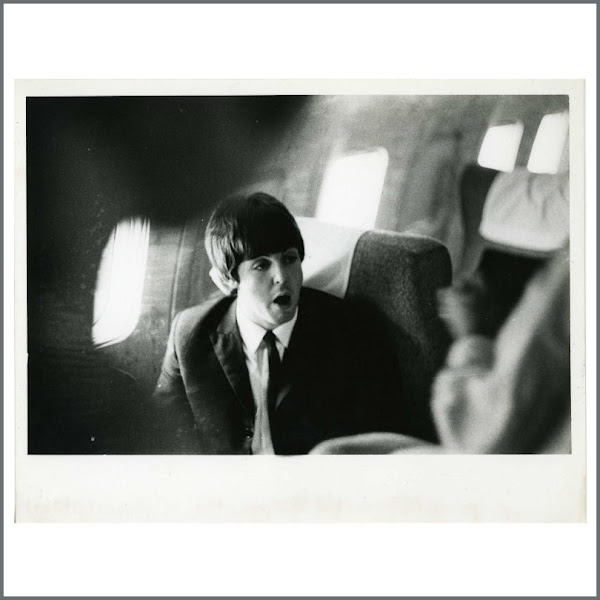 Artifact: Ticket order form for the Beatles at the Cow Palace, 1965 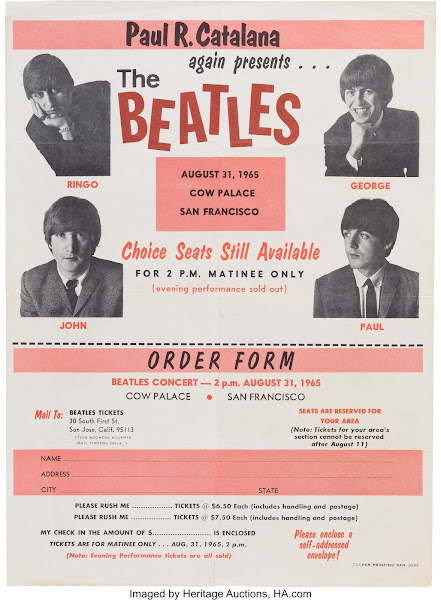 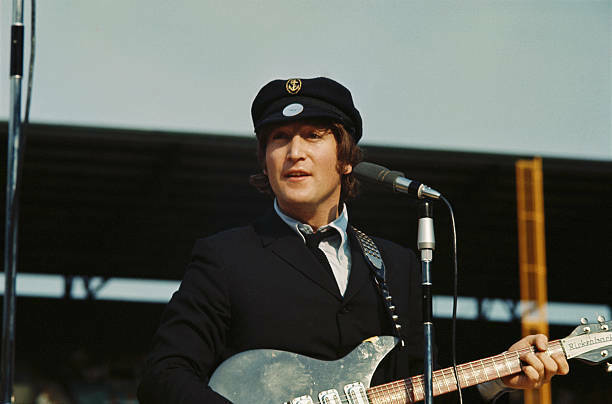 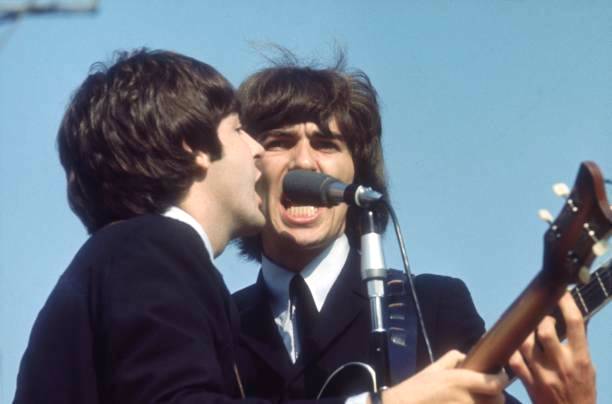 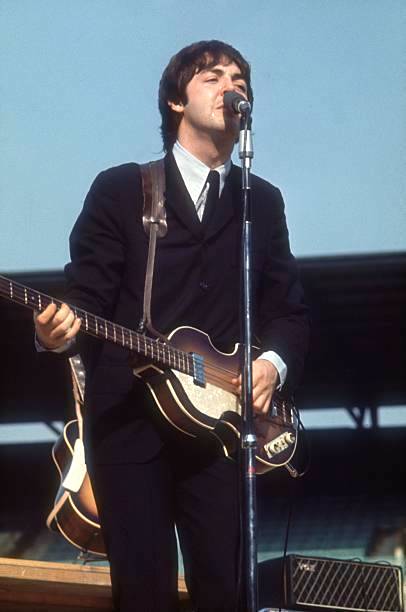 The girls who buzzed the Beatles by helicopter

Back in 1965, a group of Los Angeles Beatles fans rented a helicopter to fly over the Fabs' rented mansion in Benedict Canyon.

Now, the Los Angeles Times catches up with the "girls" for an update.

Kay turned to the Yellow Pages, for helicopter rentals — and found pilot Russell O'Quinn, who agreed to take them over the house for $50 an hour. The girls alerted the media, and on Aug. 25 flashbulbs popped as, one at a time, they took off from the roof of the Federal Building — where O'Quinn had permission to land — in the two-seat copter.The girls had sent the band a telegram, saying they'd take a wave as a sign that they could visit later that day.


The girls later got a call from Capitol Records inviting them to meet the Beatles in person at a press conference.

Out came the band, Harrison right in front of Kay. She told him that they were the helicopter girls. He asked, "Is your father rich or something?" John Lennon signed a book for Paula. The girls took it all in wide-eyed. 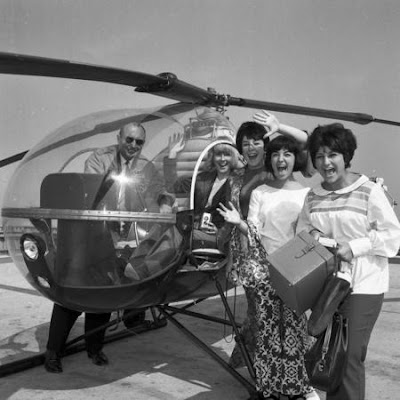