We've all seen Sgt. Pepper in the postcard included with the Beatles' LP. But who was that guy? Steve Marinucci reports:


While the picture of the man depicting “Sgt. Pepper” in the Beatles “Sgt. Pepper’s Lonely Hearts Club Band” album looks like a character out of a story book, he was actually a real person. His name was James Melvin Babington, and author Bruce Spizer says his new book  “The Beatles and Sgt. Pepper: A Fans’ Perspective,” reveals his identity and a little of his history for the first time.

Spizer, who talked about the discovery and the book this week on the weekly Beatles podcast “Things We Said Today,” credited the find to Frank Daniels, who wrote an essay for the book on Babington under the pseudo name Max Gretinski. “Both of us try to top each other with finding obscure stuff that I jokingly say only you, me and 15 other people in the world will care about,” Spizer told the radio show. Babington’s identity was confirmed by one of the men who were involved with creating the cover, Spizer said. 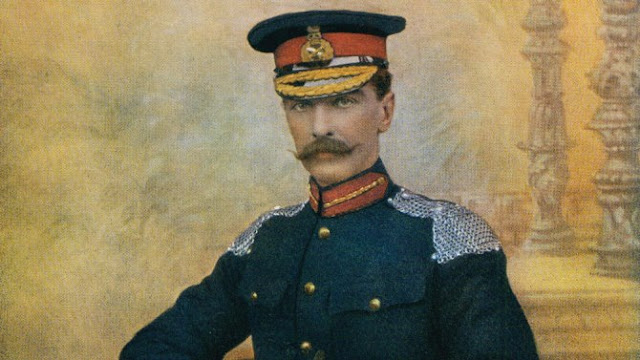