A gypsy caravan, painted in a Sgt. Pepper motif, that once sat on John Lennon's property outside London is the subject of a planned documentary film, Surrey Live reports.

The caravan went missing for a number of years after John gave it to Ringo but was rediscovered, badly damaged, in 2012.

"John and Yoko left it behind when they went to America, although they were hoping to come back."

"Ringo Starr moved into John's property and then John died. When Ringo sold the house he moved the caravan to his next property in Longcross and then for some reason he left it there."

While at Longcross, the caravan was "turned to splinters" when a tree fell on it during the Great Storm of 1987 and was not rediscovered until 2012 when the house was sold to a new owner, who in turn passed the caravan onto the charity.
A charity called the Delight Makers is restoring the wagon and plans to take it on tour around England once the work is completed.

More information about the restoration and documentary is available here. 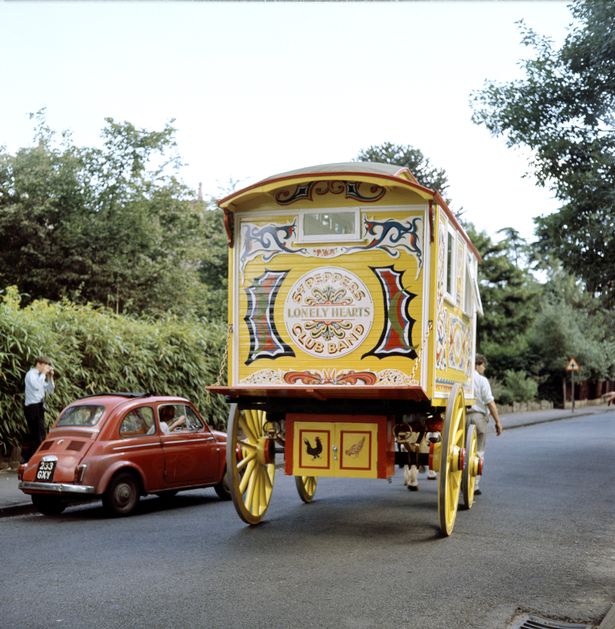