Did you know there are 132 "Abbey Roads" in Britain? This fan has visited each one. 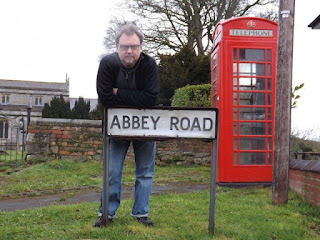 Remastered editions of the three Beatles Anthology compilations are now available for streaming. Additionally, Amazon is offering a selection of "highlights" as as a playlist and download.

Speaking of streaming, in just four months on Spotify, Apple Music, Amazon Prime and the like, the Beatles are proving as popular as ever - and more popular than the likes of Ed Sheerhan and Ariana Grande.


On Spotify alone, the Beatles have been snagging 6.5 million listeners a month, according to stats released from the company today about the band’s first 100 days on the service. That makes them more popular than contemporary pop artists like Ariana Grande and Ed Sheeran.


Spotify listeners don’t seem to care that the band doesn’t produce new tracks anymore—they’ve still streamed enough Beatles music to make up 24 million hours, or 2,793 entire years. While the US, UK, Mexico, and Sweden are the countries that stream the Beatles the most in the world, Mexico City stands out as the most enthusiastic single city.

Even more unexpected: 67% of the Beatles’ Spotify listeners are under 35 years old.

So far, the most-streamed Fabs song on Spotify is "Here Comes the Sun."