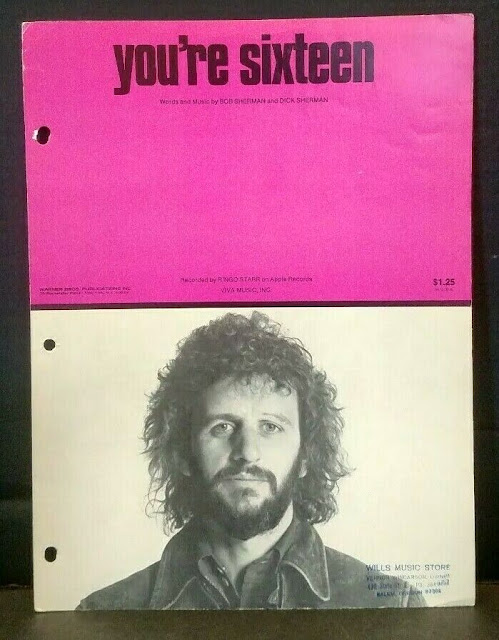 Ringo Starr's hit 1973 cover of "You're Sixteen" was referenced in news this week about embattled Alabama Senate nominee Roy Moore, who is accused of sexually harassing multiple women when they were teenagers.

“Ringo Starr hit No. 1 on the billboard charts with the song ‘You’re Sixteen, You’re Beautiful and You’re Mine.' And it was a remake of an earlier song. He was 30-something at the time, singing about a 16-year-old. You want to take away Ringo Starr’s achievement?”

I haven't seen any comments from Ringo, but hopefully this will all boost sales of his excellent Ringo LP, which features his rendition of the Johnny Burnette song.