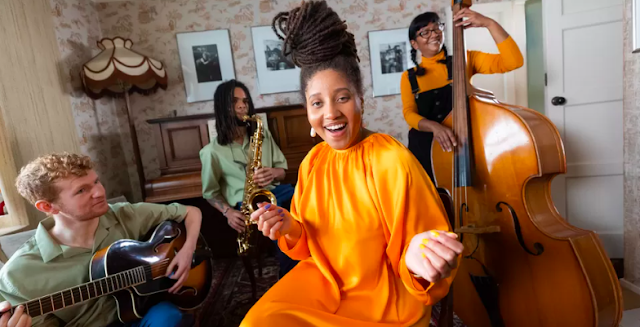 Two acts have recorded versions of the Beatles' debut single at Sir Paul McCartney's childhood home to mark the 60th anniversary of the song's release.

Released on 5 October 1962, Love Me Do reached number 17 in the UK and number one in the US two years later.

Maxine said there had been "a lot to live up to" in recording in the house.

The performances were arranged by the National Trust, which cares for 20 Forthlin Road, as part of a series of events to mark the anniversary.

The acts were chosen by Sir Paul's brother, Mike McCartney, the music writer and DJ Pete Paphides and representatives of the trust.

...McCartney said he wanted his old home to be a focal point for the anniversary, as it was the place where the Beatles first found their sound.

"Our message is [that] something extraordinary can happen, whoever or wherever you are, with creativity and love.

"Everyone is welcome here and we hope everyone is inspired here."

Forthlin Road Love Me Do (song)